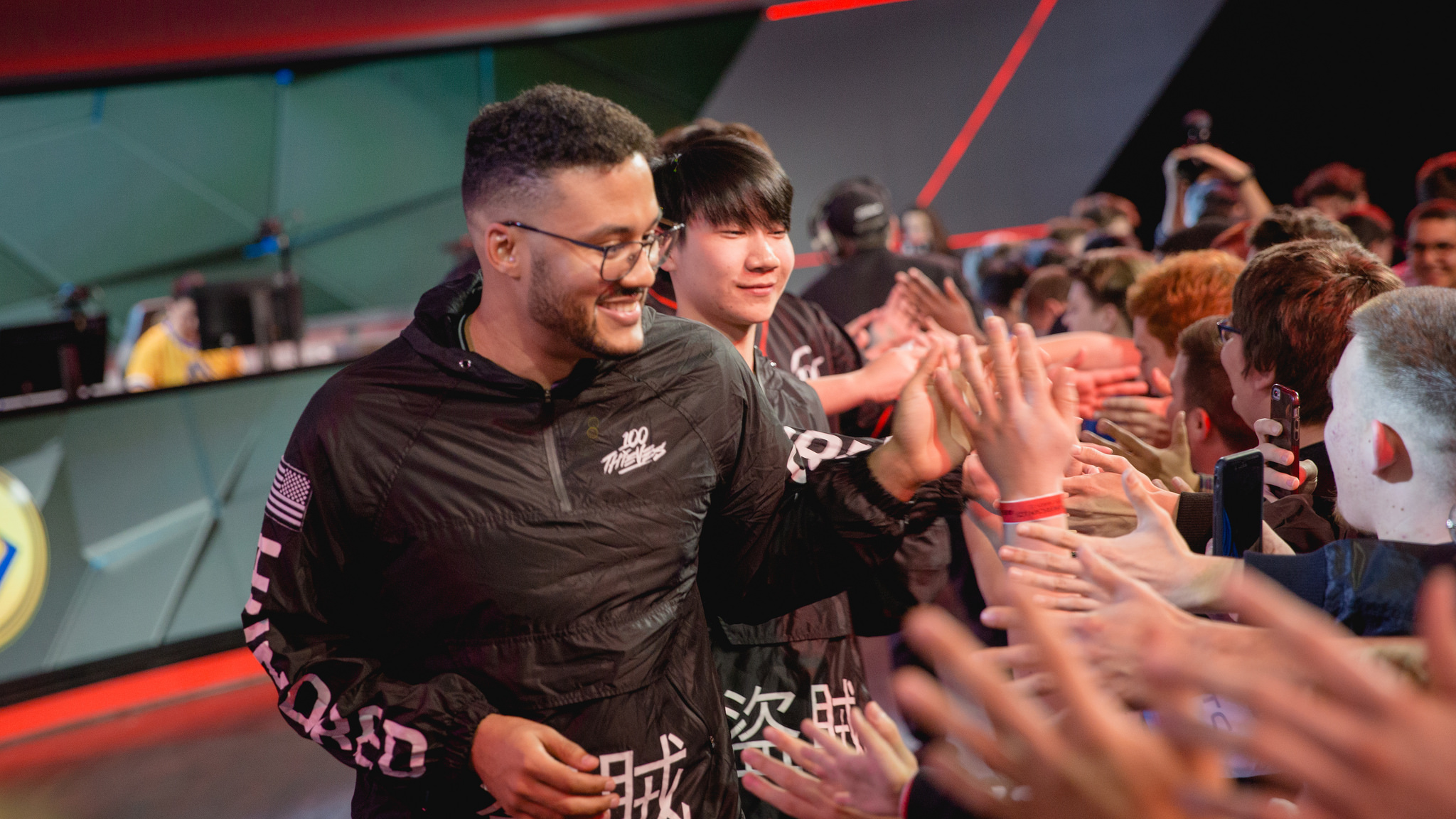 100 Thieves opened the ninth and final week of the 2018 NA LCS Spring Split with a decisive victory over fellow third-place team Clutch Gaming.

If you were to compare the rosters of 100 Thieves and Clutch Gaming, one glaring mismatch would immediately come to your attention—the top lane. With that said, it was no surprise that 100 Thieves’ focus this game was to punish Clutch Gaming’s rookie top laner, Colin “Solo” Earnest.

It took only three minutes for 100 Thieves to initiate three-man dives onto Solo with mid laner Yoo “Ryu” Sang-wook’s Taliyah, who was more than willing to give up early creep score in order to roam. 100 Thieves successfully repeated these roams onto Solo multiple times, while Clutch took the early Elemental Drakes in return.

But it didn’t take long for 100 Thieves to secure the top lane tower, and at that point, there were no Drakes up for Clutch to take—and thus, 100 Thieves’ stranglehold over the game began.

While 100 Thieves gave Clutch Gaming a chance to comeback after a botched bot lane dive, they quickly recouped those losses and much more with a great mid lane teamfight minutes later. This teamfight also rewarded 100 Thieves with a Baron.

100 Thieves, now with the Baron buff, could easily initiate the game’s conclusion with a push that Clutch Gaming couldn’t defend against. Led by Kim “Ssumday” Chan-ho’s ginormous Cho’Gath, 100 Thieves stomped through Clutch’s base to earn their 11th NA LCS win.

100 Thieves will face Golden Guardians on Sunday, March 18 in their final regular season match of the 2018 NA LCS Spring Split.