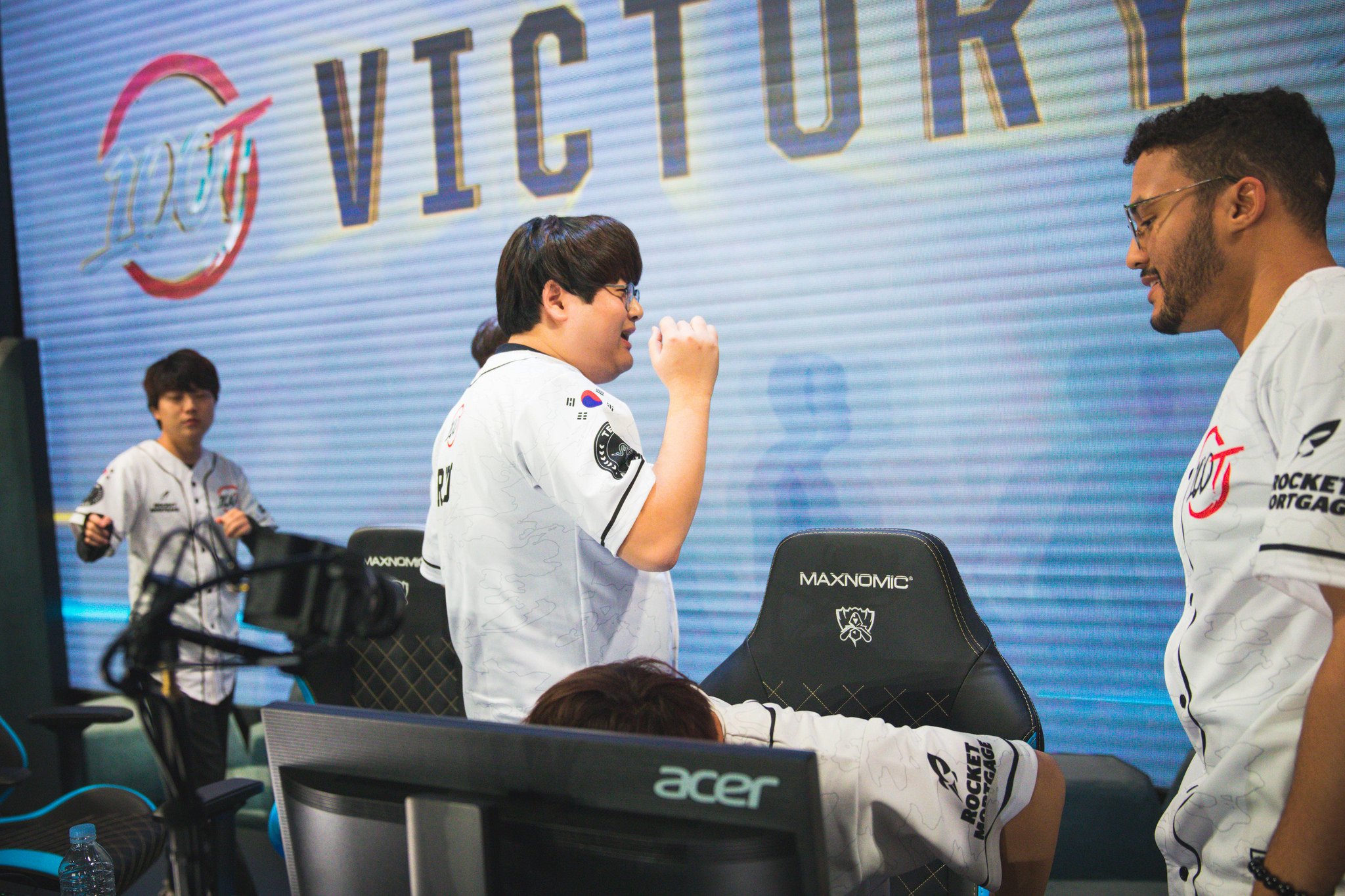 If you love surprises, Worlds 2018 has been a good tournament. For the first time since season two, the Korean teams have been knocked down a peg with a combined 5-4 record heading into the second half of the group stage. That means hope springs eternal for a champion to come out of nowhere. Who knows, maybe that team could even be from an LCS region.

Ok, that’s not actually realistic—China or Korea will win. But it does give us an excuse to look at how LCS teams are doing. Fnatic and G2 are chugging along while Liquid choke, just as we expected. But it seems like each year a team from the LCS regions comes out of nowhere to advance.

Last year, it was Cloud9 and Misfits. This year, the best candidates for the underdog role are 100 Thieves and Vitality. Both had big hills to climb to get past the group stage, but so far, they’re both still alive.

We thought before the tournament that 100 Thieves’ only shot at glory this year was to rely on Korean import top laner Kim “Ssumday” Chan-ho. Boy, were we right.

100 Thieves’ only win of the tournament came when he obliterated G-Rex by splitpushing with Urgot. And he was very nearly about to do the same thing to Invictus Gaming today before Andy “AnDa” Hoang messed up his pathing and handed over a litany of kills to the IG bot lane, literally the worst thing that could have happened in that matchup.

For 100 Thieves to advance, they need to beat G-Rex again and then get lucky against either IG or Fnatic. For that to happen, they have to get Ssumday on a carry, not the Ornn he picked in the first game against Fnatic. The team faces too many talent gaps for him to mess around with champions like that.

So he might as well bust out the Darius and go one-vs-nine. 100 Thieves are probably going to lose anyway, so they might as well go down in a blaze of glorious Darius dunks.

Vitality: Focus on what works

Vitality won their first game of the tournament in classic Vitality style: Splitpushing with mid laner Daniele “Jiizuke” di Mauro. Their first-year mid laner has consistently stood up to every test he’s been given this year. He’s leading the Worlds field in lane stats alongside notable stars like Song “Rookie” Eui-jin of Invictus Gaming.

But in Vitality’s subsequent loss to Cloud9, they went away from the Jiizuke-centric strategy and drafted a team comp that was designed to pick off Cloud9 players. That required them to be more active away from Jiizuke. They also had Jiizuke on LeBlanc, who’s not quite at the same level of a splitpusher as the AP Ekko he used in the victory vs. Gen.G

At the highest levels of League, teams are good enough to not only meet their own win conditions, but also deny their opponents that same opportunity. Vitality aren’t at that level. The good news? The teams in their group might not be either. Gen.G, the defending champions, couldn’t solve Jiizuke’s splitpush.

Vitality should trust him and put all their focus on getting him ahead while staying safe elsewhere, not picking people off. It might not work—but even if it doesn’t, Vitality can say that they played their way.