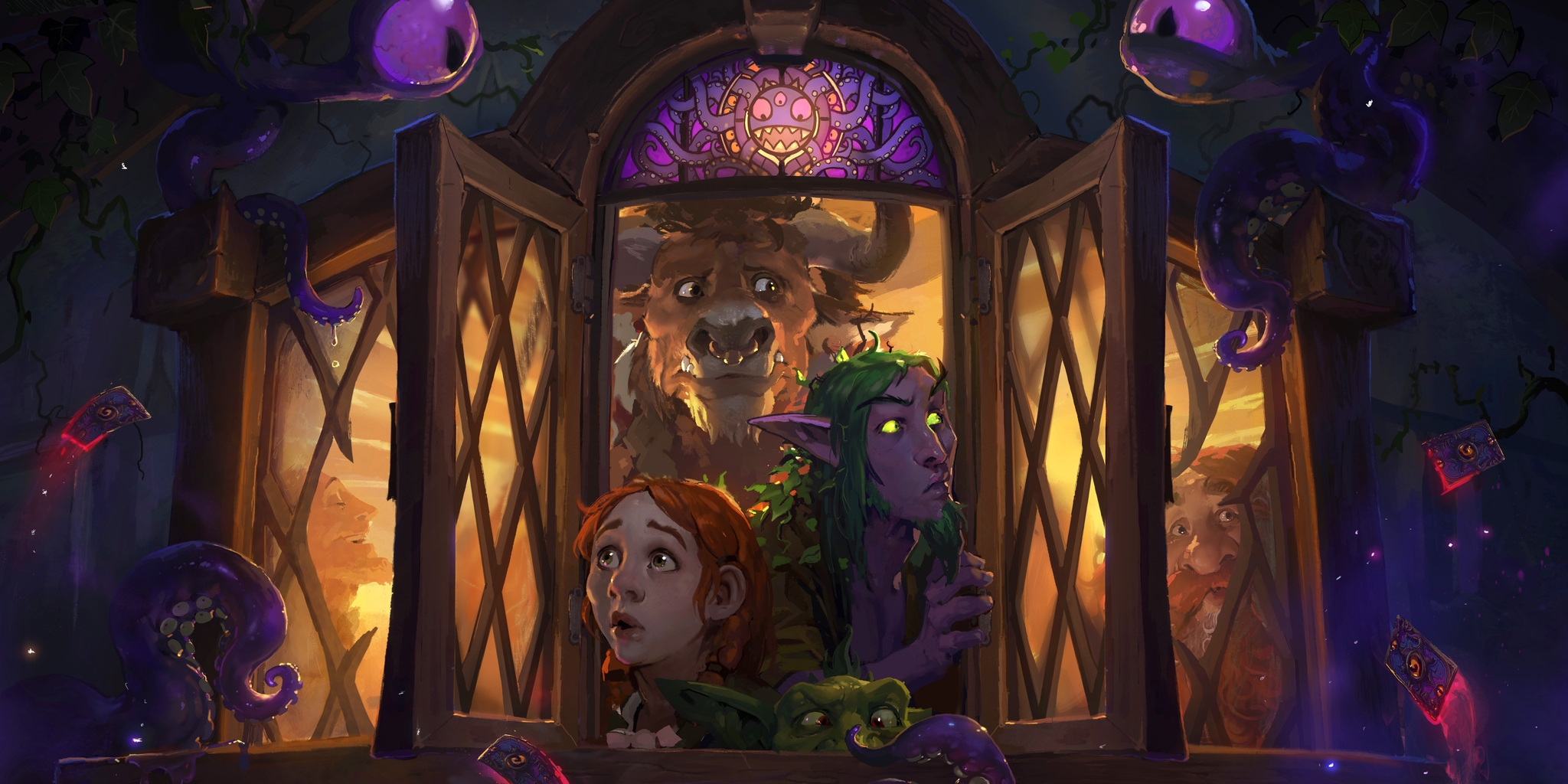 Hearthstone fans are pretty used to the number one insult thrown at the game, ‘It can’t be a real esport, it’s just RNG!’ Sometimes it’s from other esports communities, sometimes it comes from casual Hearthstone fans. But now there is one card that threatens to take to a level that many within the scene view as potentially ruinous.

It’s now been over two months since the release of Hearthstone’s latest expansion, Whispers of the Old Gods. In that expansion, four powerful, 10-mana legendary minions were added. Two of them, C’Thun and N’Zoth, have arguably been great. They have influenced archetypes and led to greater deck diversity. Y’Shaarj has sadly yet to find a home.

But the fourth Old God, Yogg-Saron, is the one that has me worried.

Yogg casts a random spell, of any class or power, for each spell you’ve already cast in that game. The possibilities are almost endless. It can create some hilarious scenarios and lead to unforgettable moments on ladder. Most people thought the card would be too gimmicky to see any high level play, and would be a cool card for those who enjoy creating crazy and wacky moments without taking games too seriously.

Unfortunately, Yogg’s power level appears to have been drastically underestimated. The array of powerful spells available mean that no matter how well you have played to that point, your opponent can blow you out with Yogg and leave you with nothing.

This analysis by HearthHead acutely illustrates the problem. There are 211 spells in the game, and 49 percent of them can be objectively beneficial in almost every circumstance. A further 40 percent is categorized as “risky”, but this includes cards like Twisting Nether and DOOM, which are definitely good if you are behind on board, and all the damage spells which have a chance to hit any minion or any character in the game. You have a 10 percent chance of getting some kind of board control, clear or area of effect damage. Couple that with getting good rolls on direct damage spells or effects, and Yogg is incredibly powerful.

This move towards Yogg being viewed as competitive was clear in the recent DreamHack Summer tournament. Out of 191 players in the event, one in five had Yogg-Saron in at least one deck, including three of the top eight finishers.

Just last week, during a pro qualifier for the $30,000 Truesilver Championship, Haiyun “Eloise” Tang used Yogg-Saron to win a qualification spot. With just nine health, no board and facing down four minions, Yogg cleared the board and gave Eloise eight life back. She went on to win the series, an outcome that seemed unfathomable before the Yogg was played.

That clip shows one of the most powerful aspects of Yogg: If you have no minions, none of them can be damaged and your odds of hitting your opponent and his minions are dramatically increased. Basically the further behind you are, the better Yogg is.

All this leads me to one conclusion: Yogg-Saron’s inclusion in the game is potentially ruinous on a competitive level.

Imagine the scene: $250,000 is on the line in the Hearthstone World Championship final, and it’s two games a piece. One player is in the ascendancy, having brilliantly piloted his deck to a seemingly insurmountable position with a full board of minions, very little life lost and his opponent facing down lethal next turn. And out comes Yogg. Suddenly the game is turned on its head, and the second player wins.

What does this do for the reputation of the game? It reinforces the belief that Hearthstone is a skill-light, luck-heavy game where the players who win don’t really do anything better than anyone else. For the player that wins, it is an immediate hit to their credibility as “world champion.” They will always be the person who only won because they got lucky. And that is poison for a competitive esports career.

Blizzard has previously nerfed cards like Starving Buzzard and Gadgetzan Auctioneer for being too powerful while, at the same time,  not being interactive or fun to play against. I can’t think of anything which more accurately meets those same criteria than Yogg-Saron.

We are already seeing Yogg deciding high level matches, and that’s just not good for anyone or for the long term health of the scene. If it becomes the norm rather than a crazy highlight, and games start being about who gets the best Yogg luck, Hearthstone could be finished as an esport.