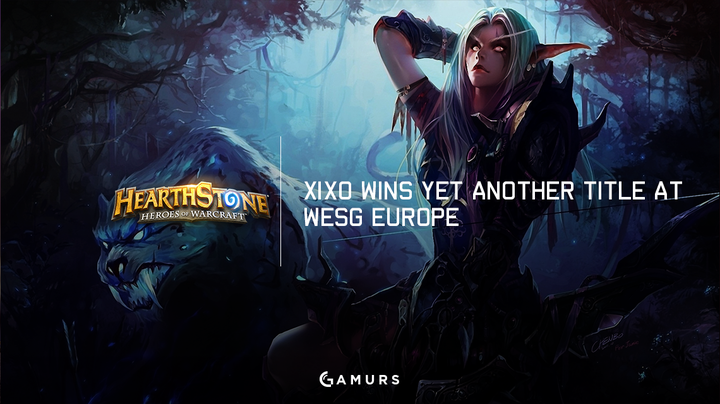 WESG Europe concluded and crowned Sebastian “Xixo” Bentert as the new champion. This marks Xixo’s second LAN title for this year, after the StarSeries Season 2 triumph.

The ex-Na`Vi player keeps showing that he is one to be feared in events with his recent performance. Xixo suffered only one loss in the tournament from Elliot “Fluffy” Karlsson in the tiebreaker. The playoff bracket started a bit tough for Xixo as he almost lost to Eirik “Diggen” Aarvig, one of the most prominent players in Europe, with a very close Bo7 series and a score of 4-3.

After that match, Xixo made it seem easy, winning over the Spanish Pablo “kazediel” Otero with a 4-1 and a perfect 4-0 over Russia’s Mikhail “korvus” Portyansky. In the Grand Final, he met with Alliance’s Jon “Orange” Westberg who he would manage to win with a 4-2 to grab the gold. This first place earned him another prestigious title as well as $12,000, making this a profitable year for him, and probably his best year in Hearthstone so far.

There is no doubt that Xixo and his team are currently the hottest free agents in the market right now and it won’t be long till either Xixo, or all of the guys find a new home. WESG Americas and the LAN finals are bound to take place on October 23-24 in Brazil.

What are your thoughts on Xixo’s win? Let us know in the comments below or by tweeting us @GAMURScom.