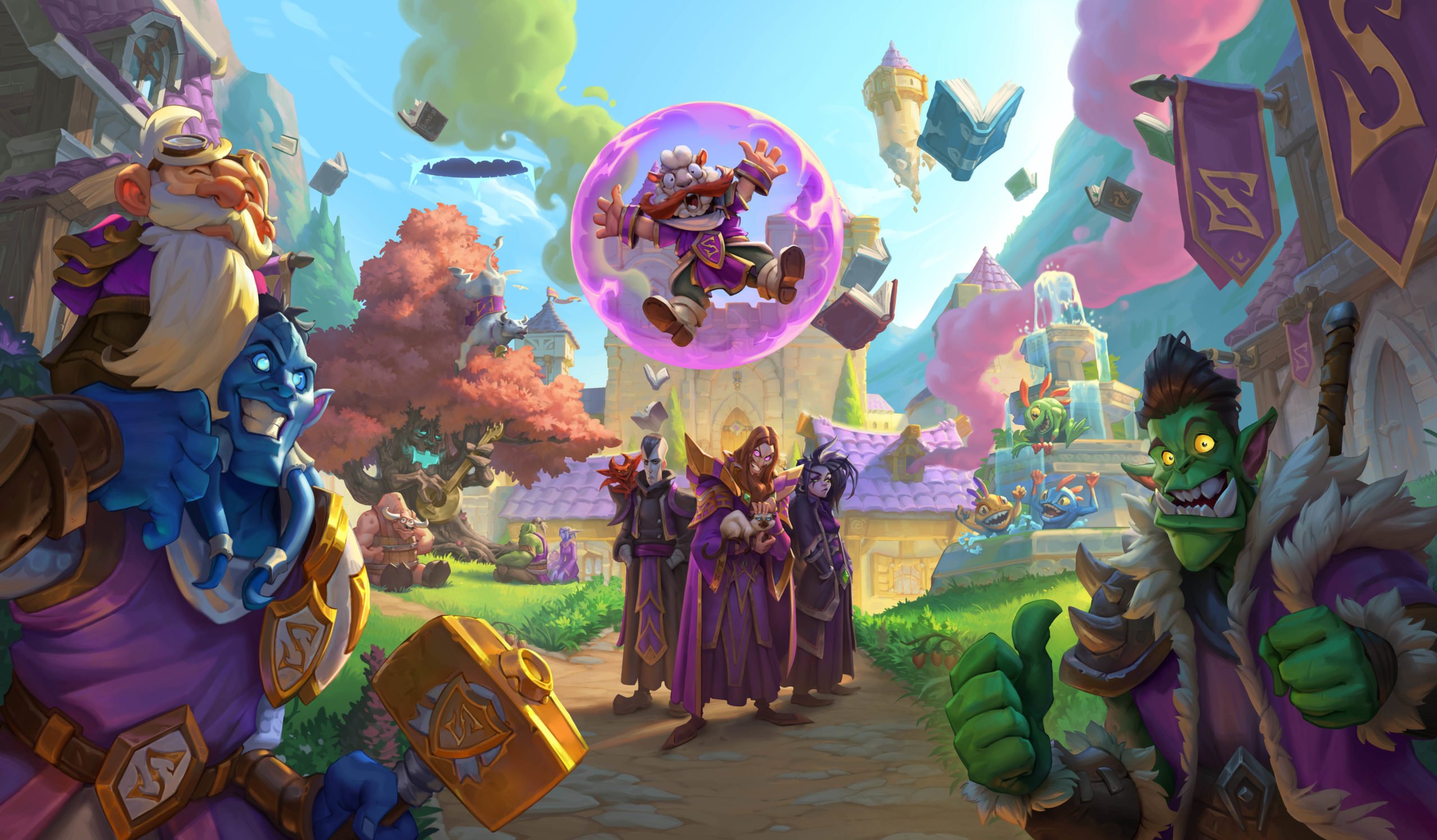 Wolpertinger is a one-cost Hunter Beast with one Attack, one Health, and a Battlecry. When it’s placed on the battlefield, it summons a copy of itself.

It’s essentially Alleycat. But instead of being a cute cat, it’s a terrifying rabbit with antlers and wings. It’s also slightly better than Alleycat due to hand buff potential.

Carrion Studies and Overwhelm, however, are both one-cost Hunter spells. Carrion Studies Discovers a Deathrattle minion. Similar to other Study cards revealed this season, your next one costs one less mana.

Overwhelm deals two damage to a minion and deals one more damage for each Beast you control.

Carrion Studies is a decent addition to Deathrattle Hunter. It appears to be a midrange card and will unlikely be used in aggressive and face-oriented decks.

Overwhelm, though, is more suited to a standard Hunter playstyle and could fit in a number of different decks. When combined with a full set of Beasts, it has the potential to deal tons of damage.

Scholomance Academy is set to drop on Aug. 6. Fans can pre-purchase the expansion today in one of two bundles from Blizzard’s online.