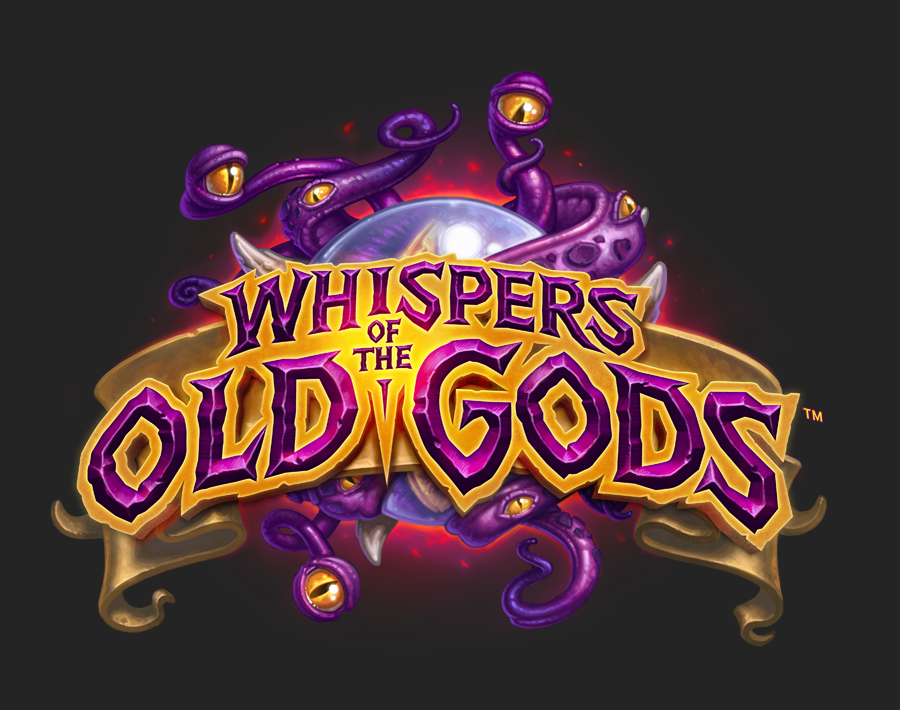 Today, Blizzard announced its next Hearthstone Expansion: Whispers of the Old Gods. The long awaited expansion’s cards will be revealed over the next few weeks, but the first six were already revealed and displayed below.

After many speculations leading up to the announcement, the developers cleared the air by providing valuable information on what’s to come. The third expansion of Hearthstone, Whispers of the Old Gods, will arrive between late April and early May, bringing 134 new cards with it with 4 of them being the Old Gods as legendaries: C’Thun, Yogg-Saron, N’Zoth, and Y’Shaarj. C’thun, the only legendary revealed so far, will be buffable by various cards (cultists). All players will be gifted three Old Gods packs and the first one will have C’Thun inside. Starting March 14, players will be able to pre-purchase a 50-pack bundle of Whispers of the Old Gods card packs for $49.99 prior to the expansion’s official release and get an animated cardback. Along with the expansion, the also long awaited Standard Format will hit the Tavern. “Corrupted” cards are the new theme, which are old cards that have been “influenced” by the Old Gods and have their stats changed. As we get closer to the release date, approximately one week before, there will also be an announcement on which classic cards will be nerfed; ten to twelve cards are being subject to change so far. The patch brings 9 extra deck slots and the Deck Recipes will be hitting the client on Monday, March 14. Here are the first six cards that were revealed during the announcement:

We hope you are all hyped and we will continue to bring you the newly revealed cards as soon as they are available. Stay tuned!