Salutations everyone! Welcome to this, the first of many “hand up’s” as opposed to “hand out’s” to get you through this week’s Tavern Brawl: Captain Blackheart’s Treasure. I was just recently successful with this particular Tavern Brawl, and I hope that perhaps in combination with the humble offerings of this guide, a pinch of luck, and a serving of common sense you too with find a path to victory.

As I covered in the last article, Tavern Brawl is considered to be more of a “fun” mode, an alternative to arena and the ladder to break up the monotony of the two main options of game play. I enjoy it because it allows players to opportunity to play with cards that they may not have in their collections or don’t see much in regular game play because they are over powered and over shadowed by stronger, more versatile cards. Plus the opportunity to win a card pack every week ain’t to shabby, either.

What really makes Tavern Brawl different and enjoyable are the ridiculous and often times even silly rules you’re forced to adhere to throughout the game. This week the rules are pretty simple:

CHOOSE A RANDOM CARD TO KEEP EVERY TURN, AND BEAT YOUR OPPONENT.

-“The Captain left treasure for EVERYONE, but mostly for you! Each turn, open a chest of three random cards and choose one to put in your hand!” 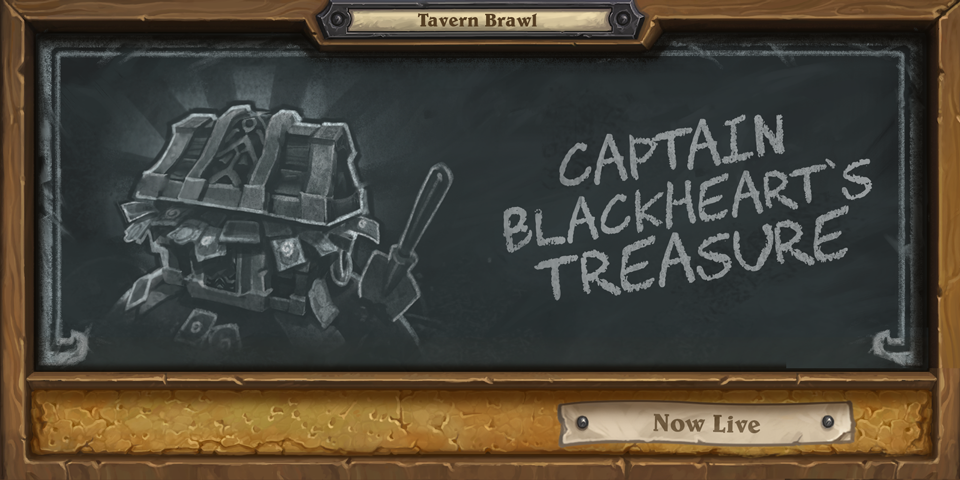 This week, the “discover” mechanic is heavily in use allowing you to choose 1 of 3 random cards shown to you. Additionally, I see some good news especially for those players with small collections, the decks for this brawl are pre-made and provided to you. Of course as in the vast majority of Hearthstone, part of the game will be decided on RNG, but part of it will also be decided upon the player’s ability to make sound decisions. That’s where I come in–put these sound strategies below to the test, as well as your own grit and know how and you’ll be through this week’s Brawl before you know it. Also don’t forget to pick up that free pack of cards on your way to victory!

The Tips and The Tricks

Ha card draw you say? Nah, don’t need it. That’s why this week’s Tavern Brawl (as was mentioned earlier) was gracious enough to provide you with the “discover” mechanic. Don’t look at me like that. That’s right buttercup. Your card draw essentially comes from choosing what one card you want from your choice of three. Like Arena mode, the card you end up choosing will either go straight to your hand, or go into your deck.

The “discover” mechanic is limited to neutrals and class specific cards that correlate directly to which ever hero class you end up playing as, which by the way you’ll be 4 times more likely to draw than a neutral minion. If you do end up with a card drawing mechanic like acolyte-of-pain or novice-engineer, you’ll end up drawing into a pirate, so they’re pretty lackluster to have. Tip: Don’t pick cards with card drawing mechanics.

I’d say that really paying attention to hero power is important when deciding on which Hero to select. Hero’s with damage-dealing and healing type powers seem to do the best. However, remember the very best aspect about brawl in the first place is the ability to find really great results in the strangest places. So feel free to experiment with the Warlock or Shaman or any other hero you think probably wouldn’t jive to well with this Tavern Brawl.

To many this may seem like a heavy dose of common sense, but to others maybe not. If both players decks are completely all filled up with 2 mana costing pirates, in what universe is it possible to win a Joust? Remember this cold hard truth: There are no silver medals given out for draws or second place. You will not get the effect you want if your deck is heavy with Joust minions, so do your best to try to keep it balanced. Moral of the story: Do not just pick Joust minions.

Choosing a card via the “discover” mechanic is the most critical aspect to winning this Brawl, more so than any other decision you make. Therefore, I’ve compiled a short list below, to assist you in making your choices a bit more sound and hopefully easier. 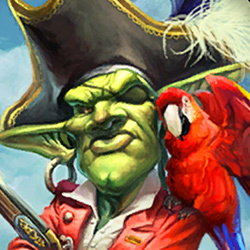 Additionally, don’t forget that unlike the Arena you don’t have 3 minutes to microwave a frozen burrito, drive to 7/11 buy a slurpee, stop by at the mall and purchase a pair of jeans from the gap, and then choose which card you want. Here, the time you waste deciding on which card to choose goes against you the same way it would on the ladder, while you are sitting there deciding which play to make during your turn. So, always remember time is ticking.

As I mentioned earlier, your starting hand will consist solely of 2-drop pirates. It’s important that you start to build your hand up, so you have something to fill your mana slots up with after that. What I’m saying here is that what you might consider a bad 4-drop on T-4 is better than a good 3-drop on the same turn.

I have found that whenever possible, do as much damage as possible. If you are presented with some really crazy choice, like dropping a huge late game threat early on, don’t save it–drop it like its hot, especially if you have early board control. If you survive into the late game, that same late game threat can present you with a huge momentum swing and create a lot of tempo in your favor. Now, situation will dictate so if you’re playing from behind go with the safer 3 drop on T-3 and smooth out the curve, and minimize the risk.

Try to keep in the back of your mind that RNG plays a big factor in Hearthstone. So, don’t be surprised if your opponent draws into the very card needed at the exact moment it’s needed to seal your fate. A Mage wiping you out with a flamestrike or a Priest  laying you out with entomb is a very real possibility at the worst possible time. The “discover” mechanic is built to provide a player with a class specific minion or spell 4 times as often as anything else, so it’s EXTREMELY likely that your opponent will draw into one of their AOE components of their arsenal a lot sooner than later.

As with any game mode within Hearthstone, card advantage will always give you a higher chance of winning any given match even if that’s the only thing you have going in your favor. It’s that critical. Try and use your Hero power before you use anything else. If you don’t have to  use a minion or a spell, consider hanging on to it for a time in the not-so-distant future when you may truly need it.

Remember, Tavern Brawl is meant for you to have fun above and beyond everything else! So don’t get too carried away with anger if your opponent seems to get every single card that is needed every single time it’s needed. Your time will come. Just keep plugging away, and victory will come. Feel free to leave me any questions, comments or ideas you may have to get through this Tavern Brawl that weren’t covered here. Until Next Time!