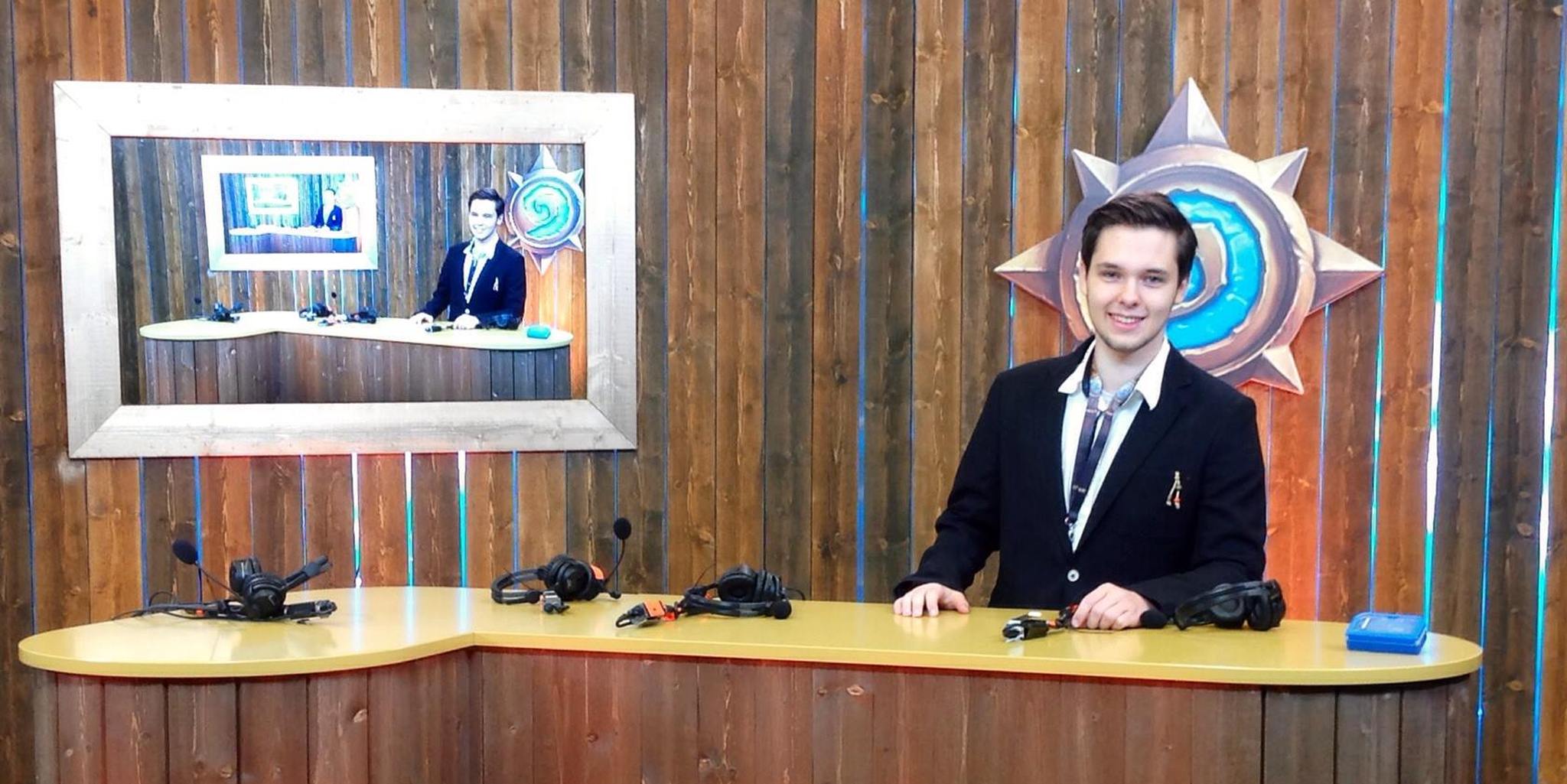 If you’re like me and spend several hours each week watching competitive Hearthstone, you’ve probably stumbled across a couple videos brazenly entitled “Funny and Lucky Moments in Hearthstone.” They run about three minutes and feature a weekly dose of the insane, unexpected swerves the game can take every once in a while.

Hearthstone is an unpredictable game, so it’s good that when someone Mind Control Tech’s a Knife Juggler onto their side of the board for that 0.1 percent chance at exact lethal, someone is there to document it, and to make sure it’s accompanied with the exact right sort of dubstep.

Plenty of people are putting together highlight reels in esports, but you really have to respect Andrey “Trolden” Nolden for going above and beyond. The young Czech is precise in his editing and can get new content out at a remarkably efficient pace. There’s a certain generosity that goes into embedding the Wally gif into the Unstable Portal animation, a significant amount of work for a joke that would last maybe two seconds. We caught up with Nolden to talk about his work ethic, his humor, and his relative fame in the Hearthstone community.

How long have you been playing Hearthstone?

“This is the happiest I’ve ever been in my life.”

I’ve been playing Hearthstone since closed Beta was released in Europe. This is probably why I got so addicted to the game, At first I wasn’t in the beta, so I wasted countless hours participating in every giveaway possible (I still hate that BlizzardCS contest, where you had to be the first one to message them and bots took over), but when I actually got to play, I just couldn’t stop.

Have you been surprised at the reaction to Funny and Lucky Moments?

That definitely surprises me, but most importantly makes me really happy. I’ll keep making people happy with my videos because this is the happiest I’ve ever been in my life.

The new cards, like Unstable Portal and the Shredders, seem totally designed to be great in Funny and Lucky Moments. Are you excited to see what happens with them?

“I think what makes the community so different is because the game wasn’t designed to be taken super seriously.”

Some of the newest cards are definitely crazy! I am still a bit concerned about cards like Unstable Portal—it’s insanely good right now, but might cause too much RNG in the competitive scene. But come on, I am not going to complain about it, so many fun things happened already and we are only two weeks into the expansion. Overall, I love Blizzard Team 5, they know where they’re doing with the game and how to make it more enjoyable, so cards like these definitely help.

How long does it take to make a new episode of Funny and Lucky Moments?

That entirely depends on my mood, amount of fresh content, tournaments and so on. For example, right now I’ve been working almost non-stop making new episodes, I’ve managed to release one every two days so far, but I work a lot to make that happen. When there is less content around, I can spend an entire day watching streams while looking for something.

One of my favorite episodes of Funny and Lucky Moments is that time that guy played a Millhouse Manastorm against an Archmage Antonidas. What are your favorites?

Oh, I love that episode! I am not sure which one’s the best for me though, I put my heart and soul into every one of them, but if I had to choose something, I seriously love Bonus clip for my latest Episode (it’s 78), bonus for Episode 70 and the clip where Reynad stopped streaming after 10 minutes because of bad Bomber RNG.

What do you like most about the Hearthstone community?

“When I actually got to play, I just couldn’t stop.”

I love the Hearthstone community! There are many great players, personalities. We also have Ben Brode!

I remember when Hearthstone first came out, some guy was streaming arenas, screen sharing it via Skype and letting people who weren’t in the beta play the game that way. I was waiting for three hours to play, but when I did, oh boy was that fun!

I think what makes the community so different is because the game wasn’t designed to be taken super seriously. It has a pro scene now, but it was created as something that would be played for fun, and there are so many people who just want to have fun! I think that’s what unites us.