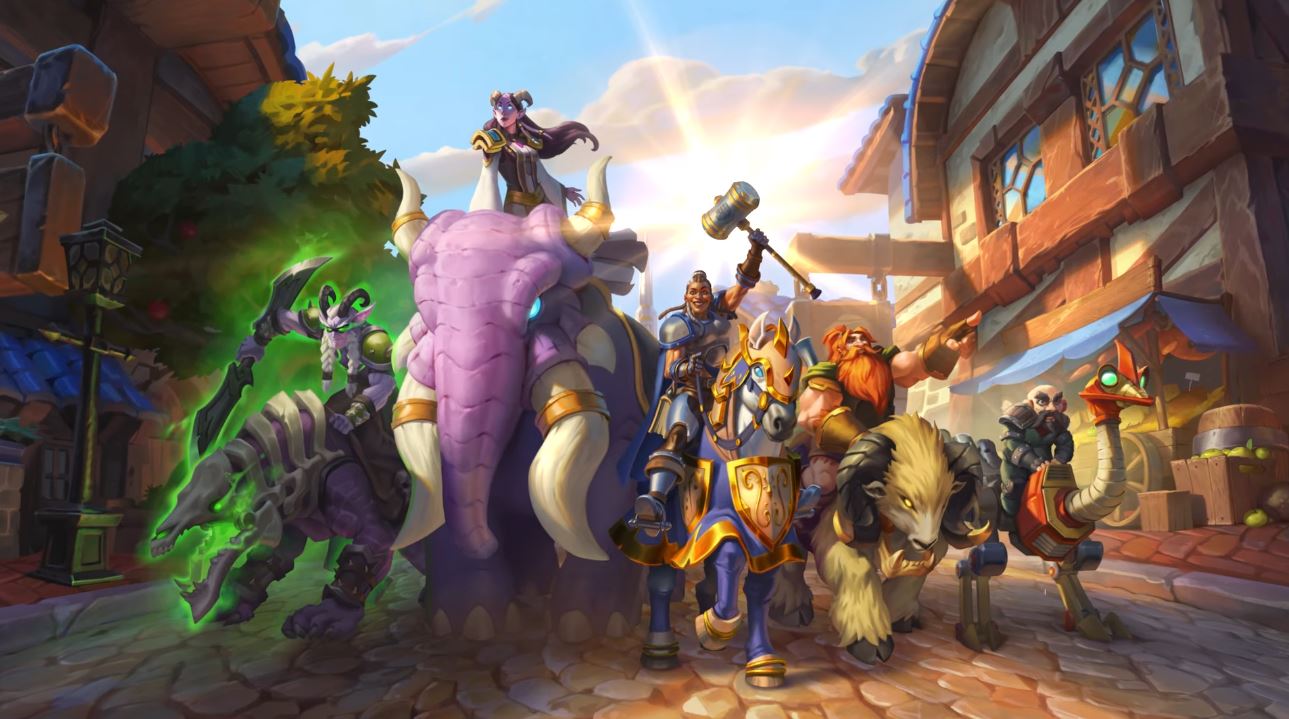 The card reveal season for Hearthstone’s United in Stormwind expansion has officially kicked off.

The newest spell to be revealed is Touch of the Nathrezim, a rare Warlock Shadow spell that costs one mana and deals two damage to a minion. If the minion dies, four health is restored to your hero.

This card is comparable to the other Shadow removal spell from Warlock, Drain Soul. For halving the mana cost, you deal one less damage, but gain an extra effective point of healing. This card will assist slow Warlock lists in answering hyper-aggressive metas where minion health totals are lower. Since Touch of the Nathrezim is a Shadow spell, it synergizes with Tamsin Roame and has the ability to be duplicated thanks to her ability.

Touch of the Nathrezim also has a fair chance to work with Warlocks aiming to use the new Questline Legendary as a way to recover life lost after aiming to complete the quest.

While United in Stormwind’s release date hasn’t been officially revealed yet, players can pre-order the expansion by either purchasing the Standard Bundle, which has 60 packs for $49.99, or gain access to Lady Katrana Prestor and Ve’nari Alternate Battlegrounds Bartender through the Mega Bundle and 80 packs for $79.99.