Hey guys, Sempok here. You might remember me from my post a few weeks ago that talked about Top 5 Most Surprisingly Good Cards of WoToG. Well today I’ll be talking about the polar opposite of those cards. Every expansion has cards that people think of as amazing. They look at the card and think,”Yep, that will definitely be a great card.” …and then it isn’t. Cards such as 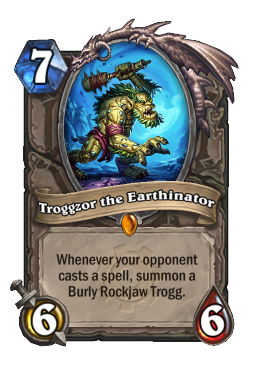 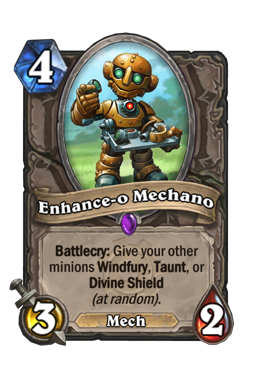 Varian Wrynn that seem amazing on paper but manage to disappoint everyone in practice. Today, we’re taking about the most disappointing cards from the Whispers of the Old Gods set.

On this card’s release, everyone thought this card was going to be the new

Piloted Shredder. Already having great “Yeti-stats”, this card seemed to be absolutely busted when played on curve. The scenario of 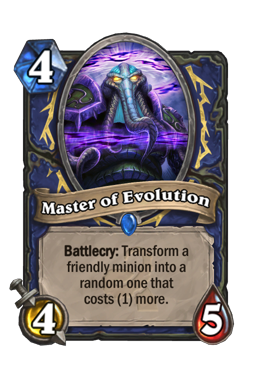 Master of Evolution seemed too good to not be thought of as amazing as you would wind up with two 4-drops and a totem on turn 4 even when you whiffed on turns 1 and 2. The additional synergy that this card possessed with

Thing from Below and 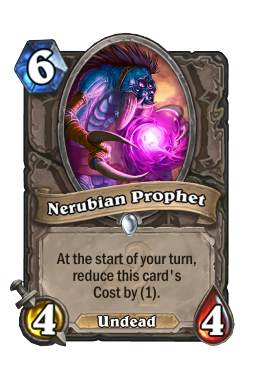 Nerubian Prophet made it seem absolutely silly that anyone would even think that this card wasn’t going to see a ton of play. Now, the card has moved to the corner of the room only to be overshadowed by his elder and far more busted brother for a 4 drop, 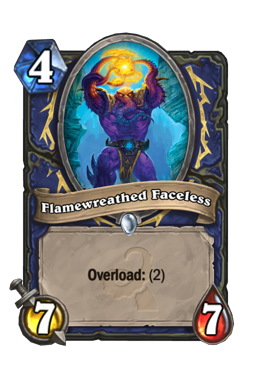 When first unveiled, this card seemed to be really solid. Everybody was of the opinion that this card would definitely grab a spot in Renolock simply due to the immense amount of synergy that this card possessed with

Shadowflame. It seemed like a very high tempo card that people could use for insane swing turn-7s and even if they did not have a spell on turn 7, they could simply play it as a 7/7 and use the bonus effect afterwards. What people overlooked was that with defensive cards such as

Sludge Belcher leaving, Renolock would need as much help as it could get in stayin’ alive and Cho’gall simply did not assist with that.

Haunted Creeper it made sense that it would need help in the stickiness department. A direct comparison was made to Nerubian Egg as this card was of a very similar nature but did not require an activator. People also thought that this card was a perfect fit for N’Zoth and Deathrattle Rogue decks. Some people also noticed the synergy it possessed with 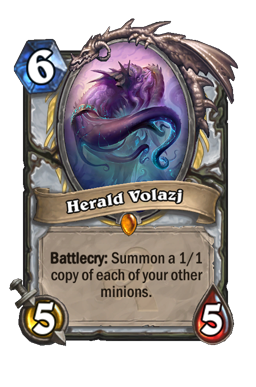 Herald Volazj as you play this card on turn-4 and the opponent has to clear it due to the fear of a possible Herald. However, this card turned out to be just too slow for the meta. At 4-mana, this card just didn’t seem dedicating a whole turn-4 to as a zoo and other decks that revolved around the Deathrattle mechanic simply didn’t need this card as they already had enough Deathrattles to work with.

Giant Sand Worm is another one of those cards that you have to play with to understand it’s nuances. When this card was revealed it was hailed as the card that might finally enable the Control Hunter archetype. The card seemed extremely strong as it had the ability to clear the opponents whole board, akin to an AoE spell, and then could also hit their face. When WoToG launched, however, this card didn’t see any play whatsoever. As it turns out, the card had the same problems that 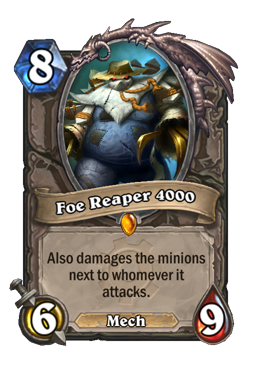 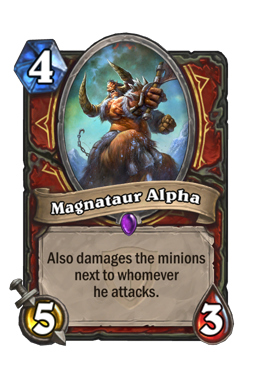 Magnataur Alpha had – that they weren’t active on the turn they were played. This card never managed to see any play simply due to the fact that it came out too late against Aggro decks and wasn’t impactful enough against Control/Midrange decks that had the removal to easily deal with it.

Similar in nature to

Lava Shock, the initial reaction to this card was also quite similar to that of Lava Shock. This card seemed extremely strong, if not overpowered. The card did everything that Lava Shock while fixing the main problem that Lava Shock had which was that it was situational. Usually you wouldn’t want to use Lava Shock as a deal 2 damage to your opponent but this card changed that. A 3/2 body for essentially -1 or -2 cost? Absolutely broken. This card was said to be amazing and everyone thought that there was no way that this card would not say an unfunny amount of play. Well… turns out that wasn’t the case. All the recent builds of Aggro and Midrange Shaman have decided to cut this card from their lists, simply due to the fact that more often than not it’s just a 0 mana 3/2. It might be good tempo but it isn’t nearly as strong as the plethora of cannons that Shaman packs. While this card is certainly very strong it just wasn’t strong enough for Shaman due to the class having an immense amount of strong cards that just trump this card in value.

This card wasn’t revealed in the regular fashion as most of the cards of WoToG. It was revealed on the preview livestream with Ben Brode and Frodan. People had no idea what was about to come and when this card hit the board, most people went,”Wait… what?” This card appeared to be phenomenal. A hard removal that gained the stats of whatever minion it removes and adds them to C’Thun? Amazing. What the main problem was with this card that most people didn’t and couldn’t possibly have realised at the time was that C’Thun decks inherently weren’t that strong. Only 2 out of the 9 classes have managed to make good C’Thun decks – Druid and Warrior – and those decks too struggle often. The fact that emerged was that there was essentially no difference between a 32/32 C’Thun and a 46/48 C’Thun as it would ping several times and would most likely either be removed the next turn or you would simply win the game. This card was a thinly-veiled 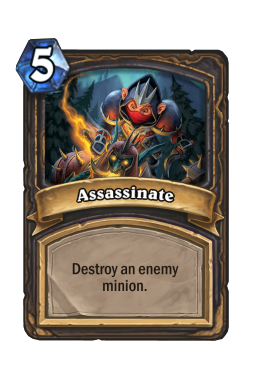 Assassinate that had a small upside but not big enough to warrant 4 extra mana.

Princess Huhuran claims the spot as the Troggzor of this expansion. On release everybody thought that this card just might be the absolute best legendary to come out of the WoToG set. A 6/5 for 5 mana is already above average but with the attached effect that Huhuran had the card seemed almost too strong to be true. The absolutely insane synergy that this card had with cards such as 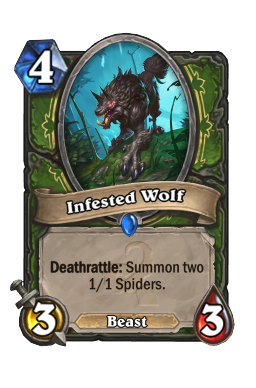 Infested Wolf, it was still amazing value. N’Zoth Hunter seemed to be building itself. The problem lay in the idiosyncrasies of the Hunter class. The class depends on curving out smoothly and playing pro-actively. If the deck doesn’t curve out well, the deck simply loses. For this reason, Hunter cannot afford to have too many high-curve cards. Furthermore, this card gains maximum value when played off-curve as you cannot get the majority of the high-impact Deathrattle minions out before turn 6 and this is a 5-mana card. Princess Huhuran simply was not strong enough to play with and usually wound up being an awkward card in the player’s hand.