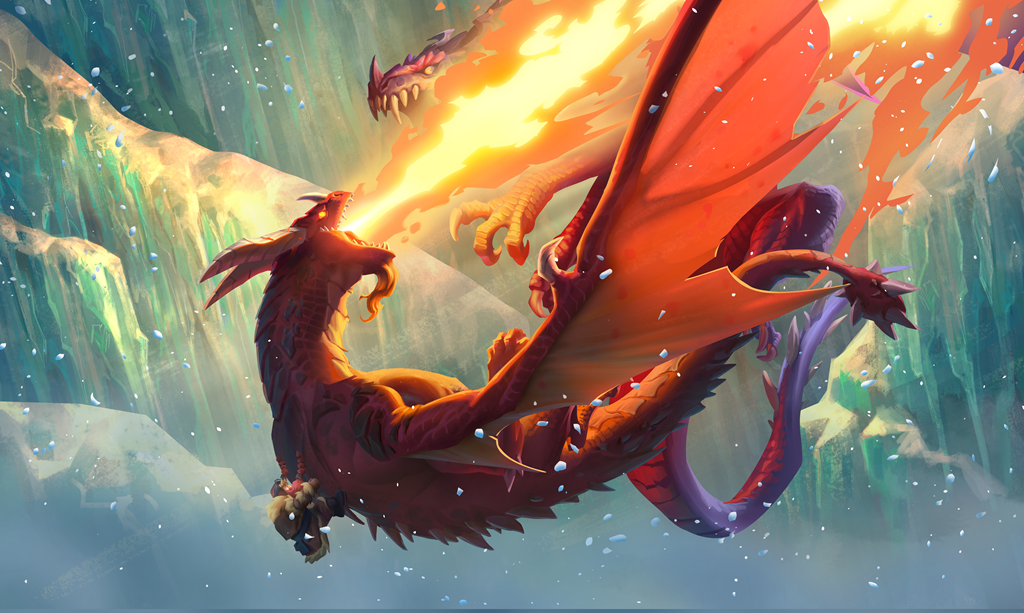 Ahoy matey, there be pirates in the new Hearthstone expansion.

During today’s reveal stream, Blizzard showcased a number of new Pirates coming to Hearthstone in the Descent of Dragons expansion. Many of these new Pirates appear to be obvious support for decks like Pirate Warrior. Since Control Warrior isn’t expected to do well after Descent of Dragons goes live, fans of the class will probably be happy to see a few fresh swashbucklers.

Two of the most noteworthy Pirate-related cards revealed today were Sky Raider and Skybarge. Both cards belong to the Warrior class and are obvious attempts at beefing up the Pirate archetype. Sky Raider is a low-cost Pirate that allows you to add a random Pirate to your hand. Though Skybarge is a Mech and not a Pirate, its effect allows you to deal two damage to a random enemy after summoning a Pirate. Warrior already has a plethora of powerful Mechs available in the metagame. These two cards could help introduce an aggressive Pirate-Mech archetype.

In addition to the class-based support, Pirate Warrior also got a buff through a few Neutral cards. Hoard PIllager is a mid-cost Pirate that allows you to equip one of your destroyed weapons. Anyone who’s ever played Pirate Warrior knows how weapon heavy the deck can be. Similarly to how a Rogue uses their weapon for petty removal, Pirate Warrior looks to do the same to protect its minions.

Parachute Brigand is a two-cost 2/2 Pirate that you can play for free after playing another Pirate. As long as Brigand is in your hand, you’re basically able to pull off a two for the price of one summon. Though Brigand and Pillager are Neutral cards, it seems like they were almost designed specifically for Pirate Warrior. Since Control Warrior has dominated the class for the better part of a year, Warrior fans might be refreshed to learn they could have a viable aggro option soon.

Check out all the cards coming to Descent of Dragons when it goes live on Dec. 10.