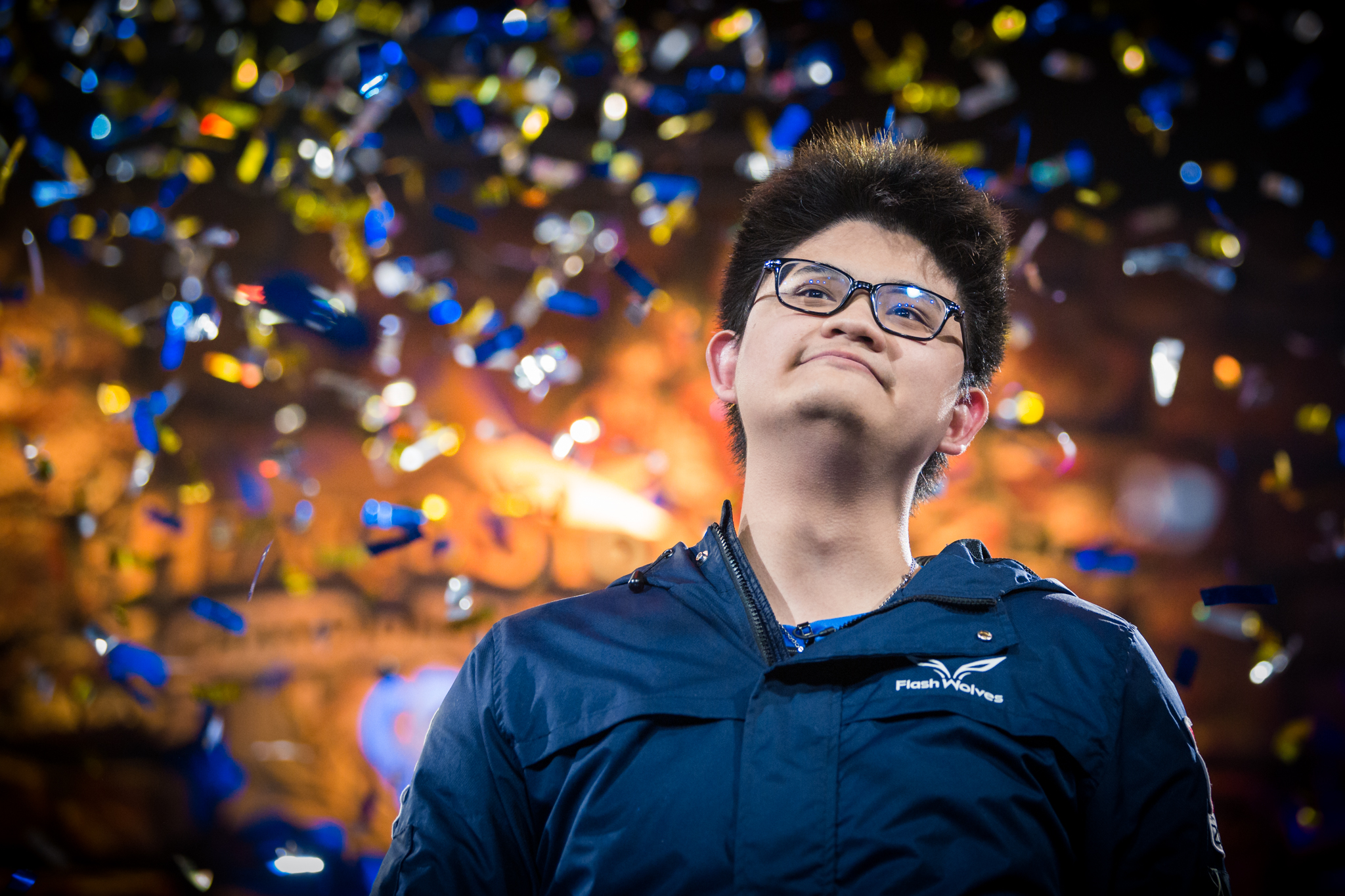 Being Hearthstone world champion has its perks. Ultimately, you become one of the most recognizable faces in the game. The first world champion, James “Firebat” Kostesich has parlayed that win into becoming a top caster, streamer, and personality.

Firebat also had a card named after him, the Fiery Bat. The second world champion Sebastian “Ostkaka” Engwall had a card’s flavor text, Priest of the Feast, created as a subtle tribute to him.

The game’s most recent world champion, Chen “Tom60229” Wei Lin, is also now enjoying the fruits of his labor—he’s recorded some voice lines for Hearthstone’s newest set, The Witchwood.

In the video, we see Tom spending time in the studio recording voice lines for one of the initially revealed cards, Phantom Militia. It’s a card with the new Echo keyword, meaning it can be played as many times as you have mana for in a single turn. So you could hear Tom’s dulcet tones over and over again—if you play in Chinese that is.

There are no English subtitles on the video, so Zhihong provided some insight for the Western fans. Apparently the voicelines Tom recorded are also a reference to himself, and his nickname within the Taiwanese scene Big Brother. How very meta.

How did they decide which card Tom got to record? Well, it was obvious—this one has Tom in the name!