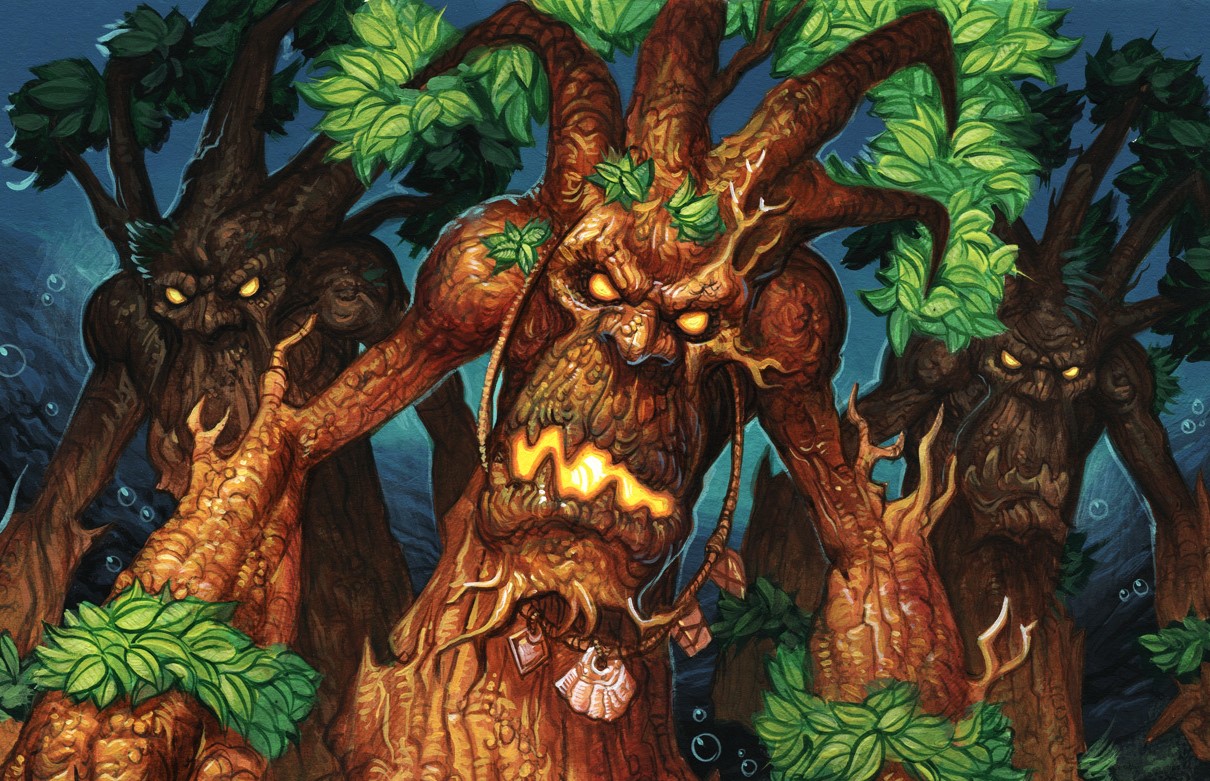 The Token Druid is back—or to be more accurate, it never left. The board swarming deck was one of the best lists in the Witchwood meta, and its new tools show that it might just have the power to stick through Boomsday as well.

Druid has some of the most powerful cards of any class, and while those normally fuel game-ending combos, they also do a good job of creating wide boards.

This deck floods the board in various ways and then wins through a combination of quick burst and consistent pressure. Not only do you get the explosiveness of Savage Roar, but you can also steadily chip away at your opponent with strong cards Soul of the Forest, Wispering Woods, and Ultimate Infestation.

Though it is easy to assume that Token Druid is an aggro build. It is much more mid-range. You don’t need to get on the board right away, nor do you need to end things as quickly as possible. Rather, take your time ramping up and removing threats until you can generate an overwhelming board presence that your opponent cannot answer to. It is easy to get caught up in going for speed, but with cards like Ultimate Infestation and Savage Roar you’re never truly out of the game.

There are a few new cards in this deck that help elevate it for the new meta. One of the flashiest is Floop’s Glorious Goop.

Though unassuming at first glance, this card combines with tokens to generate a ton of mana on a single turn. It is more of a combo card than anything else and, similar to Fandral Staghelm, it enables Druid to do some truly wild stuff. For instance, you can play Swipe against a Paladin, instantly gain four mana back (possibly even more), then drop down an Ultimate Infestation into Lesser Jasper Spellstone. There’s a lot of power there.

Another big change to the deck is the inclusion of the treant package. The deck, running Living Mana and Soul of the Forest, now has the ability to play both Dendrologist and Mulchmuncher. Those cards are pure value, giving you ways to either find much needed spells (healing, damage, draw) or generate massive board swings and large bodies.

However, as strong as those cards are, the most notable new inclusion is Giggling Inventor. The five mana minion, which can be as aggressive or as defensive as you need, allows for some insane swings you would normally not be able to get. It also provides two sticky bodies to set up Savage Roar and helps you rebound to AOE.

While the deck looks a bit different than past iterations, the mulligans are the same. Your primary goal is to find Wild Growth and then any cheap cards you got. Look for Lesser Jasper Spellstone, Power of the Wild, and Swipe against aggro, and always pay attention to your early ramp when calculating what card to play on what turn.

You may not think you want that Wispering Woods on turn four, but if it actually comes on turn three because of a Wild Growth, it may be worth it. Finally, never keep combo cards like Savage Roar and, if you have a good opening, keep Wispering Woods or Branching Paths to get some extra juice.

Token Druid has been powerful for some time. Though the deck is mostly the same as it was in the past, the new tools from Boomsday have helped push the deck far and above its previous level. The treant subtheme is incredibly powerful, adding even more consistency to an already solid package. If you want to tear people down with Savage Roar, or if you enjoy swarming over and over and over again, this is the deck for you.