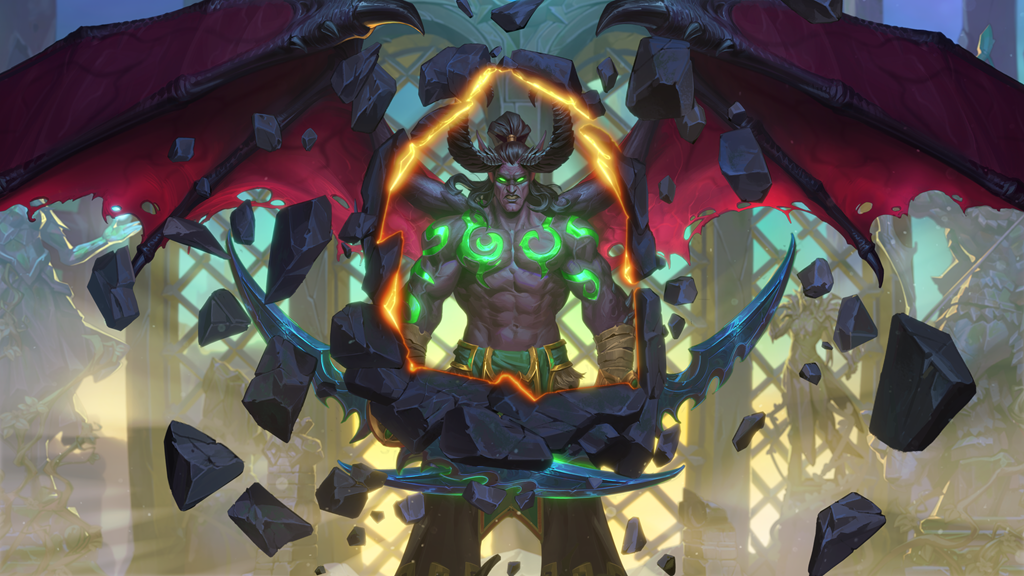 The Ashes of Outland expansion has now been live for nearly a month.

Each month of Hearthstone is referred to as a season. Now that we’ve entered the month of May, as always, players will receive their rewards for the previous competitive season. This time, however, those rewards will look more different than ever before.

When Ashes of Outland launched during the first week of April, it brought with it a new reward system. Just like the previous reward system, after winning five ranked games, you’ll earn the previous season’s card back, as well as your seasonal chest. The contents of the chest are much different than they were before, however.

The new system aims to give players more bang for their buck. You’ll be gaining more individual cards and packs for your performance than you ever did with the old system.

The new reward system launched alongside Hearthstone’s revamped ranked ladder. Instead of only having a number, players now have colored tiers similar to games like Overwatch. Even players who can’t ascend to the higher ranks are in better shape than they were in the old system, though.

Players who make it to ranks like Platinum and Diamond get a ton of rewards. This means the players who likely put the most time into the game are being better rewarded for their time spent.

You can log on right now to bust open your chest and enjoy the rewards you earned in April. Winning five ranked games in Hearthstone this month will give you access to next month’s chest and May’s card back. This month, players can earn the Swamp Light card back pictured below.

Good luck and have fun playing against an overwhelming amount of Demon Hunters.