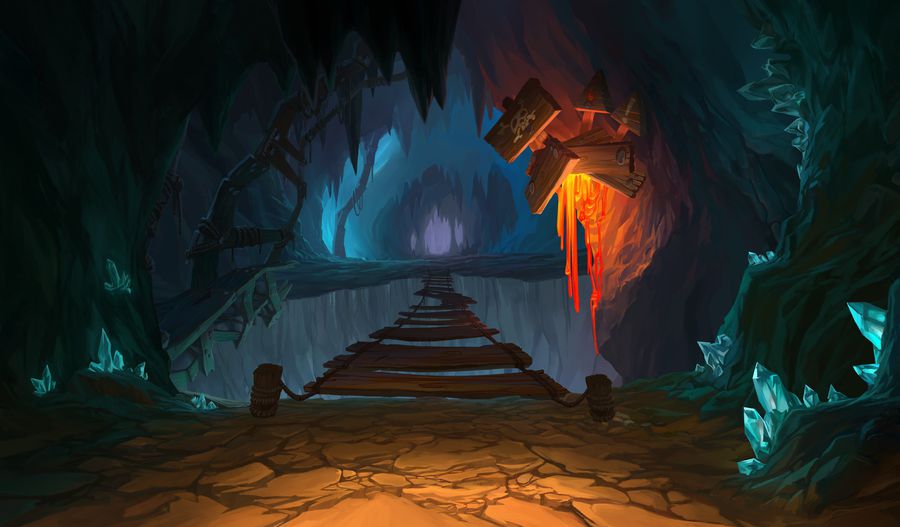 The last month has seen Blizzard shine a spotlight on the Wild format like never before.

With the Wildfest event, Blizzard brought Wild cards back to Arena and launched two Wild Tavern Brawls that were very popular. The buildup also began for the second Wild Open.

With all this attention on the format, many Standard players are taking the chance to venture in to the Wild. While the format has reputation for being expensive to play, there are plenty of options for those on a dust budget.

If you want to take on the Wild ladder, maybe for the first time, you’ll need a deck that will do well. Here are three decks that are relatively cheap to make—and with play styles that will be familiar to Standard players.

The cheapest meta deck in Standard is also the cheapest in Wild. Secret Mage performs well against the two strongest Wild decks, Giantlock and Cubelock, leaving it as a solid tier one deck. If you’ve played this deck in Standard, only 200 dust is required to upgrade to the Wild version.

The aim is to build a board of minions in the first few turns, while collecting burn spells in your hand. Once you’ve reached this stage, you can start to throw burn spells at your opponent’s face to close out the game. The challenge in playing the deck is learning when to make the switch.

Forgotten Torch requires a different approach due to its powerful ability—shuffling a three mana, six damage Roaring Torch into your deck. While you’ll want to hold onto most of your burn spells when you can, it’s generally better to play your Forgotten Torch when you’ve got a good opportunity to increase your chances of drawing the more powerful Roaring Torch.

Careful use of Potion of Polymorph and Explosive Runes is essential to doing well against the two Warlock decks. Watch out for the four mana Voidcaller, and the five mana Naga Sea Witch. You’ll want to try to avoid hitting Voidcaller with Explosive Runes if you can, as it will likely pull Mal’Ganis or a Voidlord from their hand.

If Naga Sea Witch does hit the board, it’s a must-remove target, even if that means spending a precious Fireball. Left untouched, you’re likely to see something huge played next turn. The only exception is if you can kill your opponent before the Giants on the board can kill you.

In the mulligan you’re generally looking for Mana Wyrm, if you’ve already got it you want some cheap spells to follow up. If you’ve also got a good Secret to play with it, it’s worth keeping Kabal Lackey. Against Warlock, always keep Potion of Polymorph.

The presence of Tunnel Trogg and Totem Golem make Aggro Shaman a force to be reckoned with in Wild. This deck has been popular for multiple expansions, but was oppressed but Reno Priest follow the release of Kobolds and Catacombs. With the demise of Reno Priest on the back of recent nerfs, it’s risen to again be of the top aggro decks.

Giantlock and Cubelock remain popular decks on the Wild ladder, and Aggro Shaman matches up well against both. It struggles against anything with a lot of heal or armor gain, such as Reno decks and Malygos Druid.

The game plan for Aggro Shaman is building an early game board presence with one and two drops, and before finishing your opponent with one or two big turns. Getting a Rockbiter Weapon onto your Doomhammer or Whirling Zap-o-matic is generally game-winning.

Managing your Overloaded mana crystals is one of the keys to being successful with this deck. Sometimes it might be worth holding off on a Feral Spirit if it will disrupt your Doomhammer next turn. You need to be constantly thinking one or two turns ahead.

Sir Finley Mrrgglton is included in the list, which comes at a crafting cost of 1600 dust. However, Sir Finley isn’t essential and can be replaced with a second Lava Burst or Earth Shock.

In the mulligan you want Tunnel Trogg, Totem Golem, or Southsea Deckhand. If you’ve got one of these cards, you can also keep a Flametongue Totem. Against Warlock you’ll want to hold onto Earth Shock for dealing with those pesky Voidlords.

While Dude Paladin has only recently risen to prominence in Standard, it’s been a popular deck in Wild since the format’s inception. The recent nerfs hit it’s biggest competitor, Aggro Paladin, allowing it to rise again to the top of the meta.

Top Legend player, RenoJackson, managed to get 12 wins on the first day of Brawliseum Dude Paladin. A week later, he piloted the deck through the Regional Finals to qualify for the Wild Open. The version pictured here is the list used in the Regional Finals.

While this deck does include two copies of the Wild-only epic, Quartermaster, they can be replaced with Level Up. It’s not as good as Quartermaster, but for the dust-conscious player, it’s a solid replacement.

The goal of this deck is to get lots of Silver Hand Recruits onto the board, then buff your dudes and kill you opponent as quickly as possible. The combination of Lightfused Stegodon, Sunkeeper Tarim, and either Quartermaster or Level Up, mean that you have plenty of options for buffs. If your board gets cleared, you’ve got Stand Against Darkness, Muster For Battle, Lost In The Jungle, and Call To Arms to refill.

With limited removal options and only one Silence effect, it’s important to be aggressive with this deck. If you’ve not won by turn six, the game is likely to go downhill very quickly from there.

If you’re going first, having a one drop is important, so it’s generally correct to hard mulligan for Lost In The Jungle or Righteous Protector. When you’re on the coin you’ve got a bit more flexibility and can keep any of your one or two drop minions. Against Warlock, keep Equality or Spellbreaker. Equality may seem like an odd choice, but it’s your only chance of deal with a big Naga-Giants turn five.