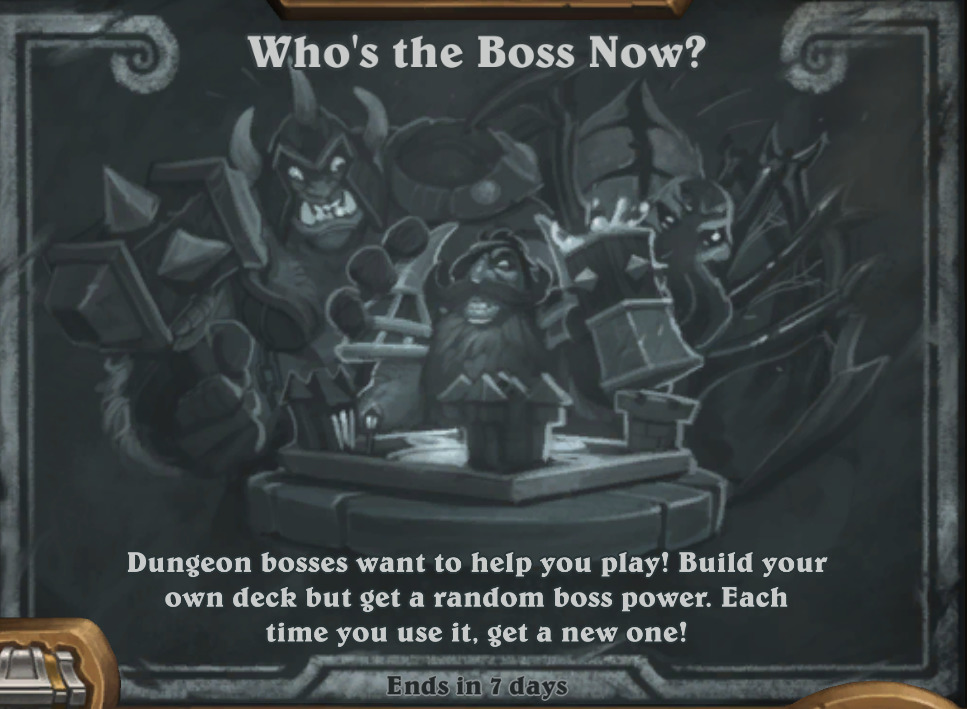 Every Wednesday, Hearthstone’s Tavern Brawl mode has a weekly challenge that players can partake in to claim a free classic pack. This week’s Tavern Brawl makes its third appearance after four years: Who’s the Boss Now?

In this Tavern Brawl, players can construct a custom deck with any class using every card in existence since the format is Wild. After each game begins, players are given a random Hero Power that’s based on adventure mode bosses and they get swapped every time they’re used.

Alternatively, cards that disrupt opposing Hero Power usage, like Blowtorch Saboteur, can also help you immensely during this Tavern Brawl.

Players who don’t have a large collection can hope to high roll and use broken Hero Powers early—like “Activate!,” which can summon a 7/7 on turn two—to gain absurd advantages in the early game. This can allow you to defeat your opponent before deck building can even matter.

There are a total of 12 Hero Powers that players can get in this Brawl: 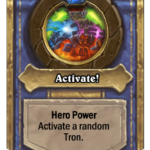 Players have until next Wednesday, Aug. 19 to win and get a free classic pack before next week’s Tavern Brawl arrives.