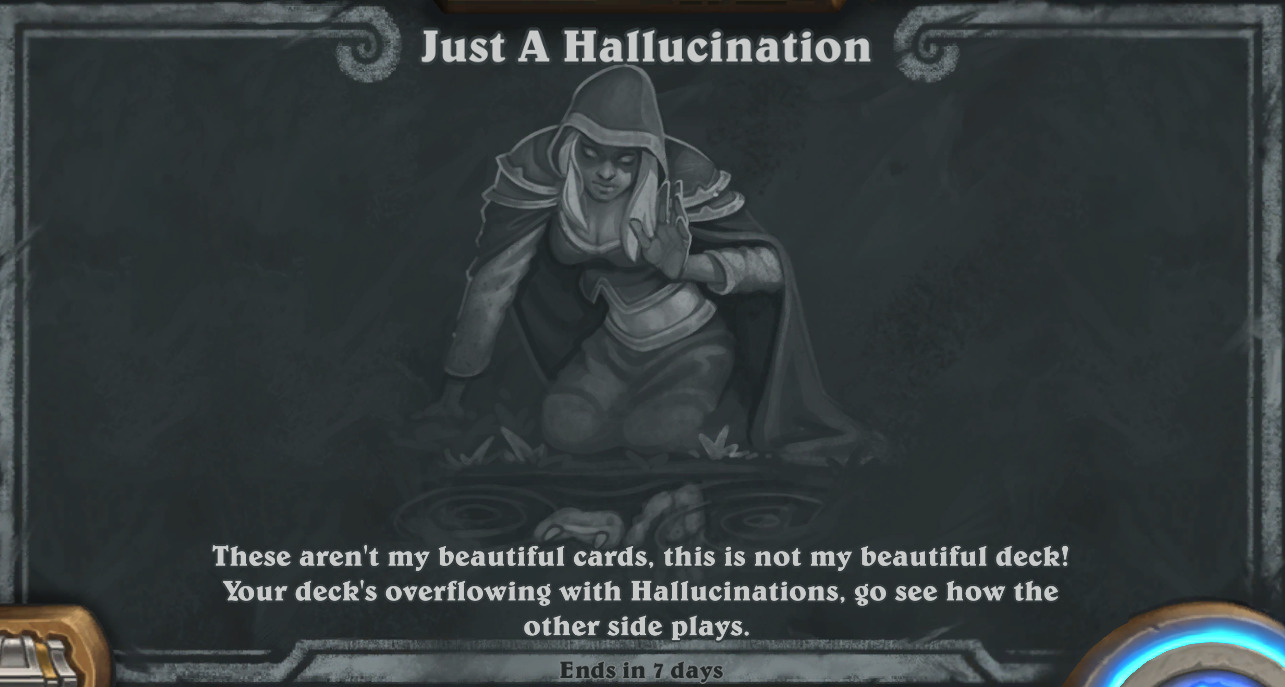 Each Wednesday, Hearthstone’s Tavern Brawl mode offers a weekly challenge that players can participate in to claim a free classic pack. The Tavern Brawl this week is Just a Hallucination.

This Tavern Brawl is making its third appearance since last being seen during Rastakhan’s Rumble. In Just a Hallucination, players are given a deck with a couple of random spells from their class and the rest of their deck is filled with the one-mana Rogue spell Hallucination, which lets you Discover a card from your opponent’s class.

While the Tavern Brawl may have a foundation of random gameplay that players must abide by, there are ways to always improve your odds of winning starting from the class select screen. Since a majority of the cards your opponent will receive are going to be from your class, picking a class with weak individual cards on average or less spell synergy will give you a better chance at victory. We suggest avoiding Demon Hunter, Mage, and Priest. 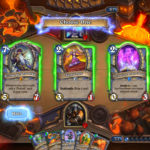 Demon Hunter has strong individual cards on average and it’s easy to activate your Outcast cards when they’re Discovered since they’ll always go to the right side of the hand. Mage has a plethora of spell synergy and powerful hero cards that can end the game when they’re played, including Sorcerer’s Apprentice, Archmage Antonidas, Doomed Apprentice, and Frost Lich Jaina. Priest also has a couple of spell synergy cards and cards that focus on revival, which can provide immense value when you pick high-cost minions. These cards can range from Sethekk Veil Weaver, Dragon Soul, Lyra the Sunshard, Radiant Elemental, Psychopomp, and Grave Horror.

Hunter is a strong contender for this Tavern Brawl. Its random Discover card quality on average isn’t the highest, but the random spells that it starts off with could be more minion-summon focused, like Cat Trick, Animal Companion, or Lesser Emerald Spellstone, which gives you potential early tempo. Hunter’s hero power always provides an ultimatum and a timer the opponent must deal with once you get them low enough. Guaranteed damage every turn can be powerful in a Brawl where anything can happen due to the random aspects of it.

Since the entirety of your deck will be spells, avoid Discovering cards and mulligan away cards that use minion or weapon draw, like Book of Specters, Scavenger’s Engenuity, Corsair’s Cache, or Diving Gryphon.

Players have until next Wednesday, July 29 to earn victory and get a free classic pack before next week’s Tavern Brawl arrives.