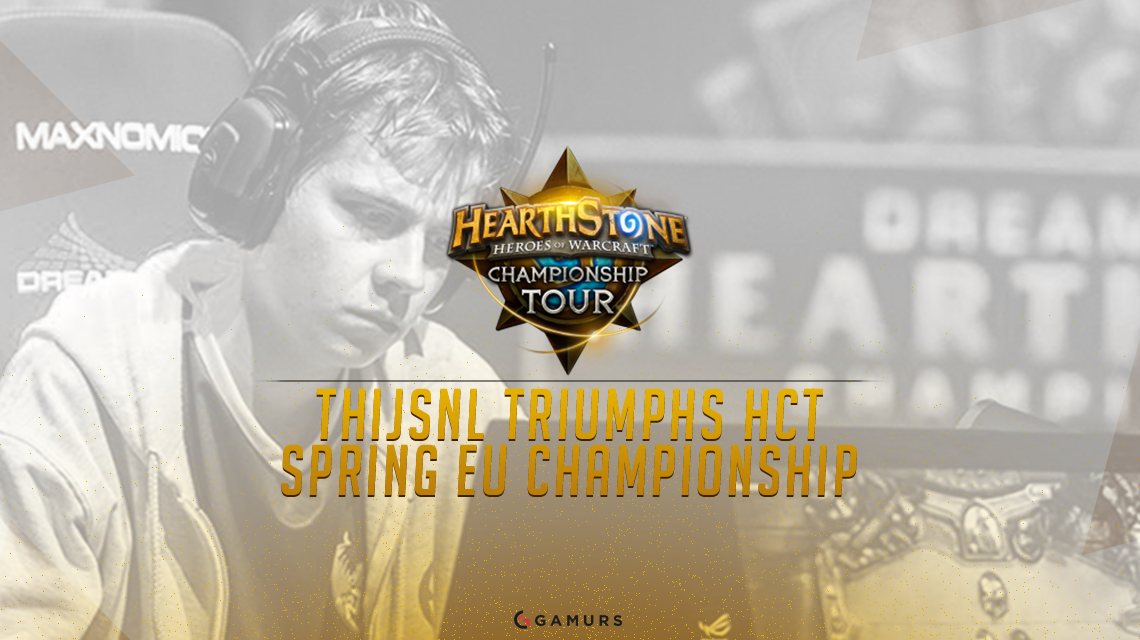 Even though Thijs made some bad appearances in tournamentslately, as in CN vs EU 3 and StarLadder i-League S2, he showed whathis true capacity is where it actually counted, in the EuropeanChampionship, where he became the second player in the relativelyshort history of the game that qualifies for BlizzCon for two yearsin a row, after Hak-Jun “Kranich”Baek.

The road to triumph was not an easy one. Thijs had to face somevery strong opponents that meant serious business. In the firstround of the playoffs he faced the Italian playerTurna, where he won with a 4-2 proceding to fightagainst, probably the crowd’s favourite, Loyan. The match ended with a 4-1 in favour of the Dutch. In thegrand finals he found himself against Iner, theunderdog from Russia, that showed great potential. The Bo7 serieswere intense and after a tie at 3-3, Thijs’ boosted Edwin made theheadlines, as he managed to quickly sweep his opponent who wasdesperate for a Sap draw, which never came, to save him.

With that win Thijs cashed $25,000 and a prestigious trophy. Welook forward to see him in BlizzCon andwe wish he takes home the trophy he fights so hard for. Staytuned!