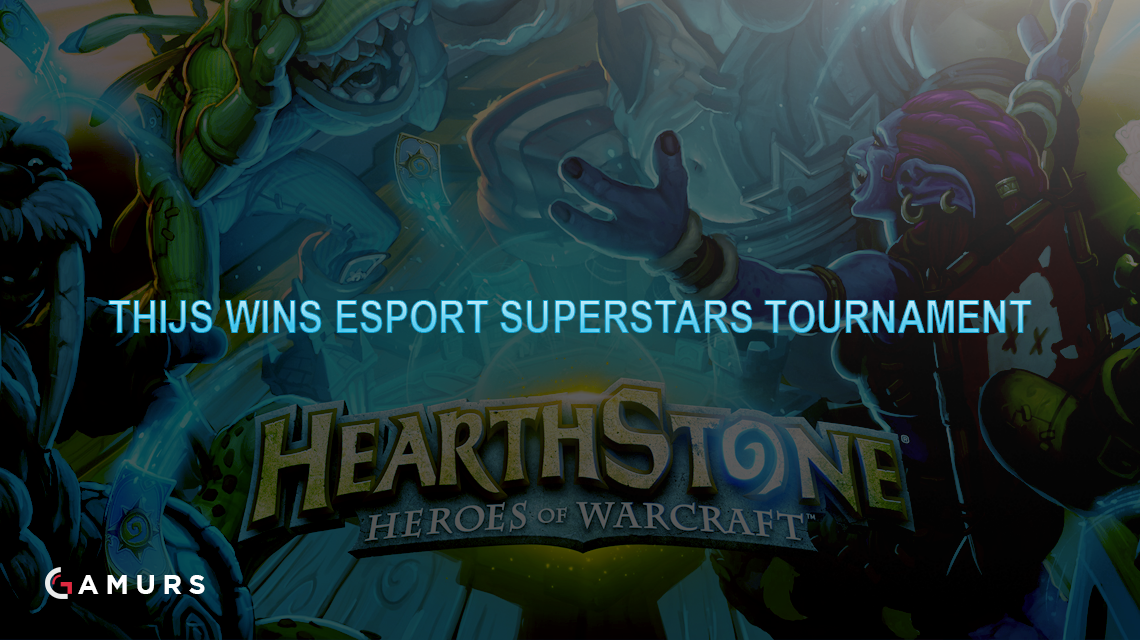 Thijs “ThijsNL” Molendijk has managed to win Esport Superstars, cashing €12,500 and a shiny trophy. This win certainly helps to boost his confidence after an unlucky World Championship.

The invitational tournament featured some of the scene’s biggest names, such as Rdu, Pavel, Lifecoach, StrifeCro, Ostkaka and Xixo among others. Thijs won against both Xixo and Ostkaka in the group stage, managing to qualify undefeated at the playoffs where he faced even tougher opponents.

The first match of the playoff bracket was against ikealyou, a very prominent player from Poland known for his high legend finishes, as well as his top-four finish at the 2016 HCT – Europe Summer Championship. Thijs managed to clear the series with a score of 3-1 and proceeded to also defeat Rdu in the semifinals with a perfect 3-0. With all the momentum on his side, Thijs advanced to the grand finals against SuperJJ, who had just defeated Forsen and Lifecoach. Thijs made it seem easy, as he won once again with a clean 3-0 over the German player.

Although this win handed Thijs no points for the HCT, he managed to claim the trophy, as well as the respectable amount of cash.

Did you watch the tournament? Do you believe that Thijs should have won? What’s your opinion on invitational tournaments? Let us know in the comments below or on Twitter at @GAMURScom.