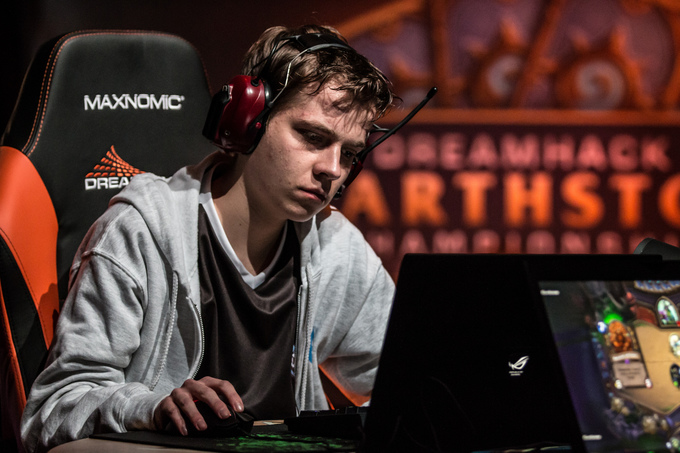 After a grueling 128 player bracket, eight players have claimed their place in the Hearthstone Championship Tour (HCT) Spring Europe Championship.

In the first HCT event since the introduction of Standard and the release of Whispers of the Old Gods, far more established pros have qualified than for the winter event.

For the winter finals the lineup was almost completely unknown, with only eventual winner Ole “Naiman” Batyrbekov being known to the majority of players in the community.

The rest of the Spring Championship field will still have the potential for underdog stories. Fifteen year-old Brit “georgec,” one of Europe’s top consistent ladder finishers, will be competing in one of his first tournaments. “Casie” from Germany, who defeated Jeffrey “Sjow” Brusi of Team Liquid en route to qualifying, also impressed with a dominant 3-0 win in the final round.

Shaman deckbuilder extraordinaire Mateusz “Loyan” Roszkowski also qualified, making compLexity the only team to have two players in the championship, with “INER” and “Turna” completing the lineup.

The eventual winner of the Europe Spring Championship will win $25,000 and a spot in November’s $1 million Hearthstone World Championship.