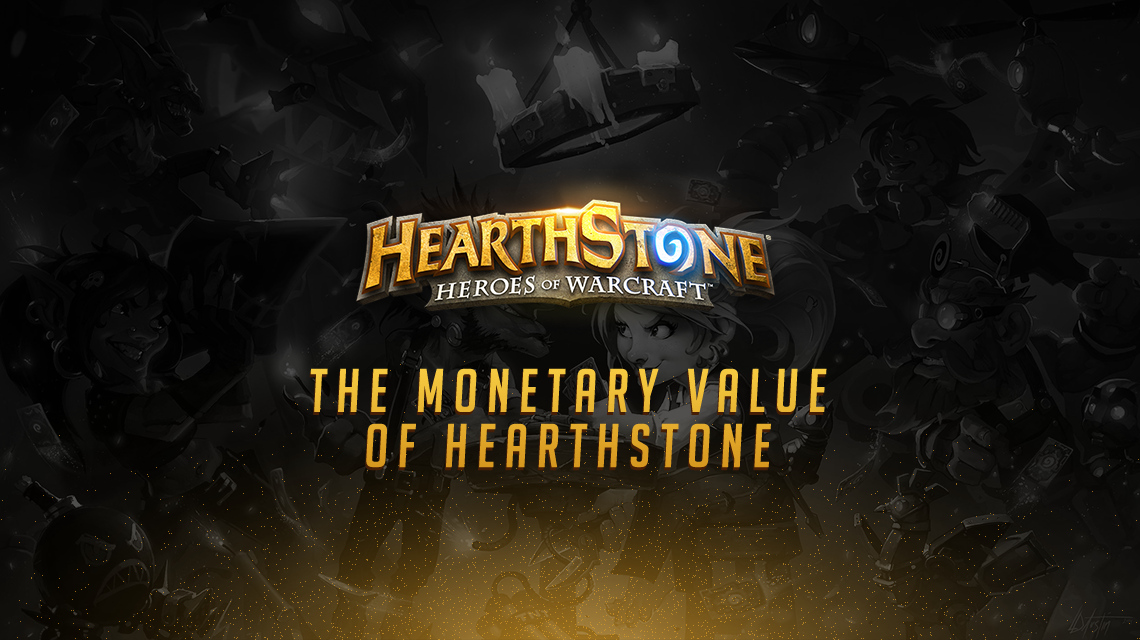 Hearthstone has evolved quite a lot since its release and thereare only a few people who thought that it would actually expand alot more than even the developers expected it to. Along with this,of course, comes a lot of tournaments that award real money as aprize. But how much is this money after all?

According to www.esportsearnings.com, Hearthstone tournamentshave awarded $4,308,679.03 in a range of 454 tournaments up to May16, 2016. This is a vast amount of money and actually putsHearthstone in the top 10 games in terms of prize money awarded.This money has been shared among 847 players.

Concerning players, the 2014 World Champion, James“Firebat” Kostesich, is on the top of the list ofhighest earning players with $218,428.10 out of 31tournaments. Firebat became widely known from his win on the WorldChampionships in 2014, which earned him $100,000 and a prestigioustitle. The second highest awarding tournament he competed in wasthe World Cyber Arena 2015, where he was a runner-up, walking awaywith $62,680. Among other achievements, he was also the firstplayer to defend back-to-back championships at Gfinity MastersSpring I and II.

Following the American is Wang “TiddlerCelestial”Xieyu with $135,623.71 in career earnings. The runner-up of theWorld Championships in 2014, TiddlerCelestial also became known forwinning DreamHack Summer 2015, which was his first win in atournament, and even before the Worlds 2014, from being therunner-up in World Cyber Arena 2014, earning $48,750

Aleksandr “Kolento” Malsh stands in the third placewith $120,489.56 and is considered to be one of the best players inthe world. Kolento has won plenty of tournaments, includingDreamHack Hearthstone Championship in 2014, CN vs EU Season 2,which was the tournament that earned him the most money with$22,673 and Kinguin Pro League 2015 Season 1.

Finally, in the fourth place we have the 2015 World ChampionSebastian “Ostkaka” Engwall with $120,008.84, out ofwhich the $100,000 were from the Worlds, which is also the only winOstkaka has in a tournament up to date. Other notable tries were inHearthstone Champions League Season 2 and SeatStory Cup III wherehe was the runner-up earning $3,500 and $4,000 respectively.

Although most of the high-paying tournaments are invitational(thankfully that changed with the 2016 Hearthstone ChampionshipTour), there are also a lot of tournaments taking place everysingle day but also weekly ones, which award smaller amounts ofmoney, and most of them HCT points alongside as well, and are opento everyone. You can find those tournaments at various sites, mostnotably on StriveWire, but also on Gfinity, Battlefy, ZOTACetc.

Apart from those prizes, you should not forget, that all of theprofessional Hearthstone players also get a monthly salary, whichcan vary from one team to another, but in all high-class teams,this amount is not to be underestimated, as it can range from a fewhundred dollars to thousands, raising the total net worth of moneythat is being dealed in the franchise.

The game has over 50 million registered players, and that numberis constantly raising. Blizzard might have surpassed themselveswith the amount of money they are making from microtransactions, asthere is a whole bunch of people that have spent hundreds or eventhousands of dollars on the game.

Staring at those respectable amounts of money, one cannot denythat Hearthstone has made an impact in the esports scene, and itwill continue to deliver high-paying tournaments as time passes,due to the fact that it only grows as a game, day by day.