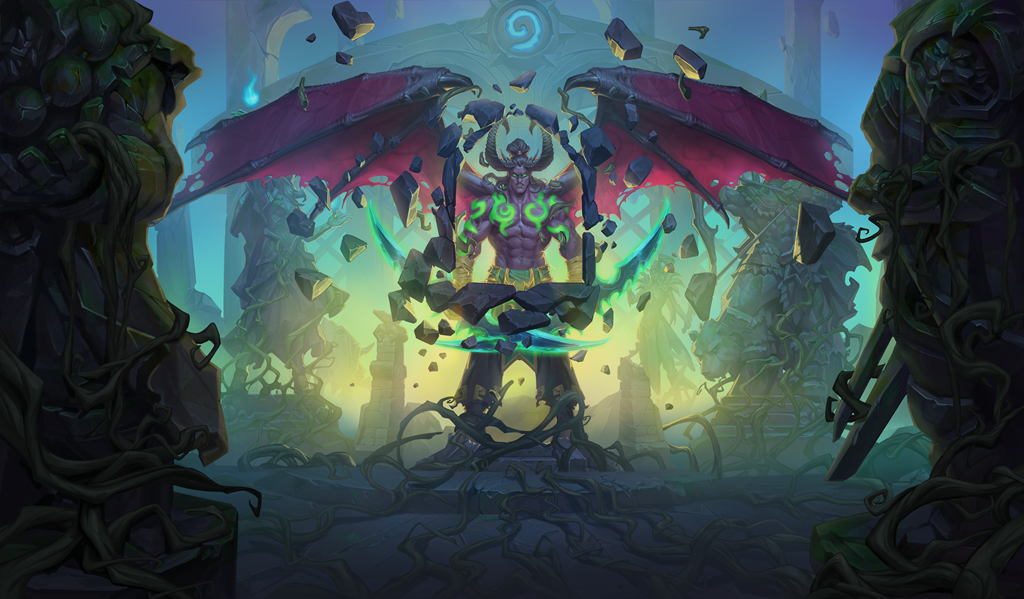 The card reveals keep flowing while we inch closer to the release of Hearthstone’s upcoming expansion, Ashes of Outland.

The latest reveal is a Legendary Shaman minion that could bring big value to the class moving forward.

The Lurker Below is a six-cost Legendary 6/3 Shaman minion with a Battlecry. The Lurker Below’s Battlecry deals three damage to an enemy minion. If the minion dies, the effect is repeated on an adjacent minion.

Early in the Descent of Dragons Standard cycle, Galakrond Shaman dominated the meta. Since the deck was nerfed, the class has struggled to regain any significant prowess. Moving into Ashes of Outland, it looks like that could definitely change. The Lurker Below looks like a powerful minion on its surface thanks to its effect.

You can check out all of the cards coming with Ashes of Outland when it goes live on April 7.