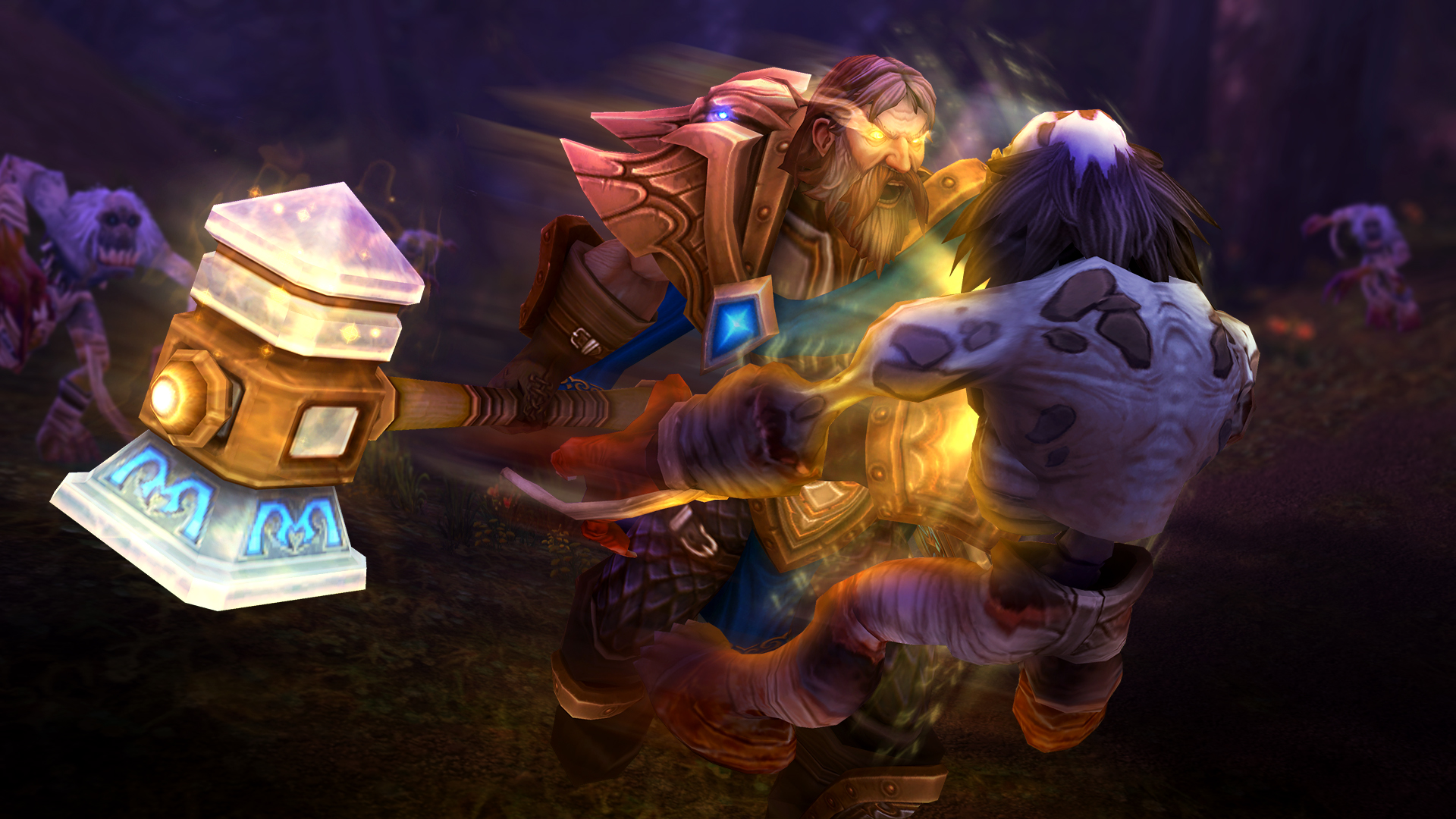 Lord Uther the Lightbringer, or Sir Uther Lightbringer, was the first Paladin of the Knights of the Silver Hand who led his Order in battle against the Horde during the Second War. Uther was a knight and apprentice cleric to Archbishop Alonsus Faol in the First War and had been a worshiper of the Holy Light since his youth. Uther met the archbishop when he was simply Bishop Faol, when he served as Uther’s spiritual advisor and mentor. During the Third War, Uther was betrayed and murdered by his beloved pupil, Prince Arthas, while defending the urn carrying the ashes of Arthas’ father, King Terenas. Uther’s body was recovered after the battle with Arthas by followers of the Alliance and laid to rest in a great tomb. The tomb is located in the Western Plaguelands, east of Chillwind Camp – the only light in a land of darkness. Although his body was slain, it was not enough to destroy the great champion of Light that Uther was. People visiting his tomb in Western Plaguelands might be able to see the meaning of the words carved on the marker stone by his tomb, for his spirit does live on, appearing to adventurers, members of the Alliance, and Horde alike. His ghost expresses wisdom; words of gratitude to those who have come to honor his memory, and words of forgiveness to those who would wish harm for him, even in death. Uther’s mace would have been named Valius and Uther is probably named for Uther Pendragon, a semi-mythical king of Britain, the father of the legendary King Arthur. Additionally, Arthas’ name is similar to Arthur.

Tirion Fordring was one of the first five Knights of the Silver Hand selected by Archbishop Alonsus Faol and was one of the heroes of the Second War. He later became Lord of Mardenholde Keep in Hearthglen before being stripped of his title and exiled for defending an orc, Eitrigg. Following the recent death of his son Taelan Fordring, Tirion committed himself to refounding the order of the Silver Hand. He now leads the Argent Crusade, an organization consisting of the old Knights of the Silver Hand and the Argent Dawn, against the Lich King and the Scourge. To this day, he remains good friends with the orc veteran Eitrigg. Tirion wields the legendary Ashbringer.

Eadric the Pure is a boss of the Trial of the Champion in the Crusaders’ Coliseum. Either he or Argent Confessor Paletress will be encountered after defeating the three grand champions of the opposite faction. Furthermore, Eadric the Pure can be found as a level 80 human quest giver located at the Argent Pavilion in Icecrown. He is affiliated with the Argent Crusade. He wears Righteous Armor and a Noble’s Monocle. Before Patch 3.2.0, he looked younger, with brown hair, but was changed to grey.