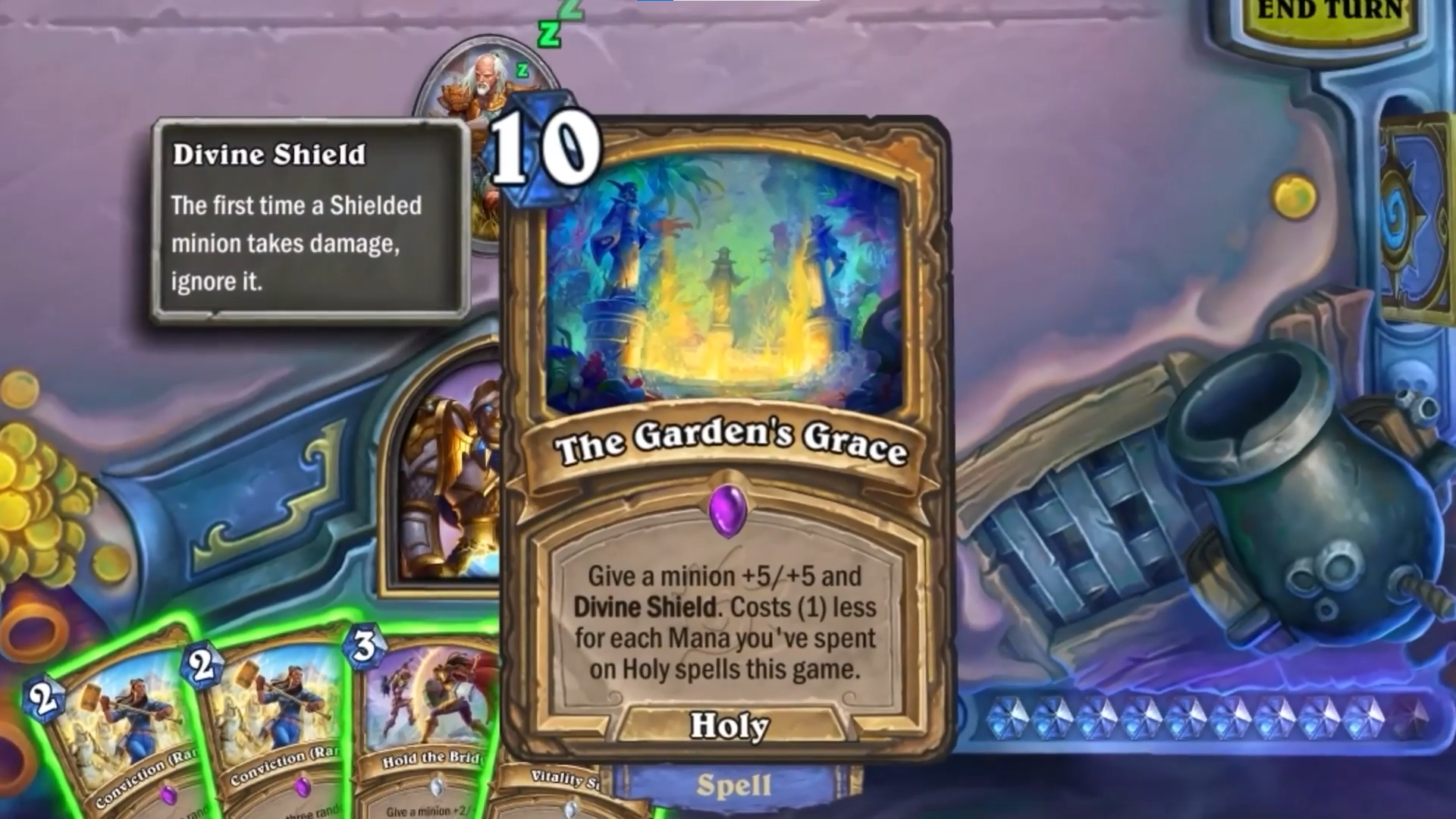 How much mana should a Paladin player play for a spell that gives +5/+5 and Divine Shield to a minion? Potentially zero, it turns out.

Revealed by Myrtle Sarrosa earlier today, The Garden’s Grace is one of the cards coming to Hearthstone‘s Voyage to the Sunken City expansion. It comes with a humongous buff and costs 10 mana to start out. However, you reduce this cost by spending mana on any Holy spell.

This means you can either play a few expensive Holy spells or a bunch of cheap ones to discount The Garden’s Grace efficiently. This should offer a wide variety of deckbuilding options, but if Hearthstone’s history is anything to go by, it will be most effective in tempo decks.

The Divine Shield component will either allow you to take a monstrous value trade against someone who’s also trying to contest the board or to provide some much-needed insurance against certain removal spells.

The Garden’s Grace promises to be a flexible and natural inclusion for Paladins. Having to run Holy spells in Paladin to get the most benefit out of the card isn’t that big of a requirement since most players would want to do so anyway, especially with powerful tutors like Knight of Anointment or Battle Vicar allowing players to consistently draw them over time. The Garden’s Grace will also have great synergy with the new Paladin legendary, Kotori Lightblade.

The new expansion seems to try to promote over-the-board combat after a long year of combo and burn strategies, and if that does become the case, cards like these will no doubt play a key part in Paladin players’ deckbuilding considerations.

Garden’s Grace will join 134 other cards to form the Voyage to the Sunken City expansion, which is set to be released on April 12.