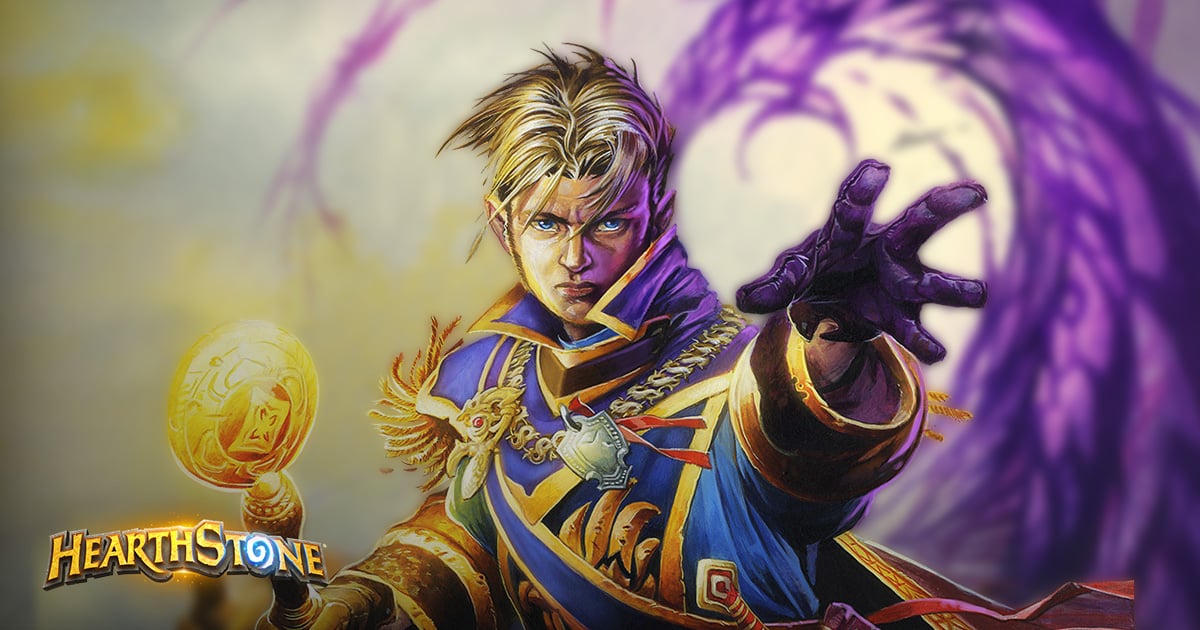 The Priest class in Hearthstone has one main archetype throughout all expansions, Control Priest. While there are different attempts at making other archetypes, players usually default to a variation of a Control Priest deck by using all the powerful cards to keep the board under control and not let opponents run away with the game.

One main reasoning behind Priest players defaulting to Control is the hero power, which is hard to use in other archetypes. The two-health restore isn’t impactful in aggressive decks where you might want an offensive hero power instead. While the Shadowform card fixes this issue somewhat, it isn’t that reliable.

With three ranked modes currently available, we made a list of decks you can play to climb easier in whatever mode you prefer to play. Below each deck, you’ll find a code you can copy to paste the list directly into your Hearthstone collection.

Here are the best Hearthstone Priest decks to play currently.

After the latest additions from the Forged in the Barrens expansion, Priest players discovered an archetype focused on the four-mana cost Rally card. It allows you to resurrect three minions with different mana costs, allowing you to target exactly what you’re looking for in your graveyard and bring them back on board before you begin spamming spells to generate more spells. The key card making all of this possible is Sethekk Veilweaver, which gives you a Priest spell every time you cast a spell on a minion.

The plan is to mulligan for the Veilweavers in your deck alongside Insight, which gives you a strong board early on while you keep building up a hand. If they die, you can bring them back with Resurrect without any issues.

Control Priest is running a similar package as the Rally priest with all the strong Priest spells included. Instead of focusing on bringing back minions and trying to generate as many spells as possible, however, Control Priest is more about using its own resources to control the pace of the game. It’s overall a great archetype that can stand tall against other powerful decks in the meta.

The plan is to mulligan for Wandmaker, Draconic Studies, and Venomous Scorpid. These cards give you a decent early-game board presence and allow you to slowly ramp your hand up.

Menagerie Priest is a unique deck running various tribes of creatures alongside powerful spells to complement them. Blademaster Samuro with the lifesteal buff can be devastating to the opponent since it can give you back a lot of health if he has a wide board. Most opponents will avoid committing due to this and might go for suboptimal plays to prevent opportunities for healing.

The plan is to mulligan for Wandmaker, Draconic Studies, and Venomous Scorpid. These cards give you a decent early-game board presence and allow you to slowly ramp your hand up into the later stages where you can begin dominating the board.

Highlander Priest is one of the more unique archetypes, using 30 different cards to be able to activate Reno Jackson, Kazakus, Raza the Chained, and others. Since you won’t have duplicates, every card you use needs to be closely thought about since you won’t get a second chance at using it.

The deck has a decent curve, allowing you to have good plays all around. Mulligan for Raza the Chained, Northshire Cleric, and Zephrys the Great. These cards are crucial to have early on since while some allow you to have good card draw early one, others are required to get going with your zero mana cost hero power.

Resurrect is one of the most infamous decks in the Wild format, sporting various big creatures and Resurrect spells to bring them back. The deck is hard to overcome for opponents if they don’t get a good early game since the board will be overran by huge creatures from turn six onwards.

Mulligan for Palm Reading, Shadow Visions, and Shadow Essence. These cards are crucial in getting your plan of summoning big creatures on board going. Once you get a couple of minions on board and they die, you can begin resurrecting them to fill the board with huge minions early on and put a stop to whatever plan your opponent hand.

Classic Priest has a wide array of tools to control the board alongside drawing cards via various combos involving Northshire Cleric, Circle of Healing, and Wild Pyromancer.

Mulligan for Northshire Cleric, Injured Blademaster, and Power Word: Shield. These cards will allow you to have a decent board early on and help you draw your deck.