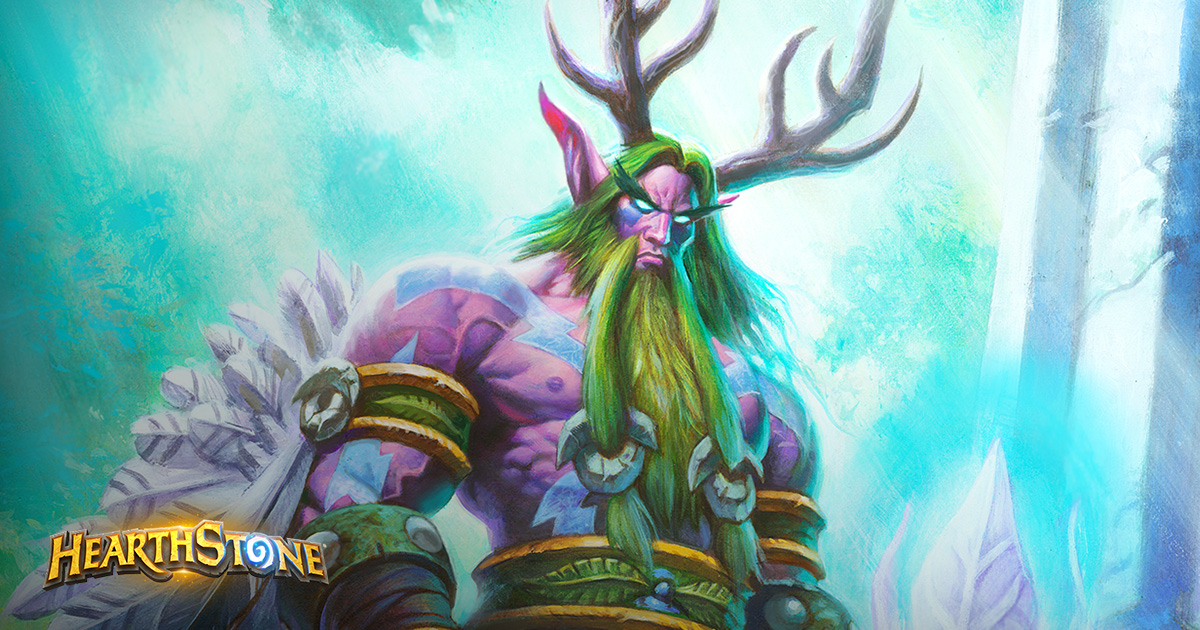 The Druid class is notorious in Hearthstone for either having a lot of mana ramp or using various tokens to flood the board, before finishing the game with Savage Roar. During every rotation, there’s at least one Druid deck that focuses on having a lot of high-cost cards and cheating them early on board to overwhelm their opponents.

With three ranked modes currently available, we made a list of decks you can play to climb easier in whatever mode you prefer to play. Below each deck, you’ll find a code you can copy to paste the list directly into your Hearthstone collection.

Here are the best Hearthstone Druid decks to play currently.

The Spell Druid deck is aimed at having a lot of spells in your deck to buff up your minions and create a wide board every turn. With this tactic, you need to constantly build up board pressue or your spells will become ineffective without having targets to buff up. The deck is effective against Control decks since it can put a stop to their dominance in the first couple of turns by creating a powerful board of tokens. With only a select few classes having access to a lot of AoE effects, you should be able to work towards your game plan for most games.

Your main goal during the mulligan phase is to keep or look into getting Gibberling, Nature Studies, or Fungal Fortunes. These cards allow you to build a good board early on and snowball from there. If you fail to get any of them, you’ll most likely have a rough early game, especially against aggressive decks. So, try to mulligan any other cards to increase your chances of getting them.

The Clown Druid deck has been coined after the Carnival Clown minion, which is a nine-mana cost creature with 4/4 stats, capable of summoning two copies of himself on board. But if you Corrupt it by using a card with a higher mana cost, it will fill the board with copies instead.

You need to use your mana ramp cards early on to get going, so look to keep or mulligan for Wild Growth, Overgrowth, Lightning Bloom, or Innervate. These are your core cards early on to cheat minions on the board early on and build a solid board presence until you get your Clowns on board.

Miracle Druid is a weaker deck compared to the other two, but it’s still powerful in good hands. The main goal is to ramp up before using Celestial Alignment to reset the mana crystal count and then cheat out powerful one-mana cost creatures or spells. The goal early on is similar to Clown Druid, where you need to mulligan aggressively for Wild Growth or Overgrowth.

Big Druid is similar to the Miracle Druid from Standard, using half of the same cards due to how powerful they are by default. One great addition from Wild is Emperor Thaurissan, which reduces the cost of your cards by one at the end of the turn, allowing you to create explosive turns combined with Celestial Alignment.

Mulligan aggressively for Wild Growth or Overgrowth and keep drawing cards until you get your Celestial Alignment. After using it, you should have an easy win condition against your opponent. With a lot of one or zero-cost cards, all you’ll have to do is spam the board with various creatures to overwhelm your opponent.

The Token Druid deck is aimed at having a lot of cards with a low of mana cost to be able to build a wide board early on, before finishing off your opponent with a Savage Roar. You might encounter games, where you can get an early lethal off against your opponent with a good early game. The deck is all about those explosive turns and if you fail to get them, it’s better to concede and move onto the next game.

But the deck is not entirely hopeless and there might be ways to salvage a lost game by using Ancient of Lore’s card draw to get a Force of Nature and Savage Roar combination in your hand. For it to be successful, your opponent needs to already be in lethal range.