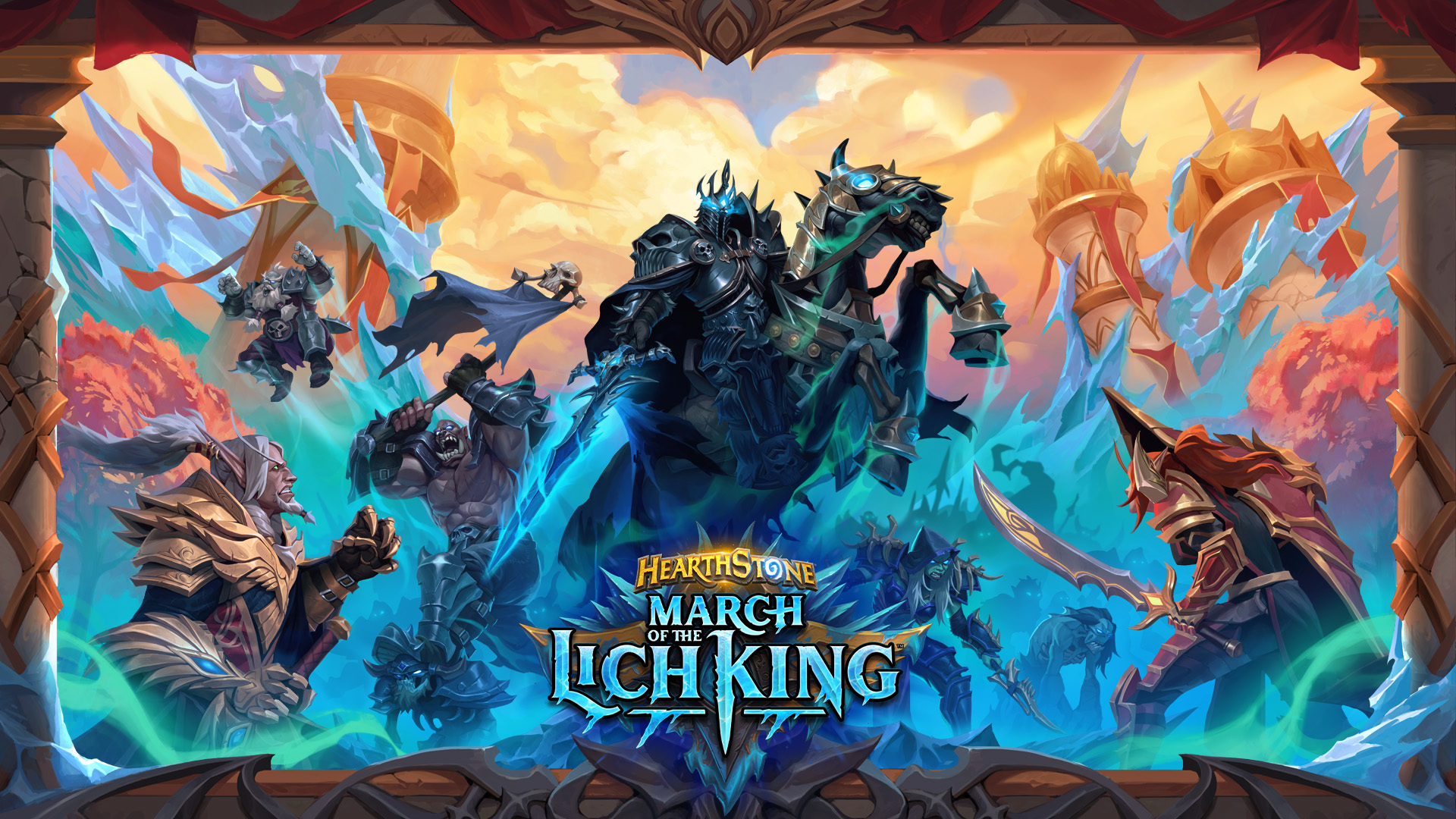 A cold wind is blowing through the Tavern, bringing alongside it Arthas and his Death Knights.

Hearthstone’s March of the Lich King expansion just debuted and now is your chance to test some of the expansion’s new cards without dropping cash on packs.

As you can tell by the above flavor text, this week’s Tavern Brawl, A Lich King Recipe, is simple. All you need to do to get started is choose a class. Once you’ve done so, you’ll be given a Standard deck that includes cards from the new March of the Lich King expansion. Your opponent will do the exact same and then you’ll battle it out for Tavern supremacy.

If you’re looking to test out Death Knight in the Tavern, you’ll need to complete the Prologue first. This is found in adventure mode and is essentially a tutorial for how to play the class. Once you’ve done so, you’ll be able to use the Death Knight class across all of Hearthstone, the Tavern included.

Playing each class gives you a good idea of what themes they have to offer with the new expansion. When you play Paladin, for example, you’re pushed toward the Dragon archetype, making use of new cards like Time Warden and Flight of the Bronze. That means you can likely expect to see some Dragon Paladin action in Standard in the near future.

The best thing about this Brawl is the ability to replay it as all of the different classes so you get a little slice of what each has to offer. If you’re unsure of which class you’d like to invest dust or time into during March of the Lich King, this Brawl is a great resource.

As always, your first victory in the Brawl will net you a free Standard card pack.