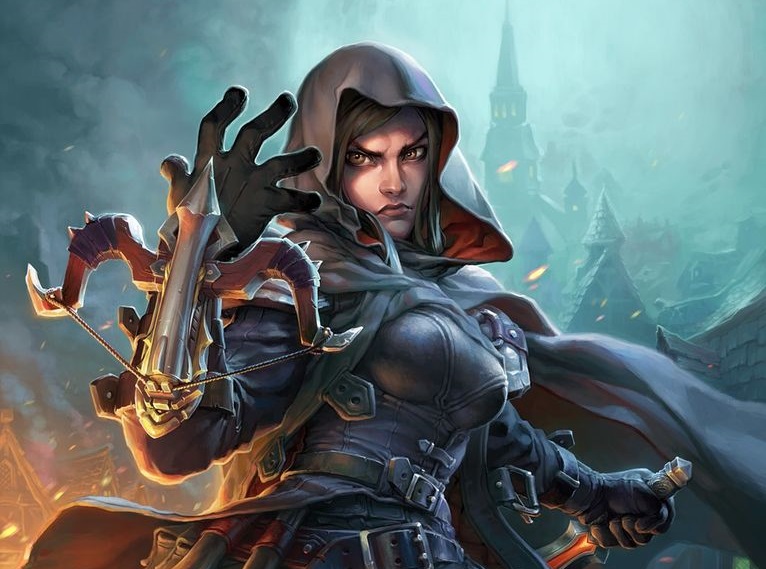 Tess Greymane, the Rogue legendary added in The Witchwood expansion, replays every card played from another class during the game. It’s kind of like Yogg-Saron, but with cards from other classes instead of spells.

Of course, Yogg-Saron was nerfed six months after being released. Rather than the effect playing out to conclusion no matter what happened, the nerf made it so that the effect would stop if Yogg were destroyed, silenced, or otherwise removed from play.

When Tess was released players obviously had a question—will she behave like Yogg before or after the nerf? Helpfully, principal game designer Mike Donais was on hand to provide the answer on Reddit. Tess behaves like pre-nerf Yogg.

Well, that was until yesterday. In the bottom of the updates notes, among the “bug fixes and gameplay improvements”, were changes to Tess. She was now limited to 30 cards like Shudderwock, and subject to the same removal conditions as Yogg after the nerf.

The community is not happy. This is a pretty clear nerf, but it hasn’t been presented as such. No dust refunds are being offered for the card, like they would for a card nerfed usually. Popular personality Brian Kibler called it “a travesty”, and the thread criticizing the move is sitting on the top of r/Hearthstone with over 14,000 points. There are about ten threads about Tess on the front page of that subreddit right now.

Blizzard appears to have two options. Firstly, they could revert the change. The card isn’t really that powerful or common, so that probably wouldn’t hurt anything. If there’s another reason for the change, like the card was causing technological problems, then the other option is to offer dust refunds. Given the card has pretty clearly been nerfed, that would seem fair.

Blizzard has yet to comment on the decision or the community reaction.