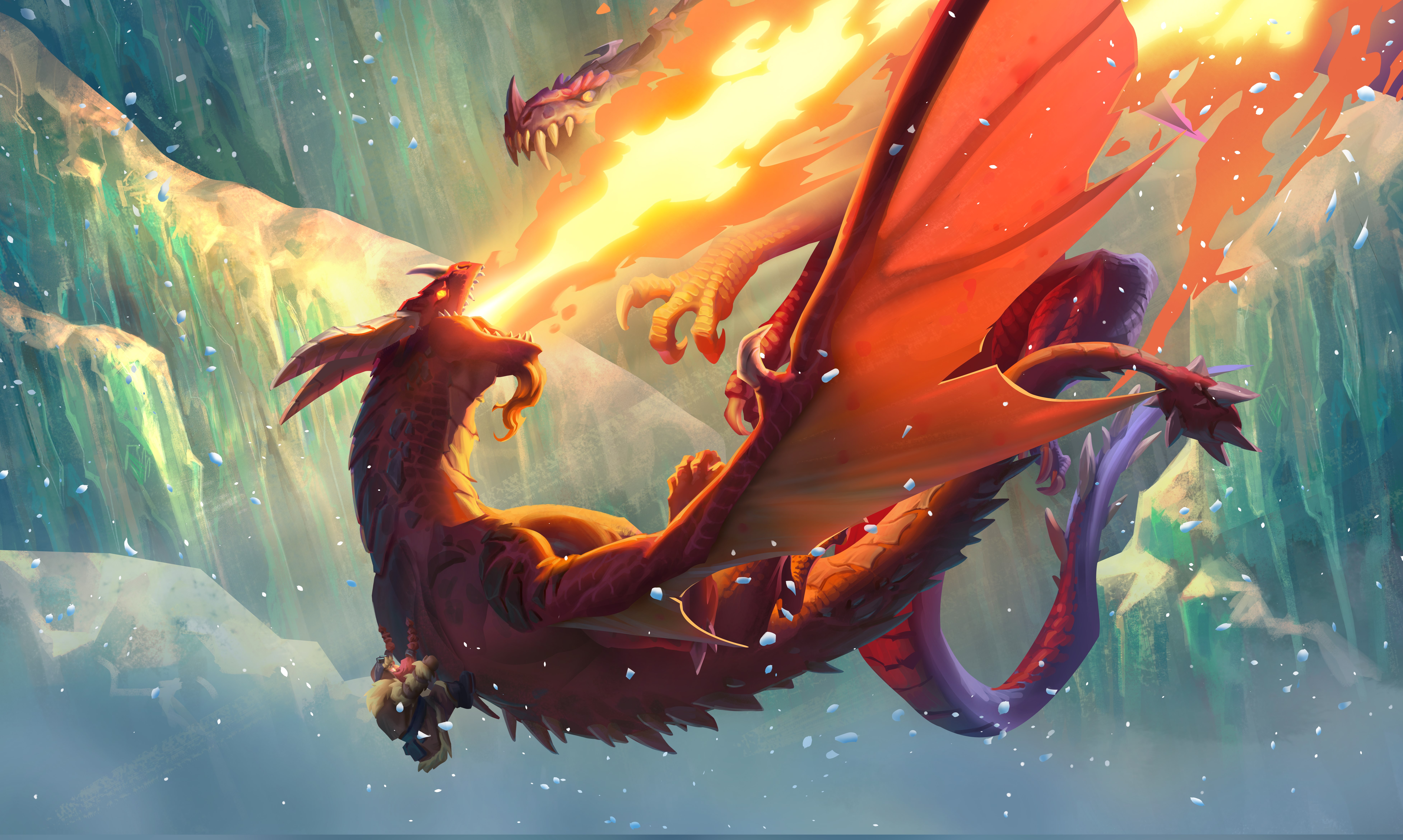 The latest Hearthstone expansion, Descent of Dragons, went live yesterday and players are experimenting with new deck loadouts. These fresh cards are sure to shake up the meta, but Shaman decks are still topping the online leaderboards.

The Shaman class performed well during the previous expansion, Saviors of Uldum. Overload and Quest Shaman had some of the highest win rates consistently throughout SoU. These loadouts were commonly spotted during both online ranked matches and tournaments.

It doesn’t appear as though Shaman is ready to give up its spot as one of the top decks-to-beat in the new meta, however.

Hearthstone statistics and deck-building site HSReplay.net reports that the Shaman class is sitting atop the leaderboards with a cumulative win rate of 55.3 percent. The top Shaman deck is flaunting a 68.7 percent win rate out of an estimated 12,000 games played. This deck consists of four legendary cards, four epics, 12 rares, and 10 commons. It costs a total of 9,600 dust to craft.

Here is the deck code for any players interested in trying it out: AAECAaoIBO/3Ar2ZA+O0A9PAAw2BBLIG7/ECtJcDxpkD1KUD+aUDt60Dua0D/q4Dqq8D0K8DgrEDAA==

Although the Shaman class remains one of the strongest picks right now, this may change in the next few days. DoD was just released yesterday and players are still exploring new builds to dominate opponents. Additionally, the statistics reported by HSReplay update slowly and may not be completely up-to-date on the actual current rankings.

The new meta has only just begun and deck rankings are likely to fluctuate for the next week or so.