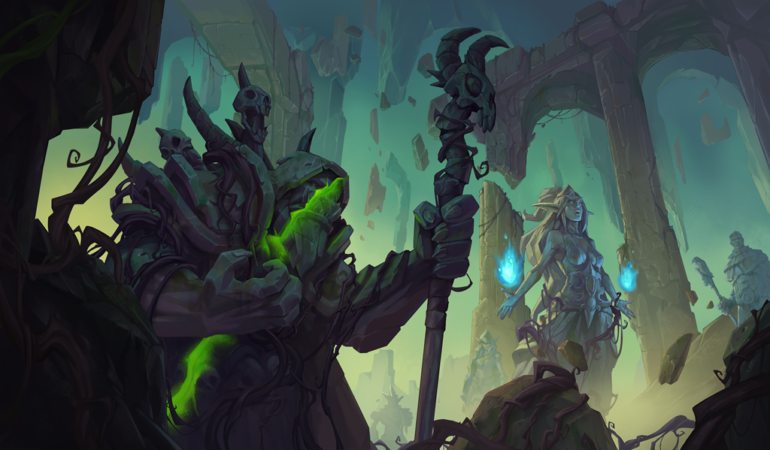 Hearthstone’s upcoming Ashes of Outland expansion is drawing dangerously close, kickstarting the Year of the Phoenix, and bringing a slew of cards, and a new playable race.

The latest card to join the expansion is one beefy dude. Scrapyard Colossus is a 10-cost Elemental with seven attack, seven health, Taunt, and a Deathrattle. When it dies, it summons a 7/7 Colossus with Taunt.

Scrapyard Colossus’ place in the Hearthstone metagame is questionable at this early stage of the expansion but it does have potential in constructed. It’s expensive, and it might be difficult to fit in a regular deck, but its flexibility means there could an answer somewhere.

Shaman cards like Muckmorpher might be a viable option, transforming itself into Scrapyard Colossus for just five mana. Finding a deck that fits around these two cards is another story altogether, though.

Hearthstone’s Ashes of Outland expansion launches on April 7, but fans can pre-order the expansion today from Blizzard’s online store.