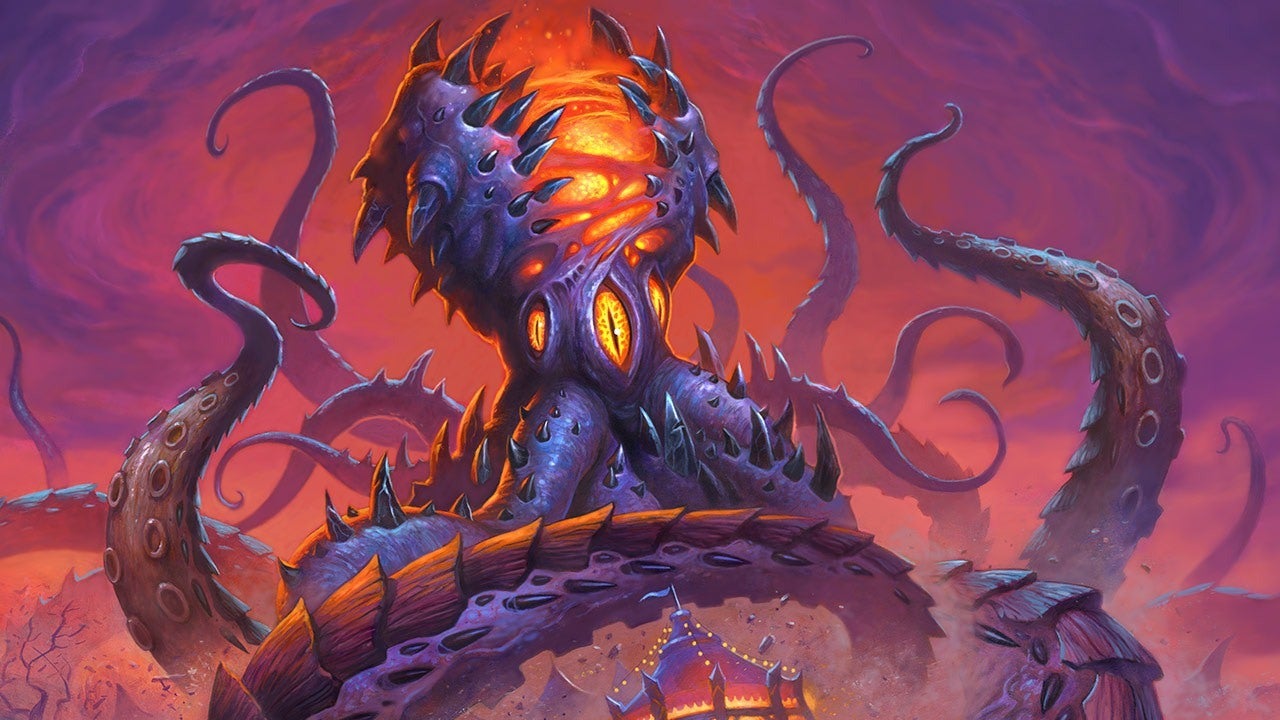 Madness at the Darkmoon Faire, Hearthstone’s upcoming expansion, is almost here, featuring the return of the Old Gods, 135 new cards, and the new Corrupt keyword.

The latest card to be revealed is Prize Looter, a one-cost Rogue minion with two Attack, one Health, and a Combo. It deals one damage to a minion for each other card you’ve played this turn.

Prize Looter is a surprisingly strong card and will provide a good chunk of value in the right deck. It costs just one mana and should fit quite easily into a number of Rogue decks. Miracle Rogue stands out, however.

The only downside to Prize Looter is that it only targets minions and can’t deal damage to the face. Even so, it’s a solid tempo card. Sap, freeze, or use a trap, and your trusty Prize Looter will pick up the pieces.

Madness at the Darkmoon Faire, which is set to release on Nov. 17, can be pre-ordered today in one of two bundles from Blizzard’s online store.