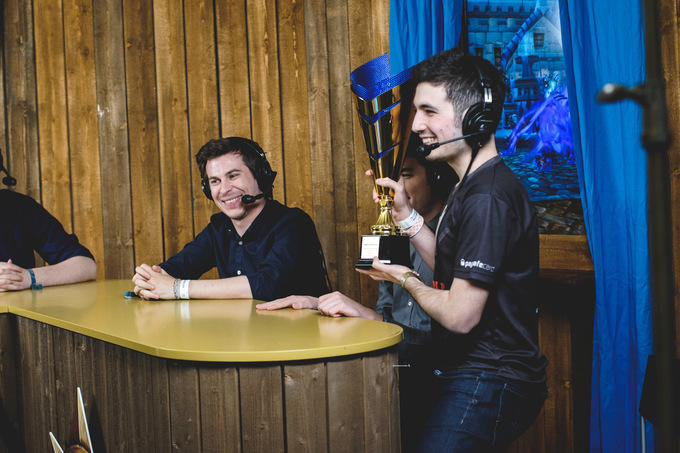 Rdu defeated American player “Fr0zen” 3-1 in the final to win his second DreamHack Summer title and the $8,000 first prize with an aggressive lineup of Shaman, Zoo Warlock, Hunter, and Tempo Mage.

With the victory, Rdu ties with Aleksandr “Kolento” Malsh for the most major tournaments in Hearthstone after victory at DreamHack Summer 2014 and the inaugural Insomnia Truesilver Championship last November. He is also the only player to win a major event in every year of Hearthstone‘s lifespan. Rdu also boasts the Archon Team League Championships trophy among his haul.

The Mage deck was Rdu’s ace in the hole all weekend, an off-meta pick that many underestimated. Fr0zen banned it in the final, respecting the damage it had done in getting Rdu to that point.

Rdu had a tough road to the final. He took out young upstarts Kobe “Guukboii” Van Schepdael and George “BoarControl” Webb, the latter in an emotionally charged series that saw Webb lose game two of the series with a miscalculation of fatigue damage. In the semifinal Rdu bested accomplished Dane Frederik “Hoej” Nielsen.

Perhaps with victory here, Rdu will finally rid himself of the tired cheating accusations dogged his first DreamHack Summer victory. In his semifinal against Jason “Amaz” Chan, he received chat messages revealing cards that were in Chan’s hand—but the series was already heavily in Rdu’s favor, and the messages were judged not to have influenced the game. His subsequent victories have taken place without controversy.

This time, however, Fr0zen was the subject of negative attention. After DreamHack admins incorrectly sent an old, incorrect iteration of Fr0zen’s Rogue deck to players in the top 16, French player Michaël “Maverick” Looze alerted admins when a card was played that didn’t feature in the decklists he received. After extensive review the admins confirmed it was their mistake, and the quarterfinal continued.