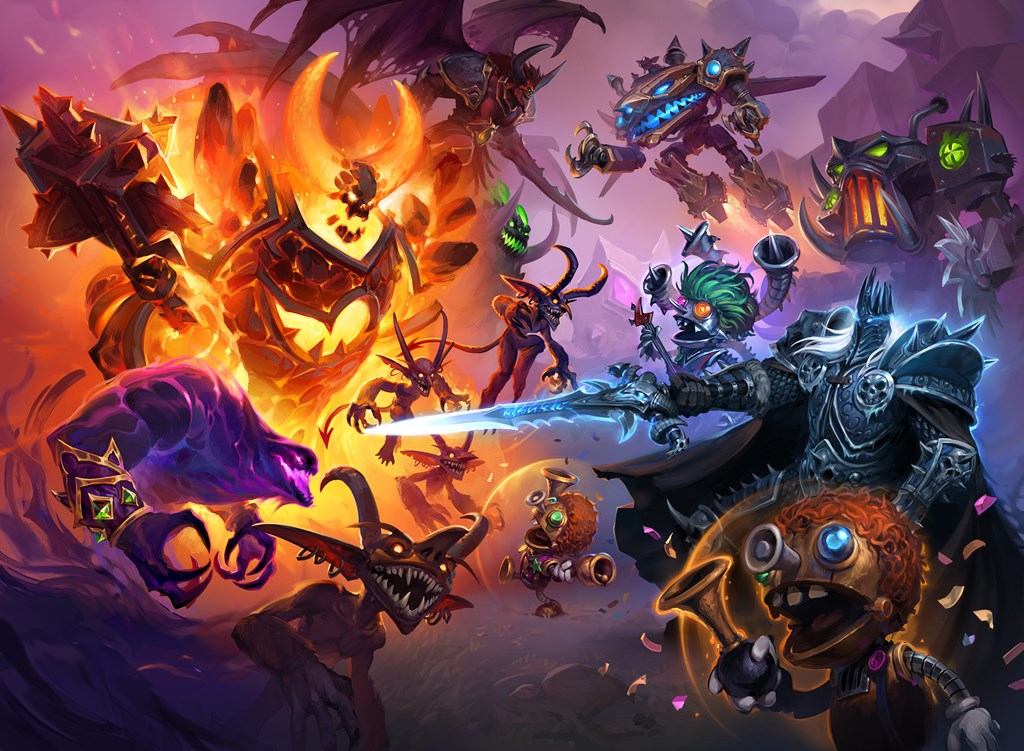 On two separate occasions now Donais has teased the release of Rafaam, leader of the League of EVIL. According to Donais’s most recent statement made in Twitch streamer Slysssa’s chat, we can expect Rafaam to join Battlegrounds Dec. 5. Though we don’t know anything about how Rafaam will function in Battlegrounds, you can bet his Hero Power will be EVIL.

Another card, King Bagurgle, will be joining alongside Floating Watcher. This card was originally part of the World of Warcraft card game which predates Hearthstone. Though the card has never appeared in Hearthstone before, it was recently in an ad for Hearthstone Battlegrounds. King Bagurgle will be a Tier 5 minion with a powerful Battlecry and Deathrattle. When Bagurgle enters the field, or when he dies, your Murlocs will gain +2/+2. If Bagurgle is upgraded, your Murlocs gain +4/+4 instead.

Battlegrounds fans won’t have to wait long to take Rafaam and company for a spin. Rafaam, Bagurgle, and Floating Watcher are all expected to join Battlegrounds with the modes Dec. 5 update.