Yesterday I talked about Dragon possibilities, a lot of them. However, the only Dragon Deck we are absolutely sure will work is the Priest one, the others are mere brews without purpose and decks we don’t know will work.

Today however I bring you a plethora of decks that will, absolutely sure, work come the new standard.

These lists, however, are Pre-Spring-expansion, and changes might come to happen to these lists when Spring hits – but it is still nice to note that these decks are going to be playable regardless of what comes in the spring expansion, and that is why we should be looking at them with great care.

Murloc Paladin deck base is entirely Standard, the only cards lost in the entire deck were

antique-healbot. Since swapping these cards for ones of similar effect can’t be that hard right now, playing a Murloc combo deck come the new standard is one of the safest bets you can take.

However, which cards could safely replace Belcher and Healbot in this deck? We don’t currently have anything as powerful as these cards, however we have a couple of cards that are very close to them.

Sludge Belcher was the universal replacement of 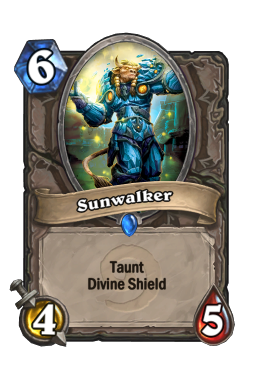 sunwalker, an old powerful taunt that stopped being played after Belcher made it into standard, so I believe trying the Sunwalkers out is a fine place to start. Other options is just adding more healing to the table, with possibly 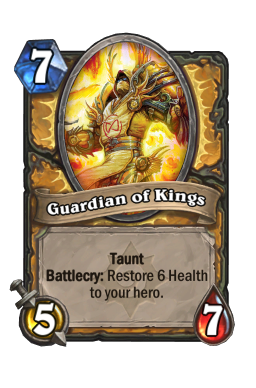 Then we move on to replacing the slots of Antique Healbot, here we’ll have both Guardian of Kings as well as Refreshment Vendor.

So then it is said: We have a deck with even more healing than before, but now without the taunting Sludge Belcher provides. Of course better cards can show up to replace both Belcher and Healbot slots on the next expansion, but even if it doesn’t we’ll still have ways of playing with the deck.

shieldmaiden in this expansion, those cards were so important! Yeah, but now Control Warrior’s removal and a lot more powerful too! That combined with the upcoming nerf on Druid’s combo and Paladin’s Early/Mid cards removal, Control Warrior is bound to be a very powerful deck in the new metagame, if not the most powerful one.

This is the one of the decks I am putting most of my faith upon, and I think you should too.

Other possible cards for Control Warrior that weren’t put in the list for a lack of slot: 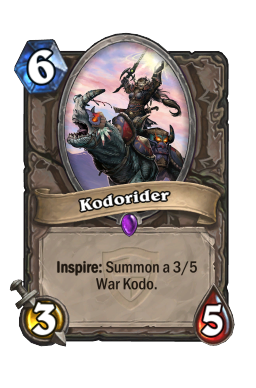 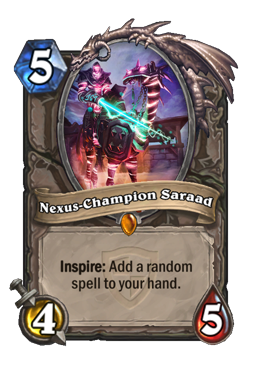 It might come as a shock, but despite the huge possibility of losing the Combo, Druid is still going to be a very powerful and dangerous class in the metagame. The power to generate tons of tempo with both

wild-growth are still massively powerful despite the loss of Combo properties. Now, the Druid class is going to be more late-game oriented rather than combo oriented, and you should not be surprised if you start seeing tons and tons of Taunt druids and Ramp druids flying around the ladder as one of the best decks out there.

Did you also just noticed how this deck only has a few non-classic cards? Druid classic cards are very powerful and shouldn’t be taken lightly.

Other Top Decks I won’t be Posting Lists

The most obvious post-rotation deck of all. Face Shaman only lost

crackle, that can easily be replaced by anything else, at the same time we have a metagame free of Sludge Belchers and Antique Healbots, so I believe that if something very powerful (or a nerf) doesn’t come to spot the power of Face Shaman, this is going to be the deck to beat post-rotation.

Another powerful deck that was very strong pre-Naxx and that became outshadowed by what we call today the standard Midrange Hunter with Mad Scientists and Secrets and such.

Obviously, Hunters will lose a lot of power, but Midrange Hunter is still a very good deck against Control Warrior because of how hard it is for the Warrior to deal with the highmane, which is one of the few strong Deathrattle minions left in the game.

Another deck I talked about in my last brews article, that is for sure to be a post-rotation strong deck is Dragon Priest. I talked a lot about it in my last article so I won’t be going deeper here. The deck, despite not being one of standard strongest players, will lose almost no cards post-rotation and is bound to be a strong player regardless of what the expansion brings.

Rogue lost Oil, but the Malygos version, which is said to be as strong as Oil’s, lost nothing at all. The deck is bound to be a very powerful player, especially taking into consideration that most of it’s nightmare cards are leaving the game.

it is, as of right now, very hard to tell if Zoo is going to survive the rotation, but we have to remember there was a Classic Zoo list a long time ago that was a top tier list at the time. I can’t say right now if Zoo is going to live up too see the light of day in the new standard, but it’ll for sure be tried.

Freeze Mage, despite losing a major player in the form of

mad-scientist, finds itself in a very favorable metagame, and with the possibility of Druid’s combo nerf, there won’t be much left to stop Freeze Mage’s power outside of Control Warrior constantly putting it in check. This can end up being a very powerful deck, so keep an eye out for this.

And these are the decks that come to mind right now. Obviously, there are bound to be other decks that I haven’t thought about, but overall I think this is the correct list of decks that will be playable post-rotation for sure.

I hope you guys enjoyed this read, as it was a pleasure writing all this for you! Any questions? Found any deck that will be playable that I missed to spot? Let me know in the comments!

I love you all, see ya in the next article,