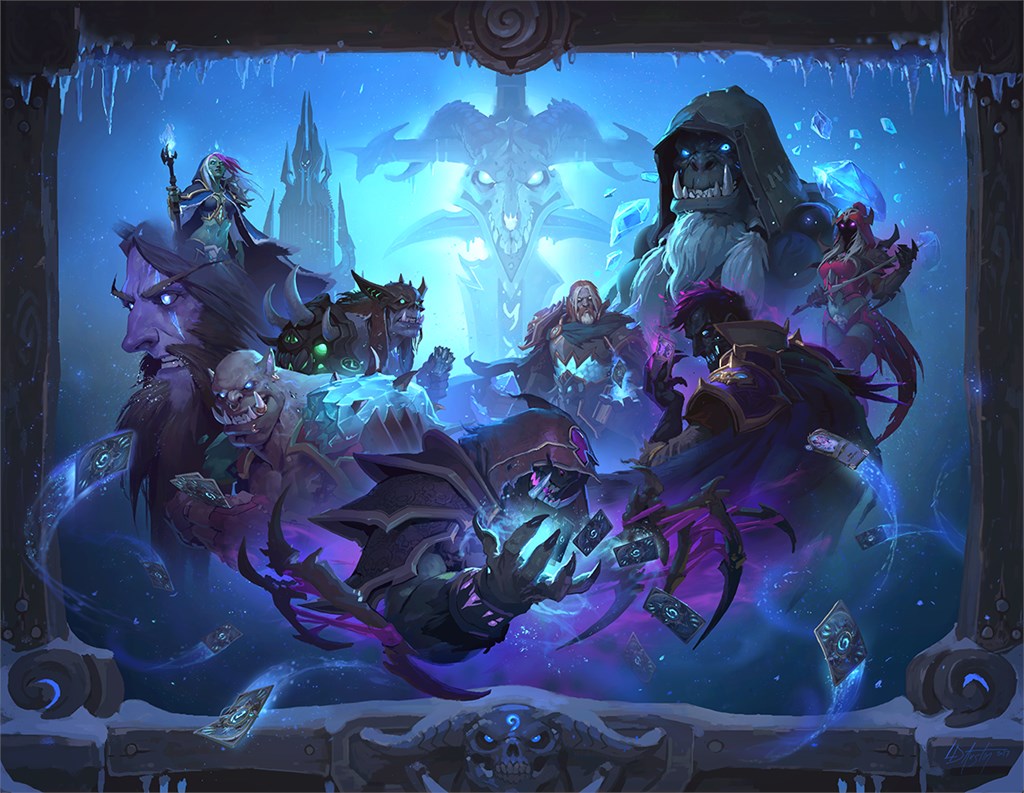 Knights of the Frozen Throne continues its emphasis on keyword abilities and synergies with the latest card reveals.

Today’s Hearthside Chat with lead designer Dave Kosak revealed four new cards available to players in Knights of the Frozen Throne. Three of these cards derive their power from the Divine Shield keyword ability—a refreshing change of pace after the Deathrattle love of late.

Bolvar, Fireblood is headliner as the new Paladin Legendary. A fearsome sight to behold, Bolvar encourages Divine Shield synergies by growing in attack power with each friendly shield lost. Bolvar will want to play alongside cards like Selfless Hero and Grimestreet Protector that will enable his growth into a dominant presence on the board. While Bolvar requires some investment, his seven health should keep him on the board for a turn or two to ensure he does some damage.

Light’s Sorrow is the latest addition to the Paladin armory. Similar to Bolvar, Fireblood, Light’s Sorrow grows in power with each friendly broken shield. However, it’s four mana cost contends with Paladin weapon staple Truesilver Champion, a weapon that immediately provides four attack for its cost. Furthermore, a high density of Divine Shield minions in your deck encourages the use of Rallying Blade, another Paladin weapon. It’s unlikely the Paladin player will want to play all three. While Light’s Sorrow power can certainly snowball out of control, it just might not be worth the trouble.

Corpsetaker, a neutral card, rewards creative deckbuilding with its unique Battlecry trigger. Upon entering the battlefield, Corpsetaker gains the keyword abilities of remaining minions in your deck among Taunt, Divine Shield, Lifesteal, and Windfury. Lifesteal is a new keyword ability with Knights of the Frozen Throne, and we’re still waiting on more Lifesteal minions to be revealed. The Paladin class contains strong Taunt and Divine Shield minions in just Tirion himself and complements a Corpsetaker strategy, however.

Within the Shaman class, Corpsetaker gains Taunt, Divine Shield, and Windfury just off of Al’Akir the Windlord alone. Corpsetaker is best on turn four and gets much worse if drawn late.

Bonemare is a neutral common card that strengthens a friendly minion and gives it Taunt. While too expensive and not near powerful enough for its cost in constructed, Bonemare seems like an acceptable pick in Arena where board control is king.

The new Divine Shield synergies within the Paladin class may foreshadow the abilities of the yet to be revealed Paladin Hero Card. Until then, the cards keep coming in as we prepare for battle against the Lich King in the coming weeks.