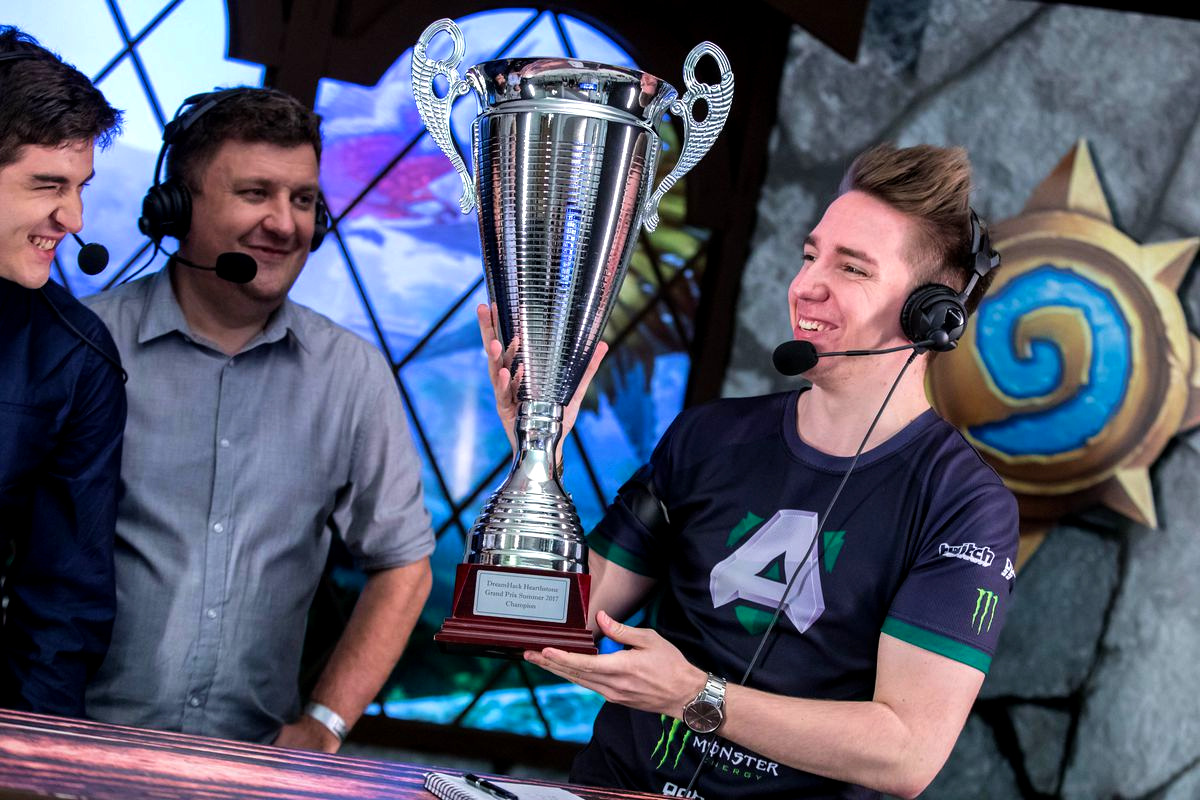 After a 7-2 run through the swiss portion, Orange cut his way through the playoff bracket to claim the trophy and the $7,500 first prize.

Orange’s Paladin was banned for much of the bracket, but he made up for it in the final. His N’Zoth build dominated “espumito” of Spain, taking a 3-0 victory over his lineup of Mage, Warrior, and Paladin.

Orange’s N’Zoth Paladin performing so well adds further complexity to the current picture of how Paladin is played. With so much of the meta swinging between aggressive Murloc-focused Paladin and slightly slower midrange builds in the initial days of the Un’Goro meta, control decks are making a comeback.

The current thinking on N’Zoth Paladin doesn’t seem to work on the surface. Orange’s list only plays three deathrattle cards: Cairne, one Infested Tauren, and the ever-present Tirion Fording. But that’s really all it needs to be a big threat. The N’Zoth itself is a 5/7, and being able to summon a second Tirion alone is a powerful enough late-game swing. N’Zoth isn’t the sole strategy of the deck—it’s simply an extra late game tool if the combo of Tirion and Ragnaros Lightlord doesn’t get the job done.

One deckbuilding trend in recent months has been to put one of the new early game taunt minions in practically every midrange or aggressive deck. Tar Creeper was in vogue for a while, but now Paladin at least is strongly favoring Stonehill Defender. This allows for even more potential fuel for N’Zoth.

Some, like playoff finisher “Seiko” of Germany, have stripped the N’Zoth package to just a Tirion.

As we go along the spectrum, the proportion of murlocs in the decks slowly increases. Hydrologist is generally the only murloc in control decks, and as cards like Vilefin Inquisitor and Murloc Warleader appear the decks gain more of an early game focus.

Druid actually appeared in the top 16 more frequently than Paladin, with 13 players opting for it compared to 12 for Paladin and Shaman.

Druid doesn’t have this diversity in opinion, however. While three players did opt for an aggressive token build, the other 10 brought a version of the long-standing Jade Druid archetype. Such decks are also allowing Yogg-Saron to creep back into the meta game.

While Jade Druid remains stable in its position as top dog, debate has raged over the Shaman class since Un’Goro was released. Murloc Quest Shaman, Elemental Shaman, and Aggro Shaman have all made a play—but Evolve Shaman now runs the table.

Evolve Shaman, like many of the best Shaman decks before it, is something of a mongrel. This list from Orange is a good example. It includes Patches and Bloodsail Corsair for early game pirates, a basic Jade package of Jade Claws, Jade Lightning and Aya, and totem synergy cards like Thing From Below. What do all these things have in common? Board pressure. Creating as wide and sticky a board as possible helps the deck snowball to a win, and allows for crazy plays with Evolve.

Mage, Rogue, and Warrior were all also well-represented in the playoff bracket. Just one player brought Priest—Dragon Albert and his Miracle list. Hunter and the much-maligned Warlock class failed to make any impression at all.