Hello guys! Its been almost a week since my last article. I was actually working my way into legend, but I was doing so slowly. I havent played much hearthstone lately because I felt like the game was just too static, no meta shift or anything going on to justify a real active play from myself. But I do have been developing some new builds that I wish to share with you guys, and today we’re talking about one of the most sucesful ones I used on my legendary ladder grind: The Shaman Midrange!

I tried a lot of things while creating this deck. The biggest problem was the card draw. The meta changed, as said before in many articles to a more tempo oriented deck, due to the spam of miracle rogue everywhere (which is not likely to change due to its huge consistency). Therefore the use of

Mana Tide Totem was denied to most shaman decks. Of course you can keep on using it, but it will a be dead card in so many matches that its not even worth having any of these anymore.

So the problem came up: the card draw. Even tho the deck can run without any card draw outside of

Azure Drake, there are some matchups, the most popular being Warlock Zoo, where you NEED extra cards in order to retain the mid-late game in your favor. Even if you win the early game you could eventually get overrun by their massive card draw despite the fact most of your cards 2-for-1 theirs. So after some thinking I came to the conclusion adding a

Gnomish Inventor was the best option overall for this deck as a card draw body.

The fact it has only 2 attack is meaningless compared to its 4 health. Against Decks like Zoo and Miracle this card just shines! Because they will have to spend a couple of their cards to get rid of this pesky gnome, while it will still give you one card. They WANT to get rid of any card you put in the board, no matter the size, that is why this card is so good.

At the same time, a lot of matchups have changed, many decks went into the “tempo” strategy, which means this girl will still do good in other matchups as well.

The other additions such as

alakir-the-windlord are justified by the meta, the reason I choose al’akir over 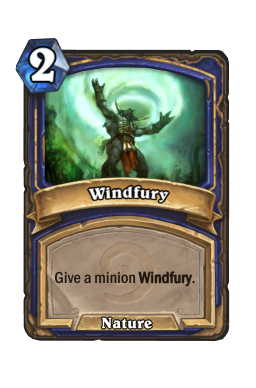 Windfury is that I prefer consistency over potential. I belive its a matter of taste, probably.

Doomhammer is worse in the aggro matchup than the 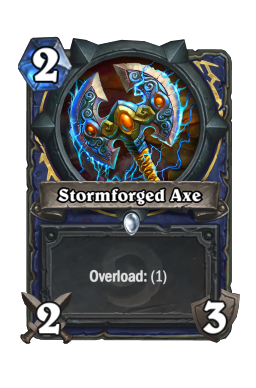 Stormforged Axe, but its a win condition in the miracle matchup as well as in many midrange games. The fact this deck became stronger against aggro in the lastest changes means you can give yourself the luxury of using Doomhammer. Yes it will lose you the game in some matchups where your oponent casts a

Harrison Jones, but its just so rare nowadays to see an oponent actually using Jones that I feel confortable enough to run Doomhammer in my deck.

Argent Squire: The strongest neutral 1-drop in the game, has good sinergy with both Defender of Argus and Flametongue totem.

Bloodmage Thalnos: You have so many spells in your deck that adding this guy is a must, mostly because of the fact it cycles itself while still doing something good the turn it comes into play. Save this guy until the turn you need to use his +spellpower.

Flametongue Totem: takes a lot of advantage from your hero power as well as your minions. a very strong card in any shaman deck.

Feral Spirit: Another value card, 3 mana for two 2/3 minions with taunt, a very strong card overall and should be in every shaman deck, but watch out: dont over-overload yourself!

Lightning Storm: one of the strongest board sweepers in the game. Shines even more in this deck due to the fact you have so much spellpower minions. 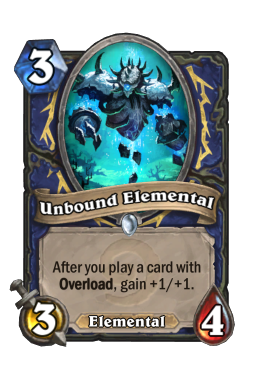 Defender of Argus: A strong 4-drop, sinergizes well with your hero power and your early game minions. The reason I dropped 1 of those guys is the tempo war, altho it is good when you are ahead, this guy by itself is a weak minion and you already have flametongue totem to take advantage of “being slightly ahead”.

Doomhammer: Explained in the deck development.

Azure Drake: A strong body, card draw AND spellpower. Just too good for shamans to ever drop.

Fire Elemental: One of the best 6-drops in the entire game, gives you instant value when hits the board due to its battlecry.

alakir-the-windlord: Huge sinergy with shaman mechanics, has finishing potential combined with some shaman cards as well as a decent board presence.

Warlock Zoo and other aggro decks in general: Mulligan for 1-mana removals and early minions.

The fate of this game will be decided if you will, or not, get good value out of a Lightning Storm, Zoo games are usually a coin-flip but this deck has an edge over Zoo when compared to other shaman versions.

Go for minions, board presence. In this matchup, you have to play very agressive. Do not go for removal, try to mulligan only for minions if you dont have any. the more agressive you go for board, the higher are the chances you will win this game. Try to cast your doomhammer as quick as possible, because not only they dont run taunts, they also have no way of removing weapons.

Druids in general:Mulligan for early game minions and Hex.

Go for board, the hex is a good backup plan in case he innervates an strong minion early in the game, generating a 2 or even 3 for 1 situation. Shamans are usually better than druid in this matchup. Remember: Druids have no good way to deal with the board outside of minion attrition, therefore do not be afraid of getting hit by sweepers.

This game lasts so long, mulligan for the early game because you’ll want your mid-late cards in the mid-late game, dont go for hexes but try getting 1-mana removals for their early drops. Feel free to Earth Shock acolyte of pain whenever you feel like he doesnt have enough cards, play around their 1-of Brawl and after they cast it, go for board.

You need ways to deal with their big minions early in the game because they will always be there. if you get the right removal earlier in the game, the odds you’re winning are big.

Mage Control: Mulligan for early game minions, and to a lesser extent earth shock and hex.

Another match that takes too long to roll. They have an edge here due to the fact you can not heal yourself, and after they used their Alexstraza, if you cant kill them after, you’re pretty much dead. Those removal are to be used in their Doomsayers(earth shock, hex), if you can keep the pressure up while preventing them from wiping your board, you win.

These guys also have a slightly edge here, due to the fact their situational cards are good here, play like you would be playing against Druid because they lack board presence as well as sweepers. Try to always kill/silence their

northshire-cleric as soon as possible, but never use Hex to do so.

Paladin Midrange/Control: I sugest to mulligan for this as if you were playing against an Aggro deck, unless you are 100% sure its a midrange one, in that case go for minions only.

They have weaker minions than druid, but better removal and board control. This makes it so this game is slightly harder than druid one: its even. Once again: be greedy with lightning storms AND hexes in this specific matchup, go for board control because your cards are better unless they manage to combo theirs for board wipe or tempo advantage, such as

Consecration. Mulligan for early game minions only, forget the removal since they lack early game. Keep in mind most paladins play aggro, so unless you know exactly what your oponent is playing, you should play this matchup as if the oponent was playing an generic aggro deck rather than a control or midrange one.

This is a pretty back and foward match, because of how much value Lightning Storm has here. You are never in control unless you forced both their storms early in the game. Be greedy with your lightning storms!!!! And only use them with spellpower.

I loved this deck, shaman is by far my favorite class and I think my version is the one that shall give you the best results in the ladder these days. This deck gave me the highest win-rate out of all the decks I used this season. Have fun playing it, hope you love it as much as I did!

This is it for now guys, see you in the next article o/