We all know that Blizzard has promised a new announcement for tomorrow, the 11th of March. Most have assumed it to be a new expansion, but today, as reported by Eurogamer, a painted advertisement might have leaked the expansion’s name and theme. 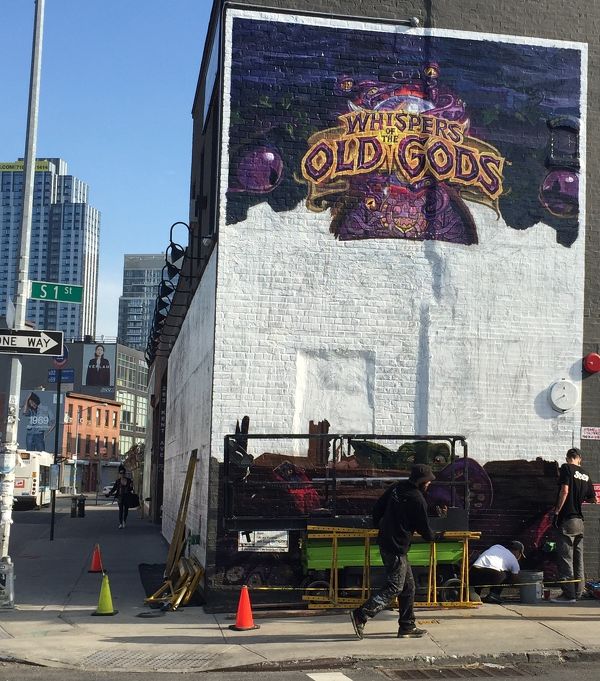 “Whispers of the Old Gods” is the name of the supposed next Hearthstone expansion (the green tape in the picture reportedly covers the hashtag #oldgods ).

The Old Gods are the Cthulhu-inspired shadowy force behind much of the evil in Warcraft’s history. For several times, World of Warcraft players have been tasked with defeating some of their awakening forms, and some story beats even hit that the Old Gods, at the height of their power, dwarfed even the mighty Burning Legion.

Join us tomorrow during the reveal at  11 March, at 10AM PST, where we at Hearthstone Players will be commenting live as the cards are revealed.