Will these new cards fill the void? 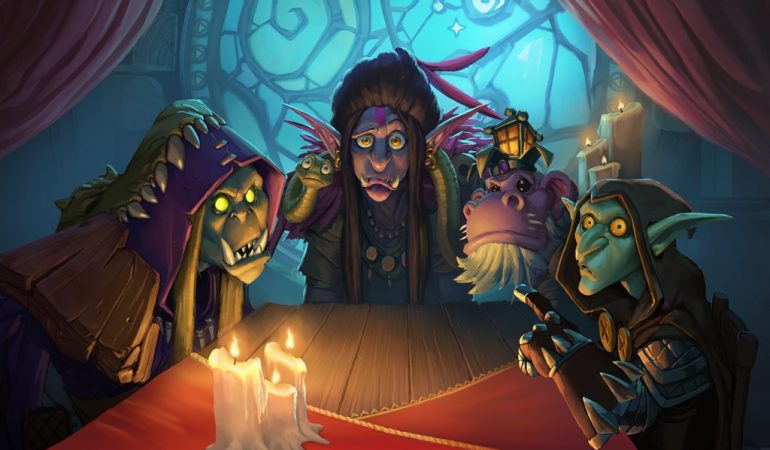 In this same announcement, Blizzard revealed that Mind Blast and Vanish are headed to the Hall of Fame and that they’ll be replaced by a new card. Although there’s no word on exactly when these changes will go live, Blizzard says we can expect the new cards in the game’s next major update.

Vanish is a six-cost Rogue spell that returns all minions to their owners’ hands. Blizzard said that while it enjoys Rogue’s knack for getting out of sticky situations with targeted removal, Vanish negates one of its intended weaknesses by allowing them to clear out an entire board. As Vanish heads to the Hall of Fame in the next major update, it’ll be replaced by the new card, Plaguebringer.

Plaguebringer is a four-cost 3/3 minion with a Battlecry that gives a friendly minion Poisonous. It looks like the team would rather Rogue have reliable single target removal as oppose to grand sweeping board clear. While you could definitely argue losing Vanish is a nerf, maybe Plaguebringer will exceed expectations.

As for Priest, an old favorite is on the chopping block and losing it will completely do away with an entire archetype. Blizzard said that Mind Blast gives Priest the ability to inflict a large amount of direct face damage and that it wants to limit the damage Priest can deal from its hand. By doing this, the team says it hopes to produce cards that better emphasize Priest’s strength in controlling the game.

Mind Blast was a two-cost spell that dealt five damage, but the new Priest card Radiance is a one-cost spell that restores five health to your Hero. It looks like Priest players can expect to see a slower control-based playstyle continue to emerge as the year progresses.