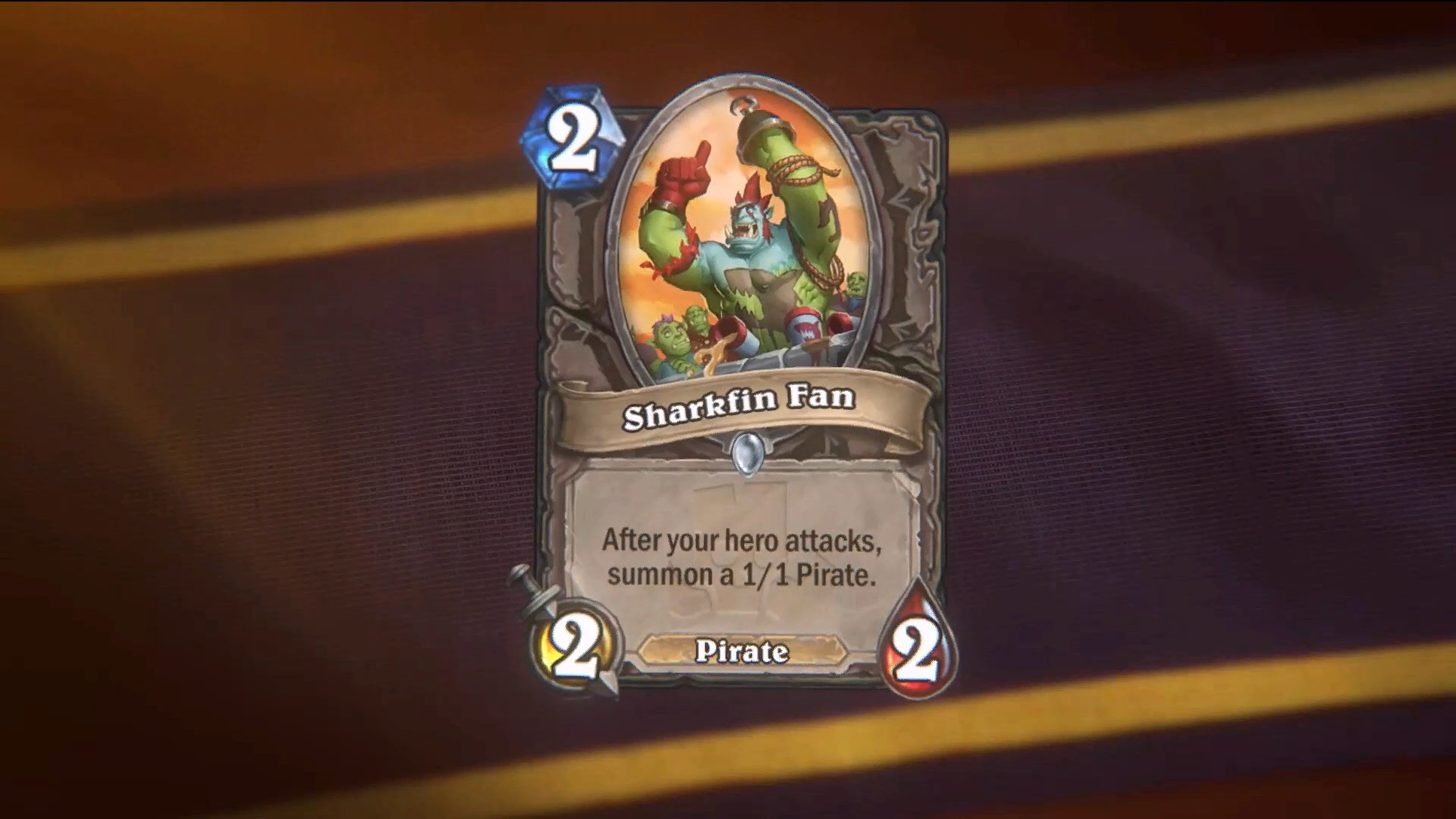 After a slight hiccup at BlizzCon 2018, four new Hearthstone cards were revealed. Among them is the new common card Sharkfin Fan.

“After your hero attacks, summon 1 /1 Pirate,” the card reads.

This card, and the other three, are part of the new Hearthstone expansion called Rastakhan’s Rumble.

Players are able to pre-purchase the expansion now. There are two bundle options: one for $20 and another for $50.