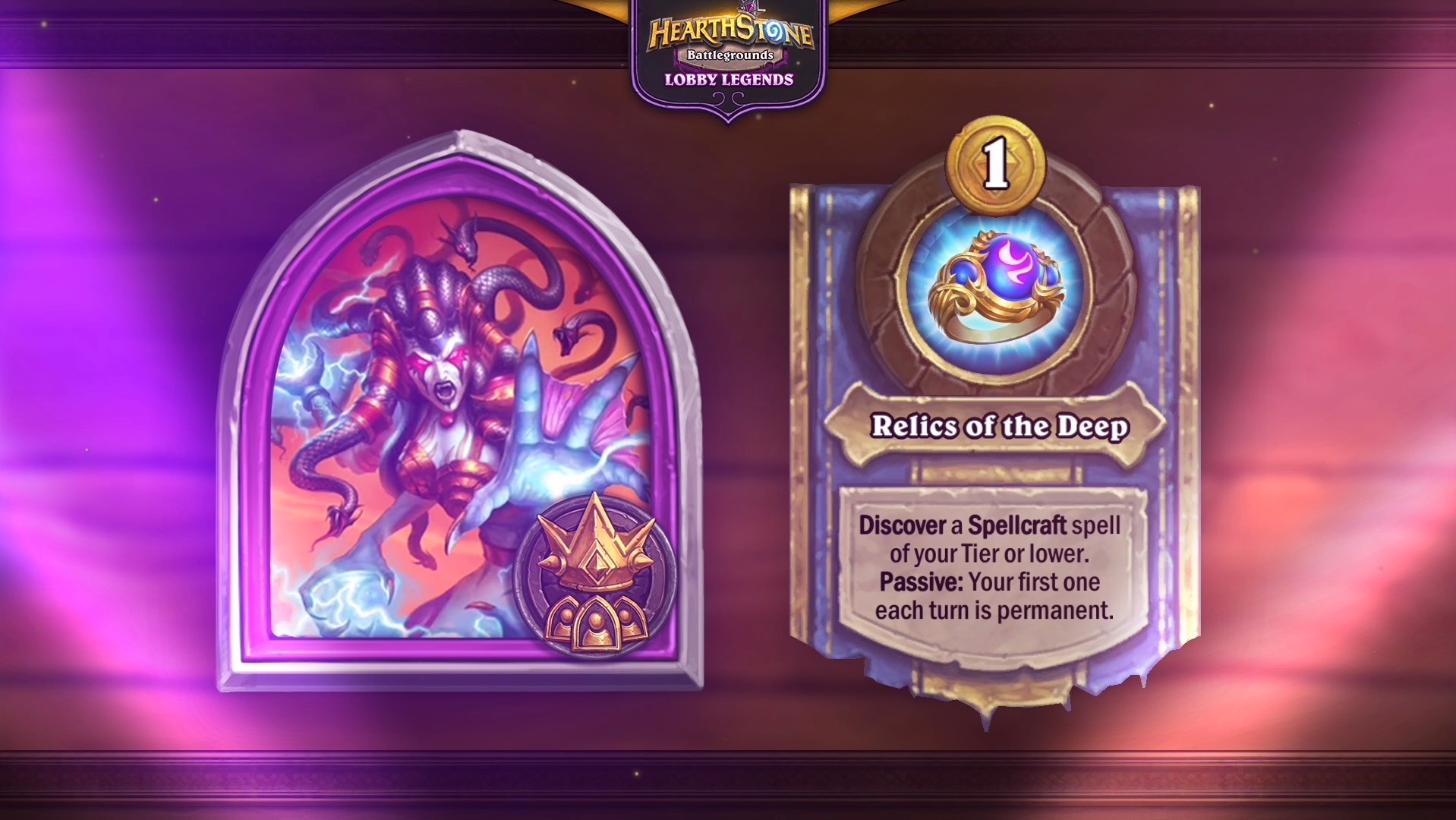 The latest Lobby Legends broadcast revealed the arrival of Lady Vashj will bring us the second Naga-synergistic hero after Queen Azshara.

Lady Vashj comes with a one mana Hero Power called Relics of the Deep. It reads, “discover a Spellcraft spell of your Tier or lower.” Combined with an additional Passive effect of “Your first [Spellcraft spell] each turn is permanent,” this looks like an incredibly powerful combination. Since Lady Vashj is a Hero with strong tribal synergies, she will only appear in the pool when Nagas are in the lobby.

Stacking up permanent Divine Shields, George-style, looks like a super-strong option in the mid-game, and the consistent early scaling offered by the permanence of the first Spellcraft spell each turn should ensure that you make it to that point relatively unscathed.

This isn’t the character’s first appearance in Hearthstone: Lady Vashj also had a card in Constructed, one of the “Prime” cards in the Ashes of Outlands set: she was a three mana 4/3 Shaman Legendary with Spell Damage +1 that shuffled Vashj Prime into the deck upon death. Vashj Prime was a seven mana 5/4 with Spell Damage +1 and a Battlecry that read “Draw three spells. Reduce their Cost by (3).” It was not a particularly popular tool. Her Battlegrounds incarnation seems like a more powerful character.