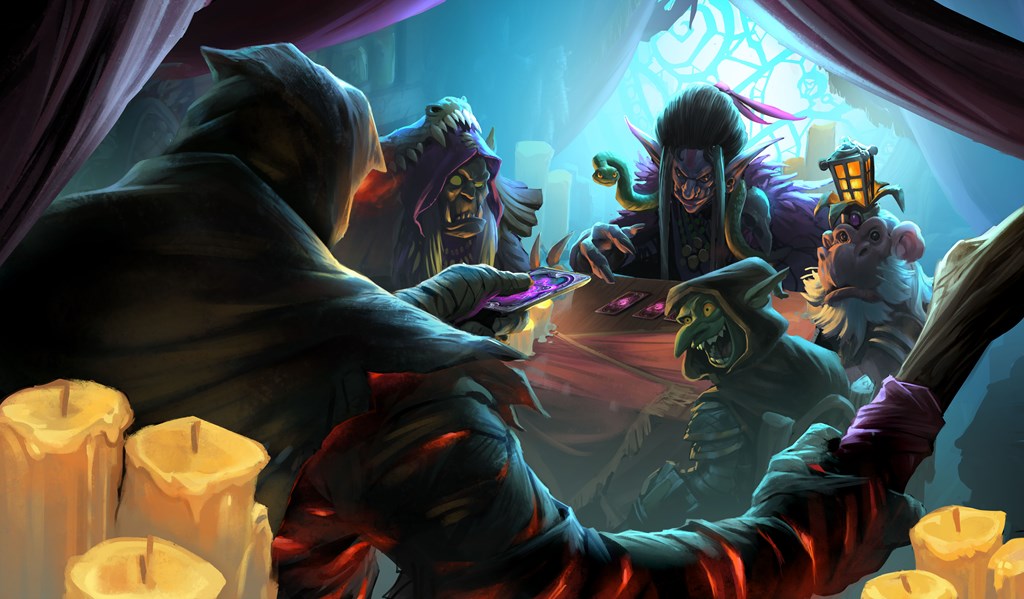 Hearthstone fans have been treated to a potential teaser for the next expansion in the popular digital card game today. Perhaps we shouldn’t get too excited just yet, but it looks like the League of Explorers won’t be letting the League of EVIL carry out their dastardly deeds unchecked.

In a new cinematic uploaded on Hearthstone’s official YouTube channel today, we find Togswaggle as he’s peering over what appears to be Madame Lazul’s Tarot style Hearthstone deck. As he does so, one of the cards begins to glow. After raising the glowing card, King Togwaggle is blasted by music that will teleport anyone’s ears directly to an Indian Jones film.

Our big bellied King is blown away by the triumphant music and a look of fear instantly spreads across his face. This seems to hint that the League of EVIL might soon be opposed by Hearthstone’s own League of Explorers.

The League of Explorers was a solo adventure during the early days of Hearthstone that followed four Legendary characters. Players were introduced to Elise Starseeker, Reno Jackson, Sir Finley Mrrgglton, and Brann Bronzebeard as they traveled Azeroth in search of an ancient Titan artifact called the Staff of Origination. Throughout the adventure, the League faced countless evil-doers who would rather have the staff to carry out their own bidding.

Similar to the individuals involved with the League of EVIL, the League of Explorers have also been featured as playable cards within Hearthstone. Players may remember facing the popular Reno Jackson archetype that allowed someone to fully heal if their deck had no duplicates.

If the next expansion is League of Explorers themed, Togwaggle and his EVIL pals might have their hands full. The Hearthstone team might have some mechanics cooked up to accompany our new adventurous set, too. The teaser ends by saying more information will be revealed on July 1.