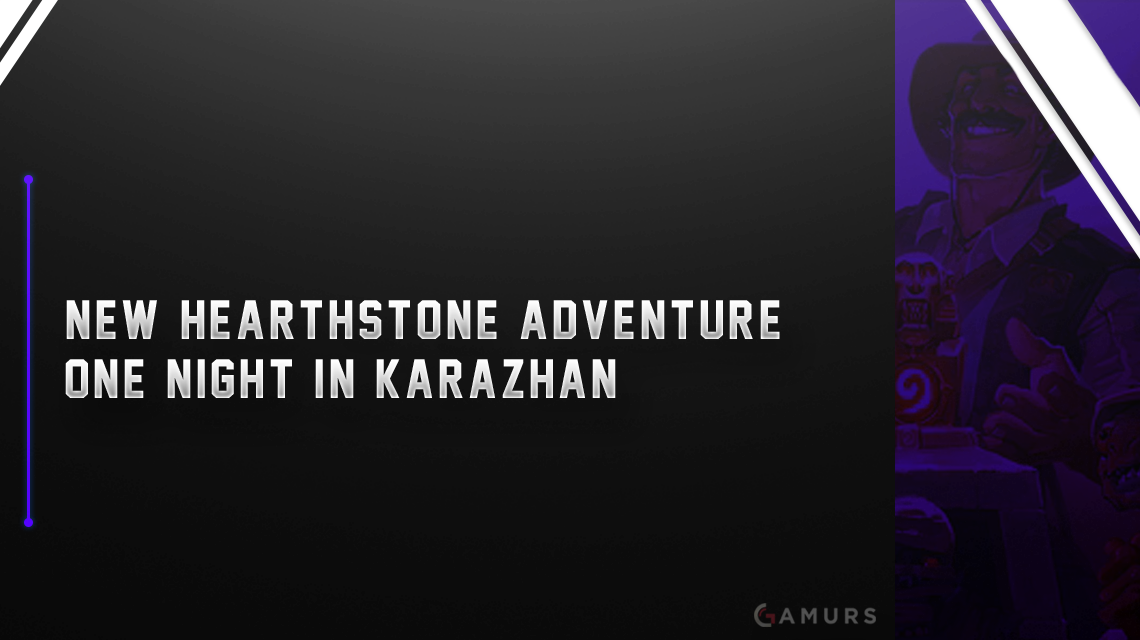 A couple of hours ago, Blizzard and Ben Brode announced thenew and fourth adventure for Hearthstone; One Night inKarazhan. There have been speculations for weeks aboutwhen the new adventure would be released and what the theme willbe. Fans do not need to wonder anymore, as the new adventure iscoming on Aug. 11.

There will be a free prologue, where you willeventually fight Prince Malchezaar, which will award you with twocards, out of the 45 new cards that will comealong with the new expansion in total. Apart from the prologue,there will be four more wings: The Parlor, The Opera, TheMenagerie and The Spire. You can see the pricesbelow.

Whoever purchases the whole adventure in the first week of it’srelease will get an exclusive card back, which can also be seen inthe picture above. Arguably even more exciting, we also get to playon a new game board.

A couple of cards have already been announced, but there are moreto be revealed, and you can follow each of them at the game’s official site.

Are you as excited as we are about the new adventure? Let usknow in the comments below.