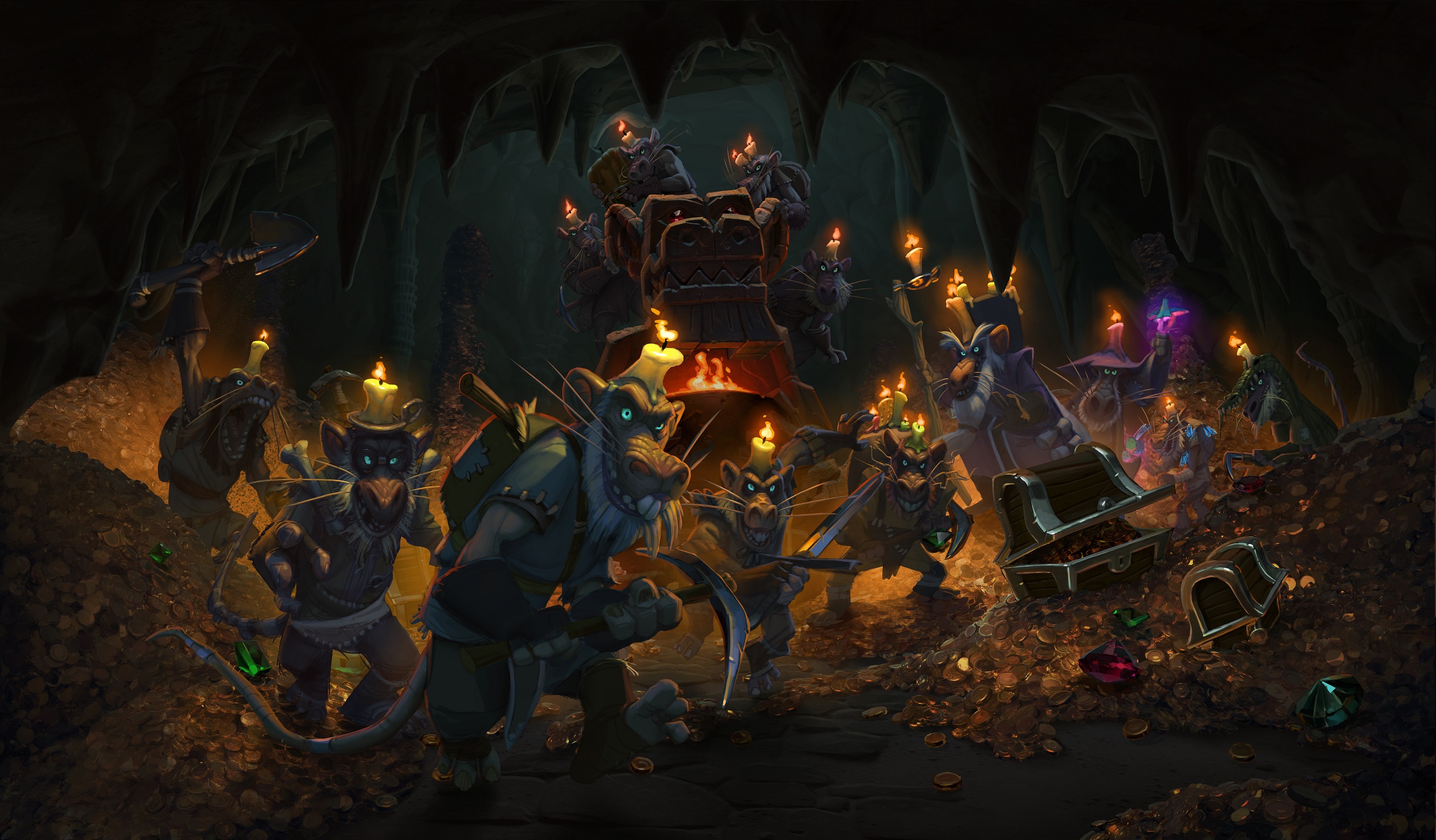 Many Hearthstone players would have assumed that the game wasn’t going to undergo any changes until the spring. Three expansions would rotate out of standard, and some cards would potentially be moved to the Hall of Fame set—but until then, this was the meta we were getting.

But that was wrong. On Monday, Blizzard announced nerfs to four of the most powerful cards in the meta game right now. That’s undoubtedly going to shake things up a bit.

That’s probably a good thing. As we saw with the World Championship, the post-Kobolds & Catacombs meta was all but solved. Priest, Warlock, Druid, and Rogue were the dominant classes with very limited variation.

So with these changes coming, how dead is each card really? And how will it affect the decks that have relied on them?

Make no bones about it—this is one of the most dramatic nerfs we’ve seen in Hearthstone. It brings back memories of Starving Buzzard, which was moved from two mana to five and effectively removed from relevance.

Corridor Creeper is getting reduced from five attack to two, because a 5/5 for three or less mana was just too damn powerful. But now at 2/5 it’s a Carrion Grub, and that card does see any play for three mana.

If it was going to see play anymore, it’s probably in a slower deck than right now. Maybe in some kind of control deck where it can be taunted up, or even in a Midrange Hunter because of the beast tribe. But it’s time in aggro decks is just over. Those aggro decks were already a little on the back foot in a control-heavy meta, but they should survive. With tools like Cobalt Scalebane and even the Lich King finding a home in Tempo Rogue and other decks they will adapt to a Creeper-less life.

Raza Priest has been the best deck in the meta for quite a while now. Most recently, combo versions of the deck with Raza the Chained and Anduin Shadowreaper have dominated. The deck can burst people down from insane life totals thanks to the combo potential of cheap spells and the zero mana hero power.

So that zero mana hero power is gone. Instead, Raza will reduce the hero power to one mana. That’s a big change, but not a deadly one.

With the Anduin and Raza combo, there still exists the potential for big burst damage. Priest still has cheap spells, and ways to reduce those to even make them free. But it’s not as oppressive or consistent. Expect Highlander Priest to continue to be relevant in the meta—that is until Raza rotates out of Standard.

It’s not flashy, but Bonemare has been the MVP of the Knights of the Frozen Throne set. It’s probably the best mid to late game option that exists in the common set, with most good late game tools being more expensive.

The stats were pretty insane. For just seven mana, players could add 9/9 of stats to the board with Taunt. Again, it was a card that saw a ton of play in Standard and had implications for Arena too.

So now Bonemare goes up to eight mana. It’s not a huge change, but it’s probably going to have a significant impact. Eight mana is a difficult slot, and eight mana 8/8s have a strong history of being pretty terrible.

This is going to have most impact on Tempo Rogue, the leading aggressive deck in the meta right now. That could be really bad news for the direction of the meta, as those tempo decks help keep control somewhat in check. Decks like Jade Druid are going to need to step up.

This little guy has been terrorizing Hearthstone ever since he was released, and nerfs have been high on the agenda for most players forever.

But when he was continually overlooked, it seemed like Blizzard were content to just let him rotate into Wild passed the point we could all stand him in Standard.

Blizzard has finally said “no more”. Patches’ reign of terror is over. He still pops out as soon as a Pirate is played, but now he won’t have Charge. He can’t impact the game straight away, and give aggro decks a potentially insurmountable tempo swing. It doesn’t seem like much, a free Stonetusk Boar. But in those early turns board presence can be really difficult to overcome.

Hopefully, this means that the days of every aggro deck playing Patches, Southsea Deckhand and/or Bloodsail Corsair are gone. It was really inelegant deck design, but it had to be done—it was just the best early game out there. Even if your class didn’t play weapons!

But maybe some form of Pirate Warrior, such as that deck currently is, will still play him. You might as well right? But at least in the relevant top tier of the meta, Patches is saying goodbye. Players around the world are saying good riddance.