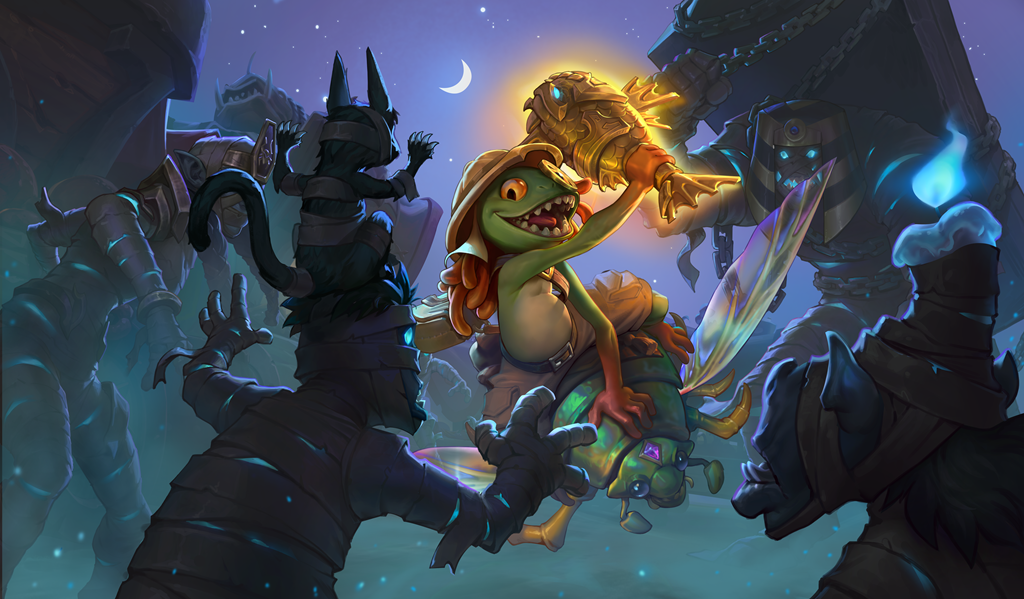 A nifty new addition to Hearthstone’s upcoming Saviors of Uldum expansion has just been revealed.

Neferset Ritualist is a two-cost neutral minion with two Attack, three Health, and a Battlecry. Upon entering the battlefield, the card restores adjacent minions to full Health.

Neferset Ritualist has the perfect stats and tempo for Arena, but it also could have some interesting uses in Standard play. It has the potential to fit comfortably in Heal Druid, Priest, Control Warlock, and Zoo decks. It’s relatively versatile, allowing for experimentation. It’s also neutral, meaning any number of decks could take advantage of it.

Neferset Ritualist is pretty much a better version of Hozen Healer, combined with the stats of River Crocolisk. Expect the card to see plenty of play in the seasons to come.

Stay tuned for even more card reveals before Saviors of Uldum drops on Aug. 6.