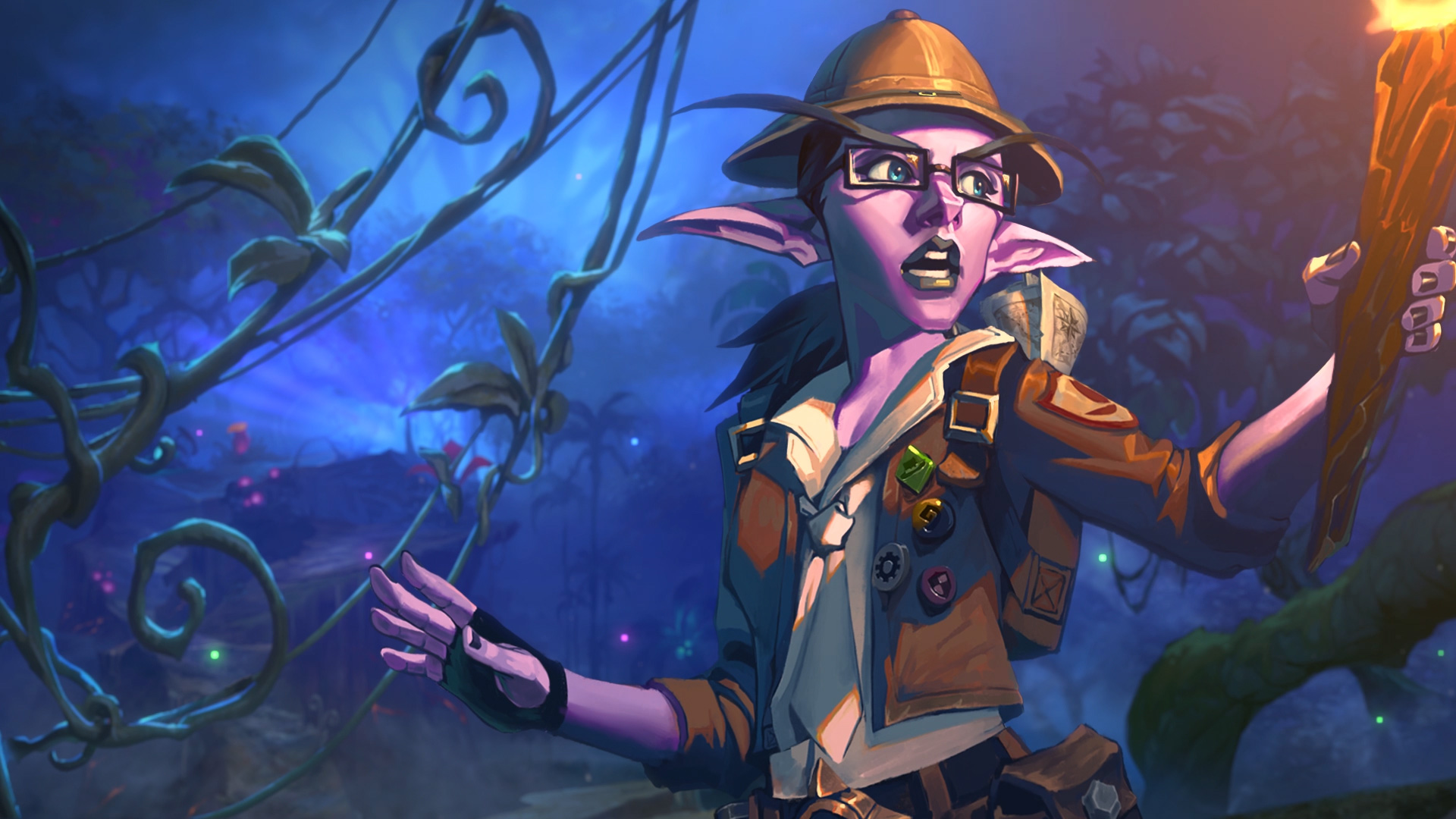 If you thought you understood the Hearthstone meta a week ago, think again. The game has changed.

Thanks to the addition of 135 new cards in Journey to Un’Goro and the loss of hundreds more in the set rotation, the game’s Standard format meta is unrecognizable from what it was.

Decks that previously dominated have fallen by the wayside, and the new mechanics like quests and elementals are taking over. The class balance has been turned on its head, and the truth is that right now no one knows what the best decks are. The decklists are too unrefined and the counterplay is underdeveloped. This article uses the decks compiled by the experts over at IcyVeins, but these are by no means set on stone or the best versions floating around at any given minute right now.

Despite those caveats, here are the some decks ruling the Un’Goro meta in week one.

While tons of new decks have emerged, some of the decks from the previous meta are still around. So what decks managed to withstand the cull, and what has changed?

The best deck that is still around from the pre-Un’Goro meta is Pirate Warrior. Even with the Small Time Buccaneer nerf, and now the loss of cards like Finley, Pirate Warrior remains one of the strongest aggro decks around.

While most players are trying to innovate, those looking to win tournaments are sticking with Pirates. Stan Cifka used this to win Throne of Card (the first big event of the new meta), and 2014 world champion James “Firebat” Kostesich used this in the Hearthstone Global Games yesterday.

Many predicted Jade Druid would dominate the meta in the immediate aftermath of the rotation. Though it hasn’t been anywhere near as oppressive as some thought, it’s definitely strong. Living Roots and Azure Drake were strong cards in the deck, but by no means vital to its meta survival.

Two other archetypes have survived the rotation with players still trying to make them viable—as they have done since the beginning of the game. No matter what you take away from Freeze Mage, the best players in the world will always try and make it work. The deck is very much in flux, with some players trying to make a Time Warp quest version work while others are just focusing on burn.

Control Priest is also hanging around, with players experimenting with different ways to make it viable.

Some of the new quest cards are very powerful. Some might say too powerful, but they are giving rise to whole new strategies.

The Rogue quest deck was one of the first decks to grab headlines in the immediate days after Un’Goro‘s release.

This version adds cards like Moroes and Violet Teacher to help build a board that can be turned into 5/5s. But really that is secondary to the strategy—slam a card like Swashburglar of Deckhand, bounce it and play it again. Repeat until 5/5s appear. Some players are already complaining about this deck, but for now let’s just enjoy Stonetusk Boar being a real card in a real deck.

Quest Warrior might end up being the Secret Paladin of this meta. It’s definitely strong, but eminently beatable. And the strategy mostly involves just playing good cards on curve.

Once people figure out how to really play this deck, it will be interesting to see just how scary it can get. Right now, while most players have failed to get the message that it’s not always correct to play the quest on turn one, it’s bubbling away.

As well as the previously mentioned Mage quest deck, which is either being played with a Giant or Antonidas combo as a finisher, the Hunter quest has also seen some play.

Who would have thought that the return of Hunter to the meta would be a cause for celebration?

Well, that is exactly what’s happening. The Hunter quest was pretty ludicrous in the early days of the meta, with tons of one-drops and chaining Raptor draws. Most top players have now switched over to a deck with more of a classic feel—Midrange Hunter.

Like Freeze Mage, Midrange Hunter decks have existed for most of Hearthstone’s life. Savannah Highmane, Houndmaster, and Animal Companion might once again be dominating the meta in Un’Goro, thanks to wide array of powerful new tools available like Jeweled Macaw and Crackling Razormaw. This graphic shows just how unrefined a deck can be at this stage—but also the wide range of options available.

No matter what you do in Hearthstone, it seems that one thing will always remain true—Zoo is immortal. Unless Blizzard takes out all of the good early minions and doesn’t print any more, the deck will always find some level of playability.

While the Warlock quest appeared tailor-made for Zoo, most have moved away from it after initial testing to focusing on the power of the Discard mechanic itself. Clutchmother Zavas can be incredibly powerful, Ravenous Pterrodax was one of the cards identified early on as being very strong in the set.

Building on the discard power added in Karazhan, Discard Zoo now has the potential for huge swing turns. The list above doesn’t use Lakkari Felhound, the very powerful taunt minion, but that can certainly help win against other aggressive decks.

Shaman may have lost Tunnel Trogg and Totem Golem, the driving force of its previous aggressive archetypes. But thanks to a plethora of new cards, Elemental Shaman has filled the gap.

Big cards like Kalimos, Stone Sentinel and Blazecaller look important—but really, Fire Fly is the key to this deck. If you can hit that and start the elemental train rolling, this deck can hit power turn after power turn and be basically unstoppable.

The deck is a hybrid of more brand new cards than most other decks, and the core of Shaman like Fire Elemental, Lightning Bolt, Hex, and Lightning Storm. It has strong tools for controlling the board and resisting aggro, including the new Hot Spring Guardian, and damage for when it needs it.

Of course, if you feel the need to do something aggressive, Shaman still has that ability. The new Unite the Murlocs quest which can lead to an endless supply of Murlocs hitting the board.

The time just after the release of an expansion is the most exciting for any card game. Once the card packs have been cracked open and the legendaries crafted, playing the ladder can be an extremely volatile and unpredictable experience.

The truth is that this list of decks is nowhere near exhaustive of what is being played right now—and could be out of date very quickly. So get out there and play, experiment, and iterate. If you can’t love Hearthstone right now, the game isn’t for you.