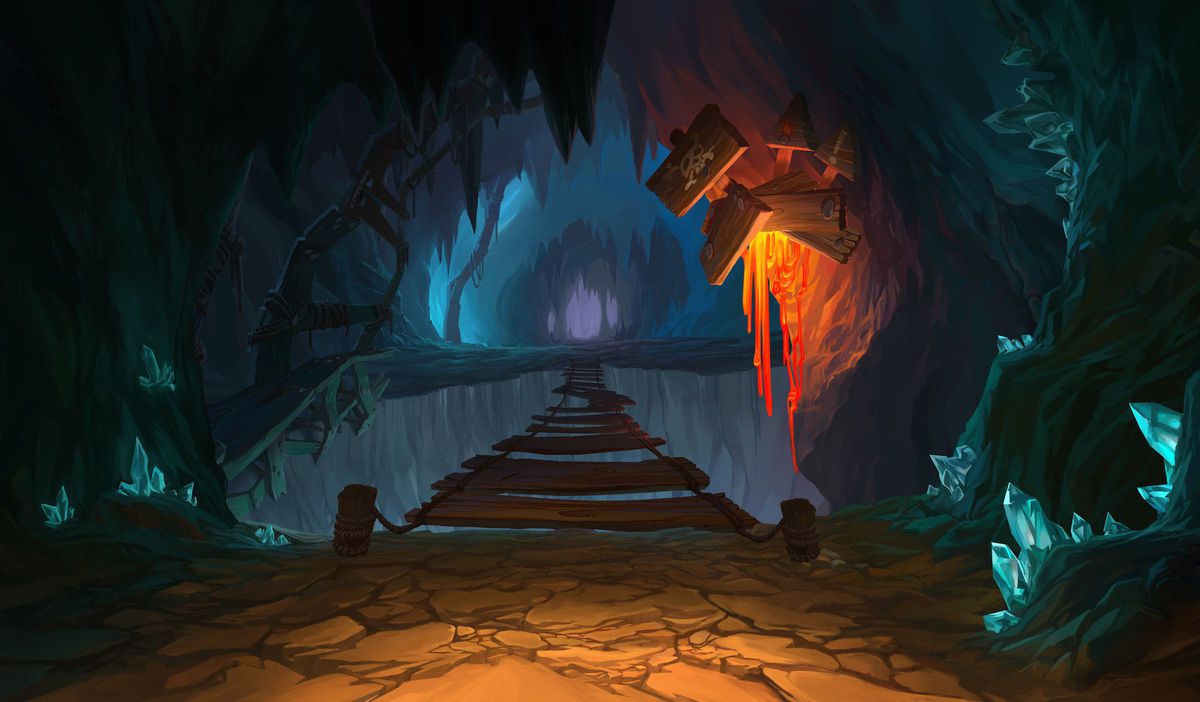 Aggressive cards and control cards alike can provoke those reactions. Community outrage doesn’t discriminate. And whether it’s cards that have now rotated out, cards on their way out the door, or new terrors looking to dominate for years to come, there’s been a lot to cry about this year.

Not all the most powerful and influential cards are sources of outrage, of course. Some simply dominate the meta, and the ladder. These are the cards that defined Hearthstone in 2017—some of which may well control 2018, too.

Looking back, no matter what your feelings on the card, Reno Jackson will always be hugely influential on Hearthstone‘s meta. It breathed life into a whole new type of deckbuilding: the highlander decks. Reno Mage and Reno Priest were both viable decks at points, but it was Reno Warlock that really drove the meta. It was the most powerful control deck around for a considerable amount of time.

Perhaps the biggest testament to the card’s importance was that the highlander decks all but disappeared once Reno Jackson rotated out—at least until Knights of the Frozen Throne came out.

While not directly benefiting or being related to the highlander effect itself, Shadowreaper Anduin—the Priest hero card—resurrected the deck type for Priest.

Anduin’s powerful hero power can be used multiple times a turn, and wouldn’t it be great if that hero power cost zero mana? Enter Raza the Chained. That card requires a highlander deck, bringing Kazakus back into the meta too. Razakus Priest dominated the last expansion meta, and as the dust settles after Kobold and Catacombs coming out the deck is once again on top of the pile.

Knights of the Frozen Throne brought in one of the most controversial cards in the history of Hearthstone—Ultimate Infestation.

At ten mana, some people thought it would be too slow. But the sheer impact of its myriad of effects meant that it represented one of the biggest tempo swing cards in the game. Compare it to Firelands Portal, for example—it does the same, plus draws five cards and gives five armor for just three more mana. Playing against Jade Druid, the prospect of Ultimate Infestation on turn 10 became a depressing inevitability.

For a long time players were crying out for a nerf, but instead Spreading Plague was the card that took the hit. Ultimate Infestation remains an important part of Druid’s identity going forward.

If there’s one card that people are really looking forward to rotating out of Standard this year, it’s Patches the Pirate.

The little, unassuming 1/1 has been the cause of much rage to players everywhere since it was brought in. It’s not the power level of the card in a vacuum that’s the problem, it’s the fact that it creates a snowball effect of early momentum. The ability to create early game tempo meant that Patches found his way into almost every aggressive deck this year. Whether it’s Shaman, Warrior, Druid, or Rogue, players are finding ways to put pirates into their deck—all so they can play Patches.

The good news is that Patches only has a few more months to live, in Standard anyway.

Corridor Creeper has only been in the game for a few weeks, but it’s already making a big impact. Who doesn’t love playing a zero mana 5/5?

This card is pretty much an auto-include in every deck now, because it’s almost always useful. If you’re playing an aggressive board flood deck, you’ll play lots of early minions to get board pressure straight away. If your opponent has removal, it just makes your Creeper playable. If you’re trying to face down the flood, clearing a board and then playing a 5/5 can help you fight back into the game.

Corridor Creeper is very new, but expect it to be a significant part of the meta in 2018.