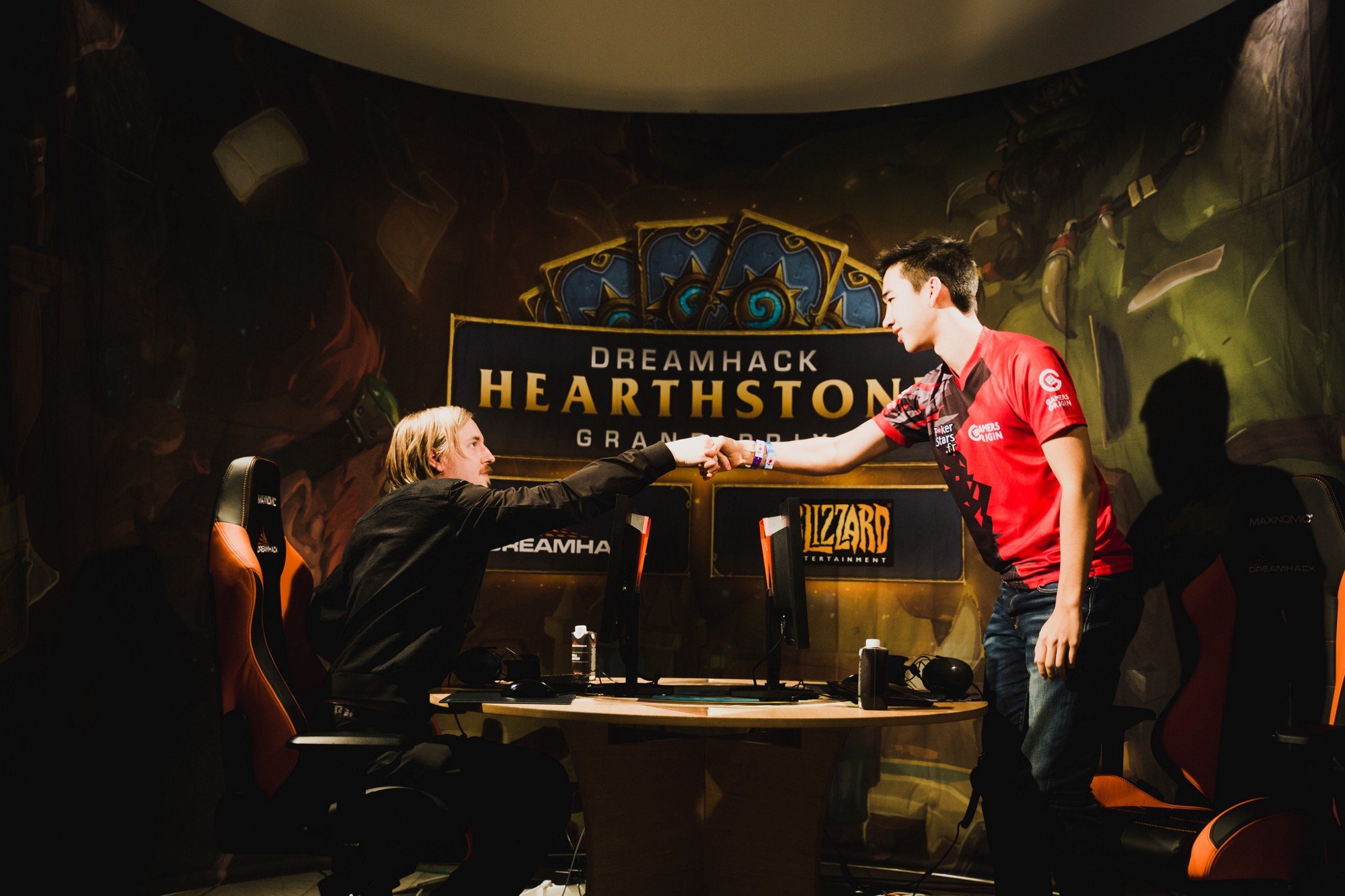 Louis “Mitsuhide” Bremers is the last DreamHack Hearthstone champion of the year, after years of grinding in the underground circuit.

The Dutch player has been an ever present name on the European tournament circuit, considered by his peers to be a strong player waiting to break out. With a major title and $8000 to his name, it is fair to say he has now arrived.

Mitsuhide had a relatively untroubled run through the bracket stage, with HCT semifinalist Mikuláš “Pokrovac” Dio the biggest name he ran into. Mitsuhide also beat the Czech player in the final round of the Swiss stage, as well as Pokrovac’s team mate Old?ich “Faeli” Mahdal and DreamHack Austin champion Keaton “Chakki” Gill finishing with a 7–2 record.

Mitsuhide played a mixture of Druid, Hunter, Shaman and Warlock throughout the tournament showing a strong command of his decks.

With his first win under his belt, Mitsuhide is now a lock to reach the 2017 HCT Europe Winter playoffs. He will also compete in the World Cyber Arena tournament in China next month, having won the European qualifier in August.