A wind of change is coming, but with it so is the end of Leeroy Miracle rogue, but fear not! Your

edwin-vancleefs will not fall into the obliviousness of Disenchanting!

Miracle rogue will survive, but now there are some differences in the deck and the play style that will be made here, and I will try to guide you as much as I can through how I think miracle will function post-nerf-day.

We have 10 days to prepare ourselves – let’s get to it!

Miracle: The New and the Old

First, I would like to talk a little about how Miracle rogue’s current form was born.

Some time ago a dude named Atak made a Malygos Rogue control deck, similar to the old miracle everyone used to run, that would use the

gadgetzan-auctioneer as a powerful draw engine that would allow him for total board control, his finisher would be a big and scary

malygos that not only was hard to remove, it would also make his spells hurt a lot when thrown at their opponent’s face. After some time people realized the Leeroy version of his updated deck was better and stronger, and after some time the Malygos Rogue deck vanished.

With Leeroy’s nerf just around the corner, I think it is time to go back to the Miracle Rogue’s origin, and instead of playing a OTK combo-ish deck, we should go back to play the oppressive control-ish deck with the big bad dragon finisher:

Now, there has been some time and although we could try, I do not think we can play the exact same version as 4 months ago, we need to update and adapt to the new Naxxramas meta, and this is where my Theorycrafting and Deck building skills comes into play!

A lot happened between 4 months and now, Naxxramas came, and with it a whole different meta game, even after the nerf the meta game will never be as it was 4 months ago, we need to change!

Thinking on that, I started to have some ideas about how will rogues be able to live in a meta filled with a pesky 5-healthy taunt minion that everyone is using, and although it might not seem like a big deal,

sludge-belcher is indeed something we should worry about.

We can not go for the Bursty solution, no longer we have the option to win the game in one big turn dealing 20+ damage, we will have to maintain control of the board, and we need new, cheap and strong minions, that is where that little lamp appeared on top of my mind: 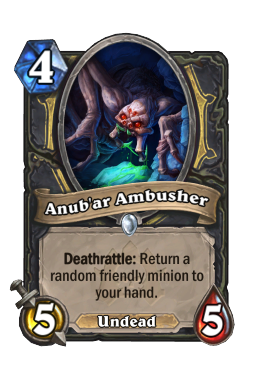 Of course! Belcher has 5 Health, we run little to no minions, we need something sticky to hold on to the board, hell, everything we need for the Malygos rogue is there, right in front of us! Thinking on it, I started developing the build I now present you guys: The Naxxramas Malygos Control!

How the Deck Works

The deck works differently than the soon-to-be-gone Leeroy Miracle: You have to always go for board control.

malygos, although a good finisher, is not something we should need in order to win a game, we have the benefit that we wont have dead cards in our hand anymore, which means there will be more ways of maintaining that board control than before.

Also, Malygos is a lot bigger than Leeroy, and although we can not win out of nowhere, we now have a minion that is not for sure to die the turn after it hits the board:

malygos is sticky. simple board wipe spell will not kill him, only direct removal (which some classes don’t even have) is enough to kill Malygos. This makes it so if the opponent has no way of responding to Malygos, even if you fail to kill him the turn Malygos landed, you’ll still be able to finish him off the turn after!!

How to Play it

The deck works similar to the current Miracle, except that you will not be counting on the Leeroy finisher to win you the game anymore: always go for board!!

Hold on to your dagger, only attack with it to kill a minion or if you have the mana to renew it. Unless you are playing against Zoo, hold on to your spells and remember Edwin is killable, try to remember you’ll need as much spells as possible to cycle with your Auctioneer, spending

preparation without the need might end up in the game’s demise.

Remember you don’t have to freak out about taunts anymore, Malygos makes it so you can hurt your opponent directly in the face without having to interact with the board as soon as it hits in the late game, but try to keep control of the board regardless, a clean board means a clean win.

The reason I kept

big-game-hunter in the deck is that now with Hunters gone, Miracle’s natural predator is also back: The Handlock, which means you’ll need a way to remove their early giants, and no one does it better than our lovely dwarf.

There are a lot of changes we’ll still need to do, everything I posted here is theory, but I do belive we are on the right track: Malygos Rogue is the new deal.

So now you have something to try out on September 22nd. Let’s show them Miracle Rogue isn’t dead – but evolved!

Liked my stuff? Share, comment with your friends, remember Hearthstoneplayers is the only website that support its writers, we also have the biggest Hearthstone content on the internet, and it’s really nice to have you all here with us =D

Wanna find me in the socials?