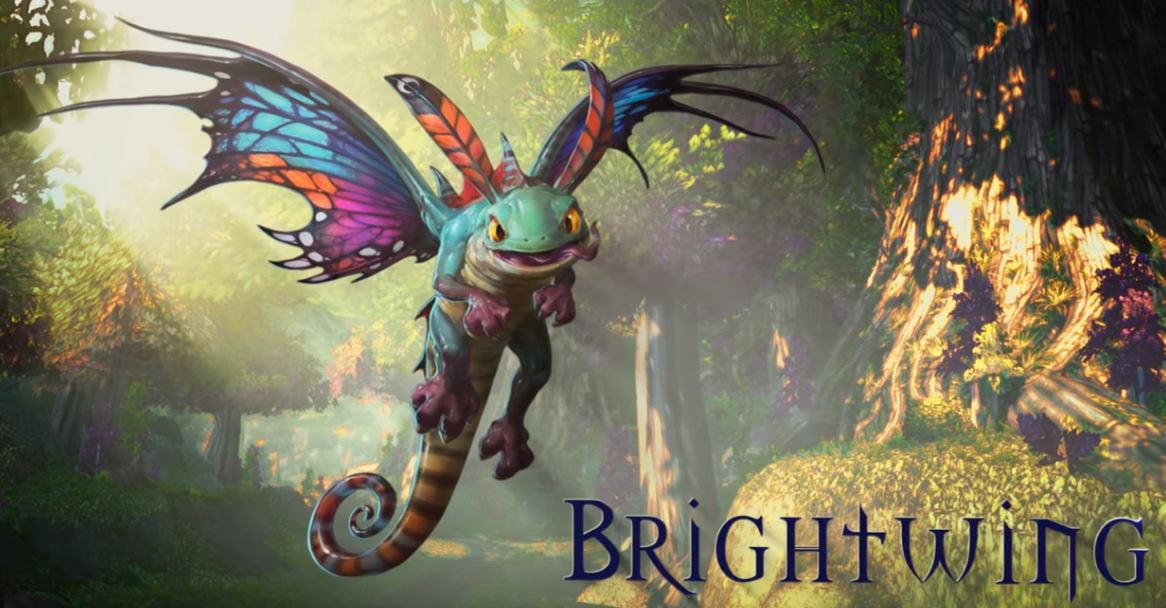 Brightwing is probably the most adorable flesh-eating creature from the World of Warcraft universe. And we recently learned that Brightwing is bringing her special brand of carnivorous cuteness to Hearthstone’s Classic card set.

If you dabble in any of Blizzard’s other titles, particularly Heroes of the Storm, you might immediately recognize Brightwing. The multi-colored Faerie Dragon will be joining Hearthstone‘s Classic set as a three-cost, 3/2 Legendary minion. Brightwing will also have a Battlecry that adds a random Legendary minion to your hand.

So who exactly is the deceptively cute Dragon that will soon be soaring through Hearthstone’s Ranked ladder? Within World of Warcraft, Faerie Dragons are mostly located in the town of Ashenvale or in a magical Druid realm known as the Emerald Dream. Faerie Dragons are incredibly intelligent and are immune to Magic within Azeroth. This makes them the perfect security guards to protect a place like the Emerald Dream, which is constantly under magical threat.

In WoW’s most recent expansion, Legion, the Druid player character helps Brightwing with a variety of tasks, such as planting Dream Seeds and gathering water. Brightwing is also the sister to the Enchanted Fey Dragon mount players can buy from Blizzard’s cash shop.

If you recognize Brightwing from Heroes, your memories of her probably aren’t very fond. Brightwing was one of the most powerful Healer characters in the game following her release, and you could argue that she still is. Brightwing’s kit includes plenty of healing and friendly utility, and she also has access to crowd control tools like Polymorph and Emerald Wind.

Although the three games are totally different, if her involvement in Heroes and WoW are any indication, we can expect Brightwing to make big waves within Hearthstone. Since the character is so tight with the Druid class from a lore perspective, it’s easy to speculate that she was designed with the Druid class in mind. Since Brightwing is a neutral Legendary minion, however, she can be placed in any deck for any class. It’ll be exciting to see what tricks the community is able to pull off with this mischievous Dragon.